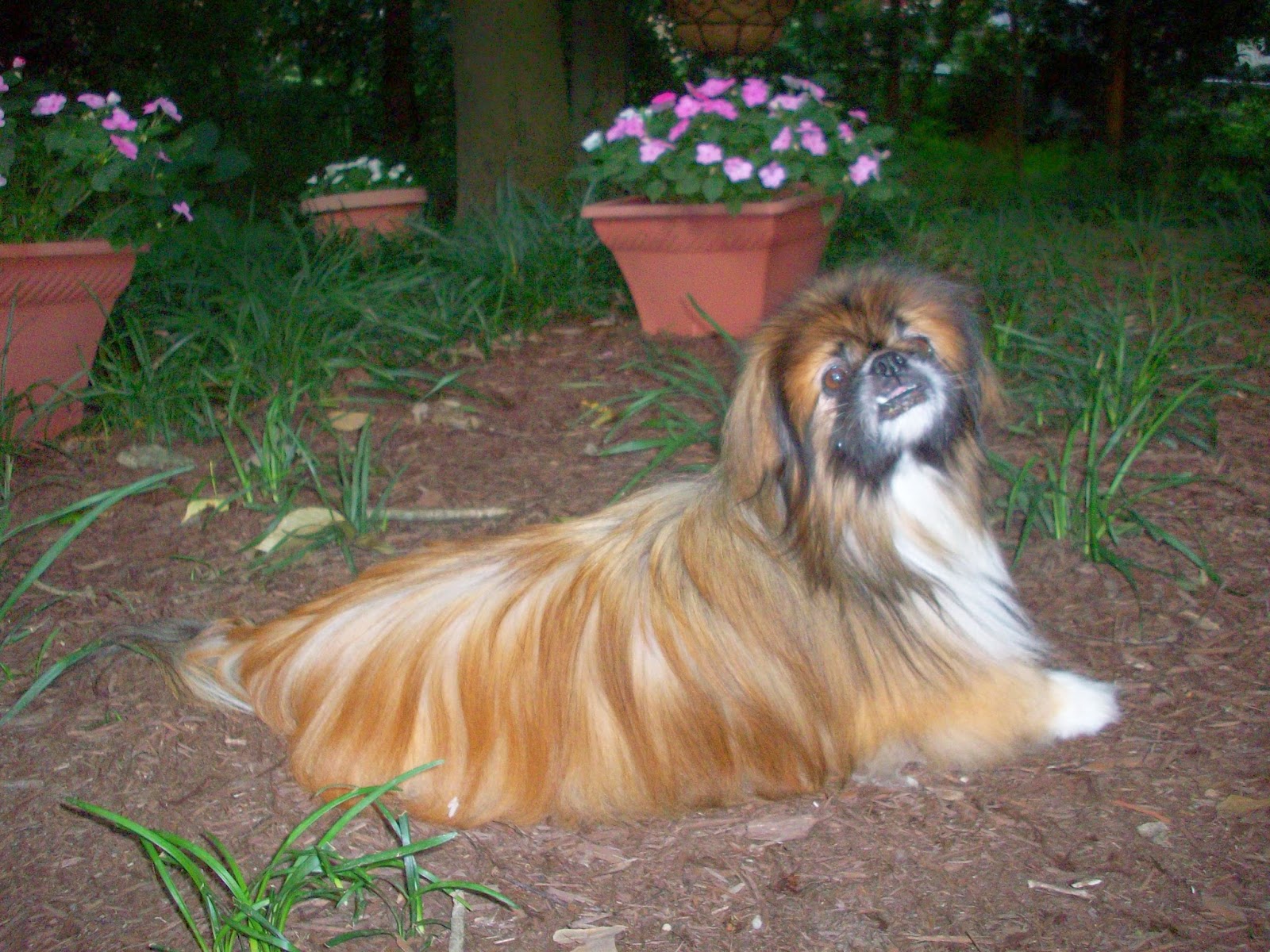 My Scooterbug came to me 13 years ago. 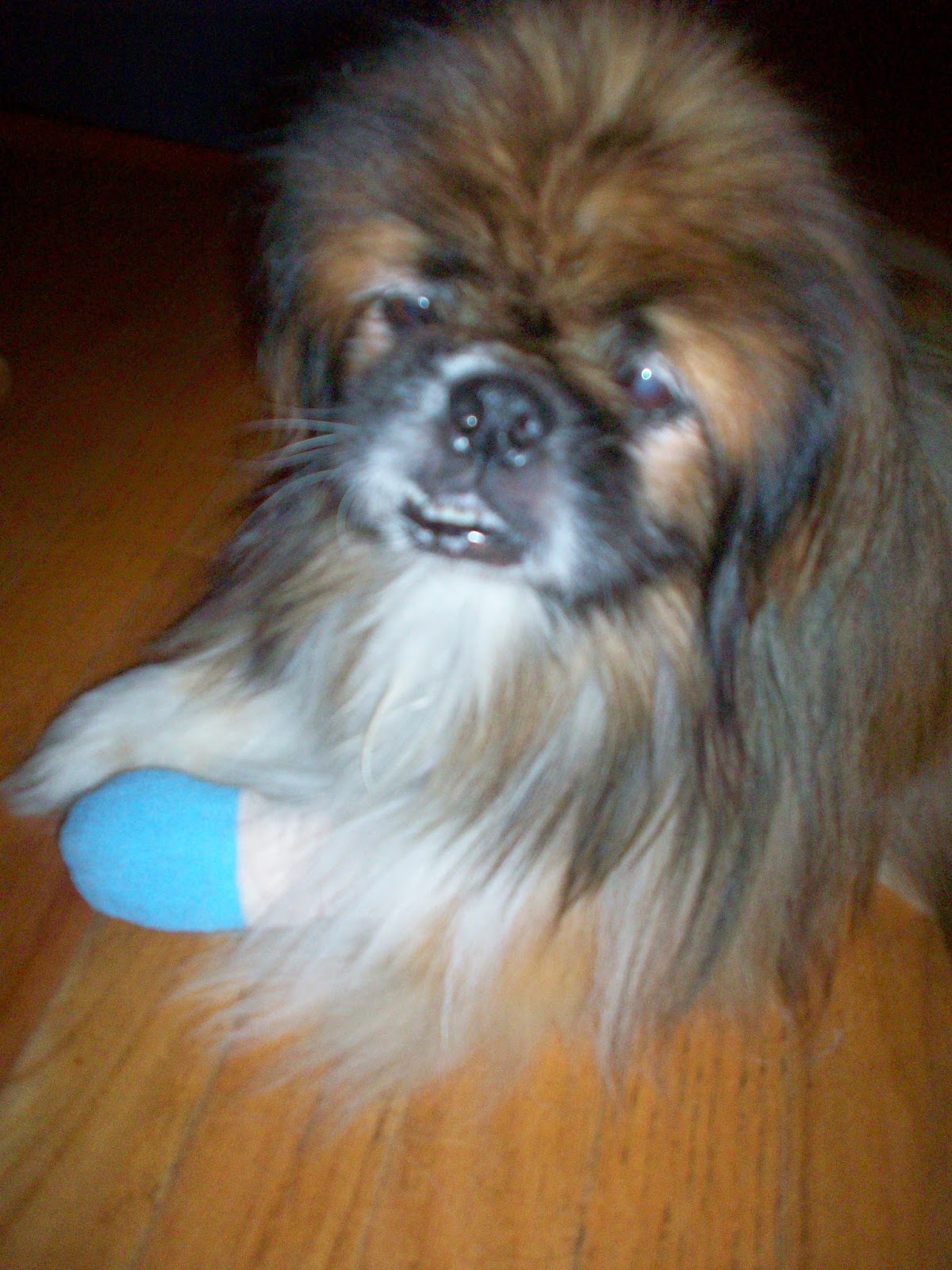 I met him when he was three weeks old and he was the cutest puppy. 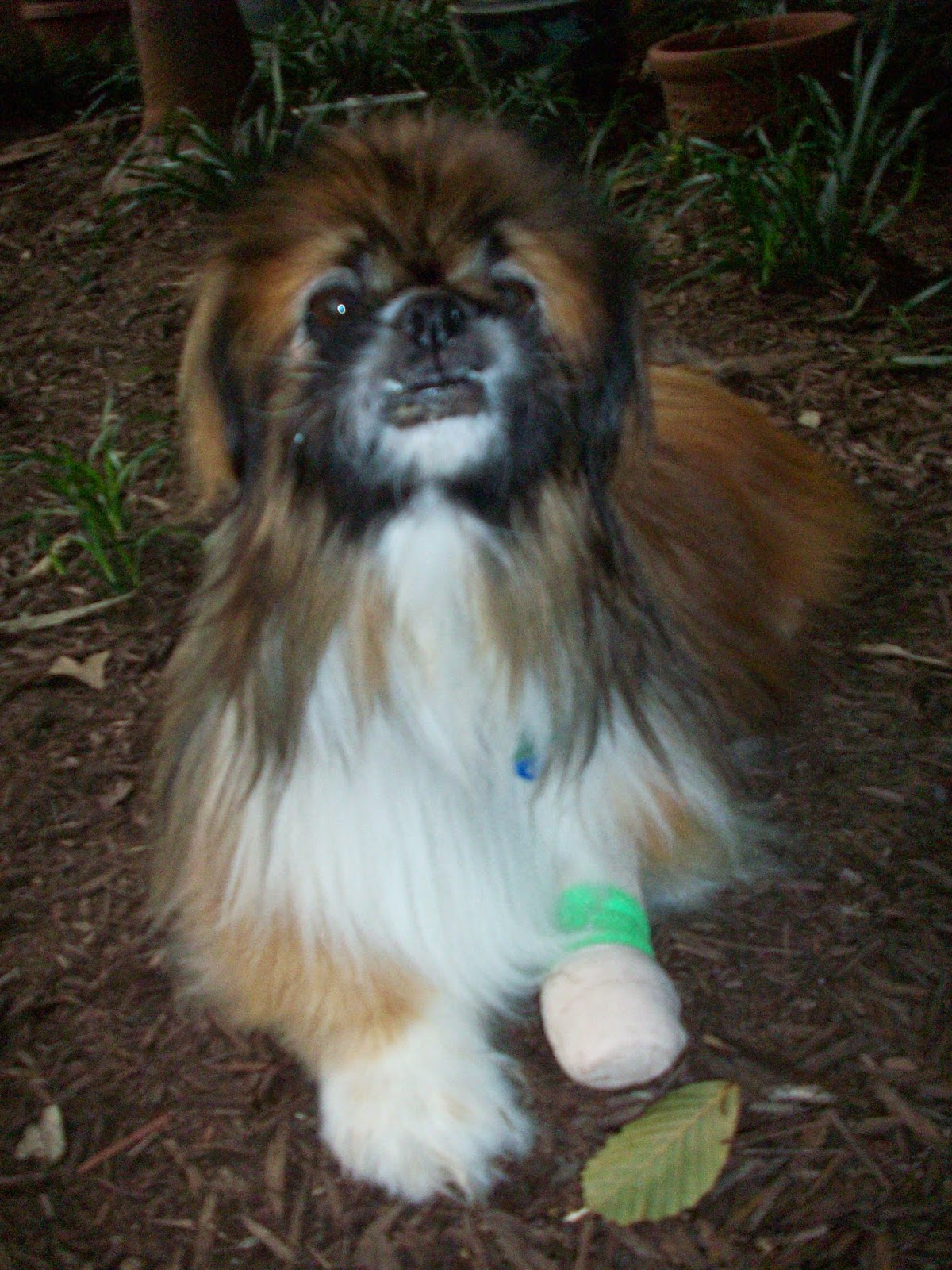 He was inquisitive and could get lost behind the couch, the piano... 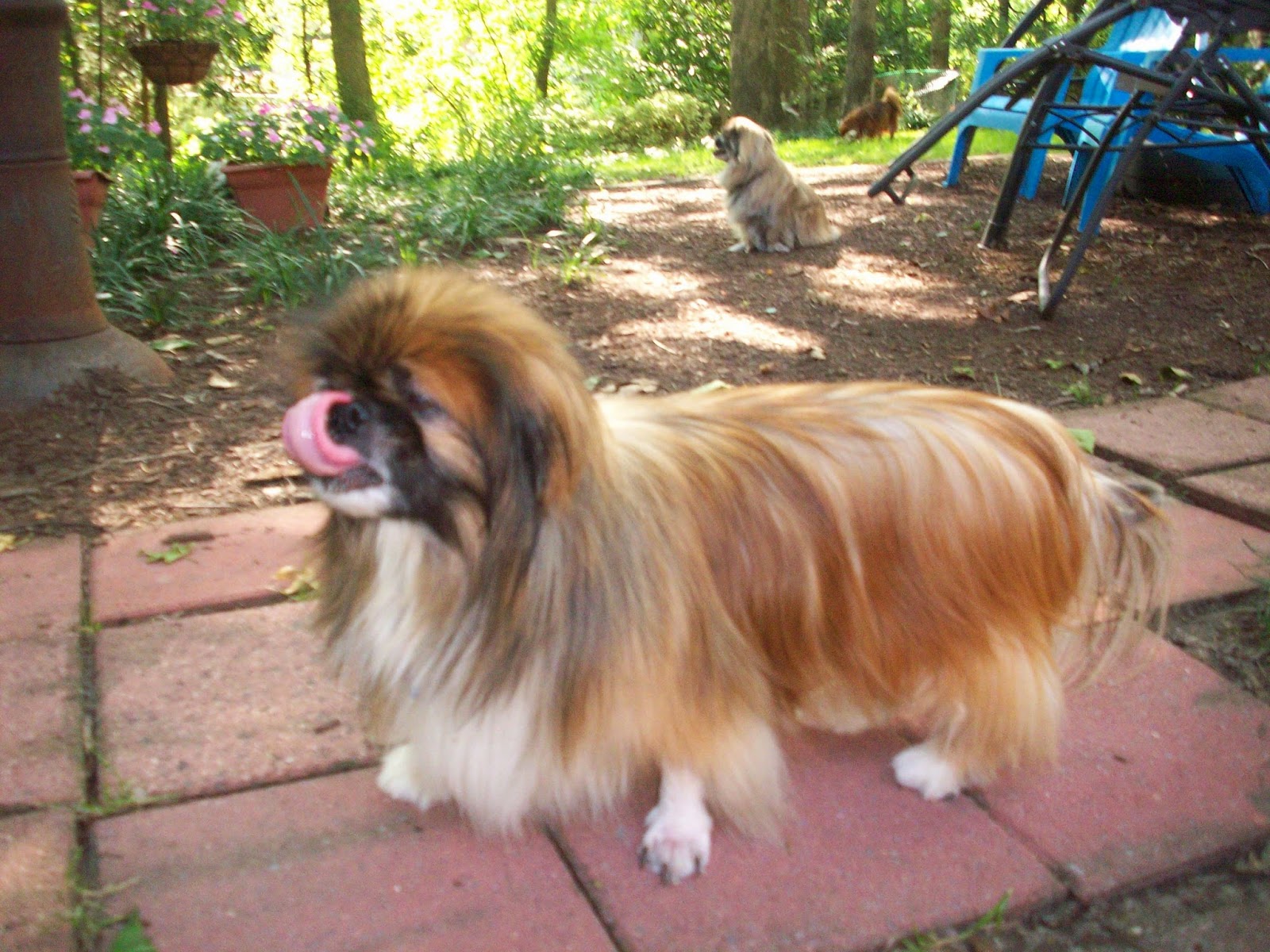 He had the longest tongue!   It rarely was all the way in his mouth. 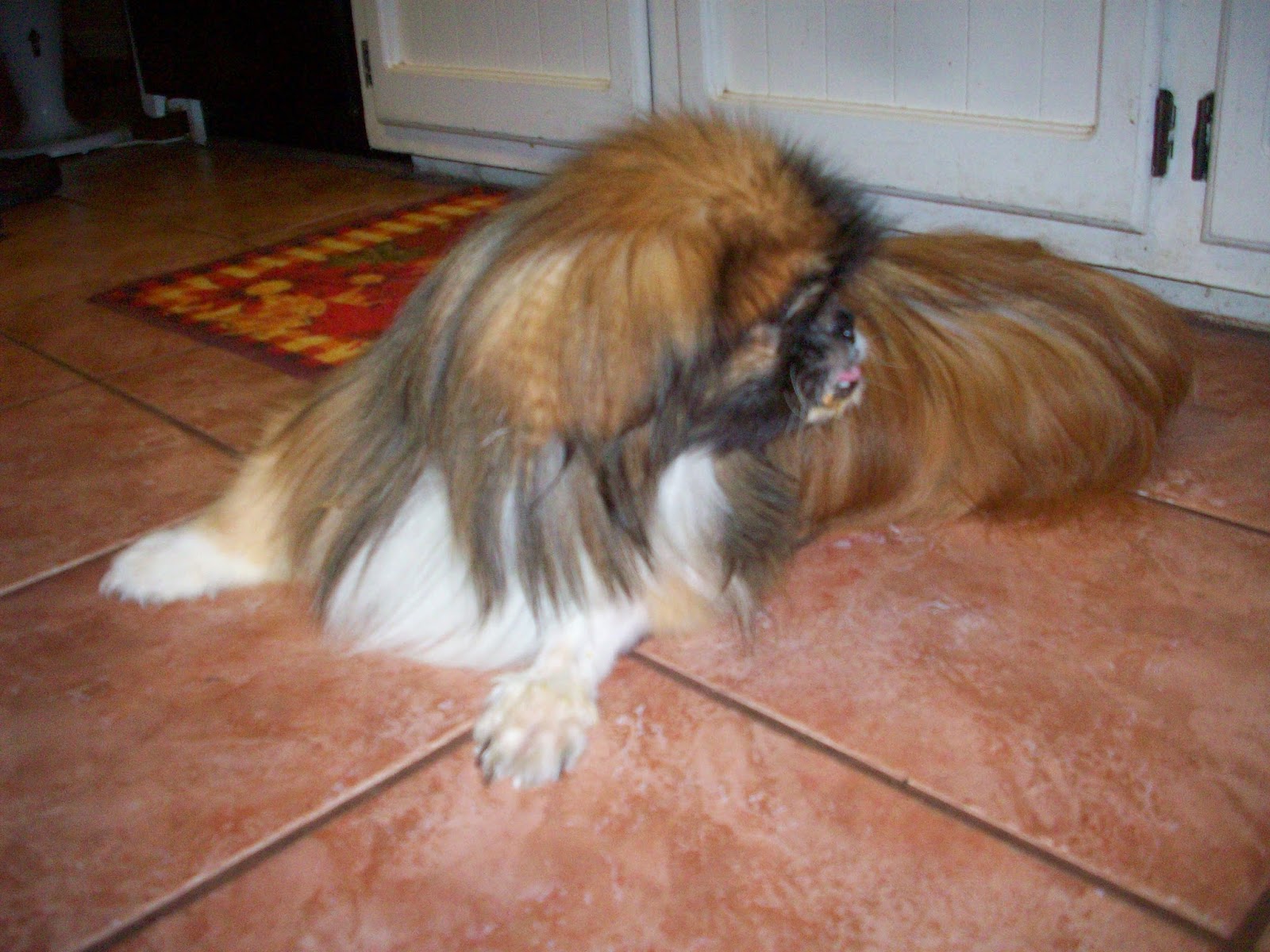 Scooterbug was my rescue partner.    He was with me with every dog I've taken care of for PVPC. 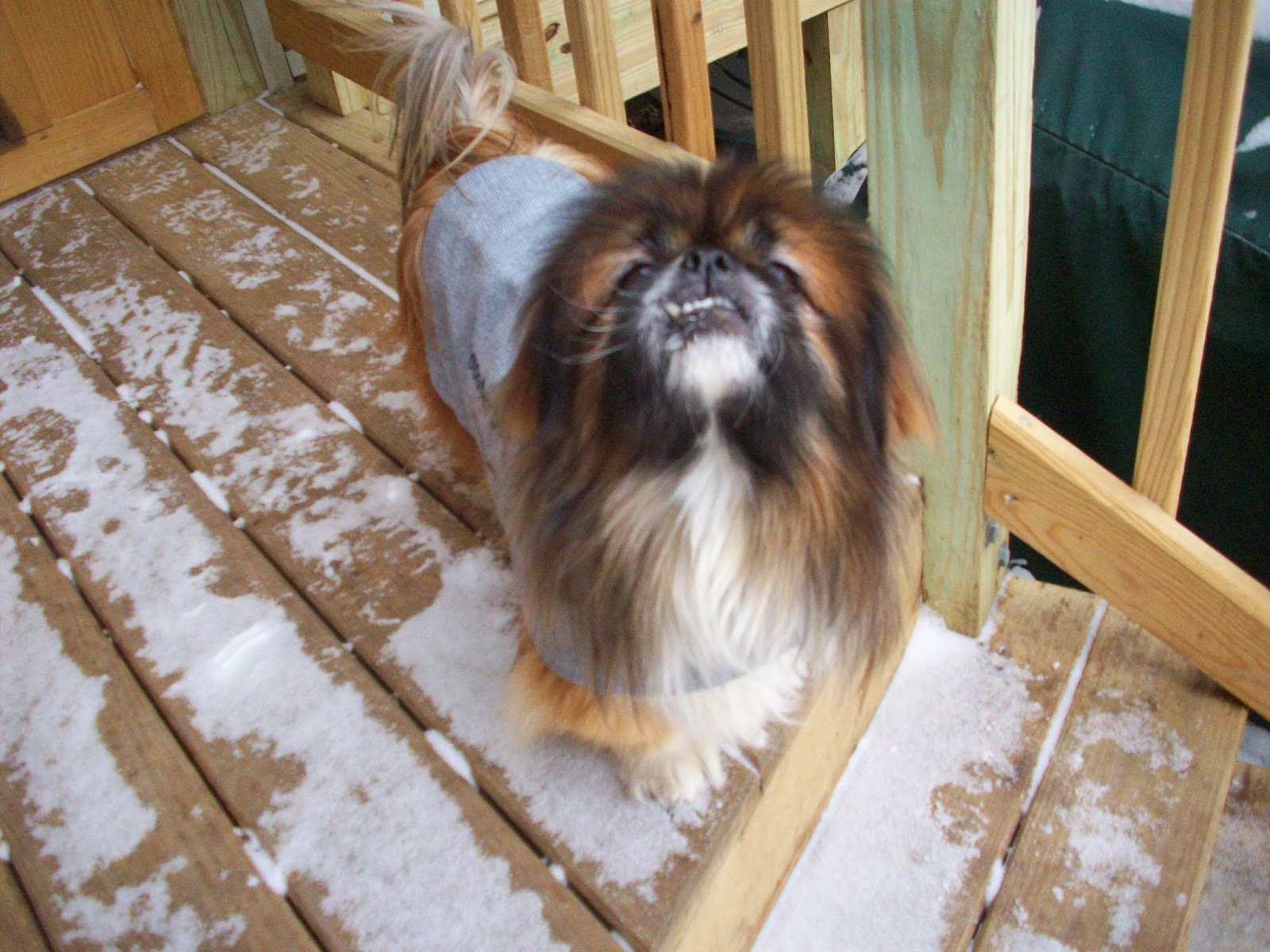 He knew how to let them know they were safe.  He was always the first to greet them. 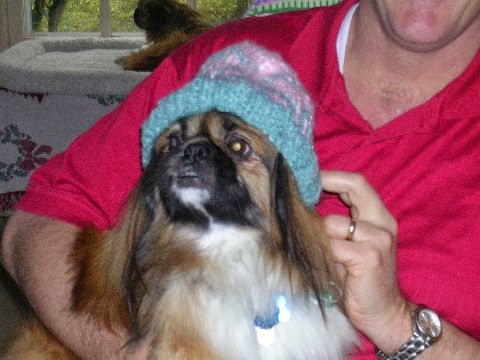 He would even lay on the floor or grass and wave his paws at them to let the know they would not be hurt here, they would be cared for and loved. 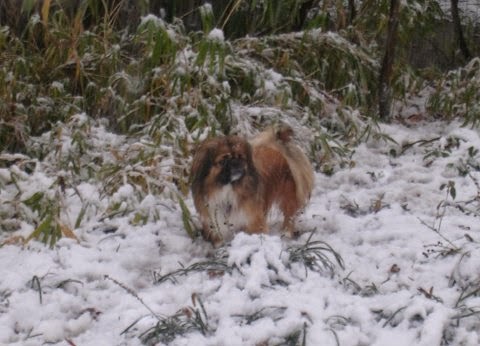 Scooter was always ready to meet a new rescue.   There was just something about him that could calm them down. 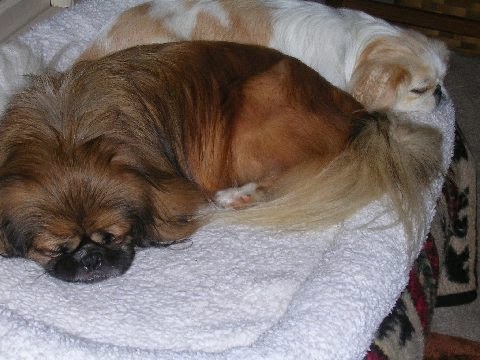 Scooter wasn't the brightest cookie in the jar.    He just wasn't really smart.  We knew that. 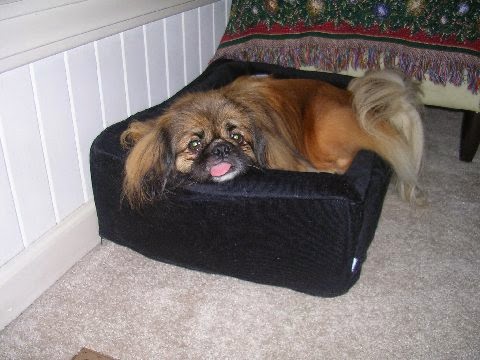 But, he had an abundance of sweetness. 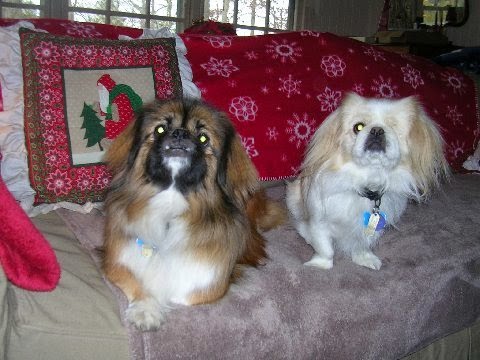 He always had an inquisitive look on his face.    Here he was with Bailey, a foster who stayed. 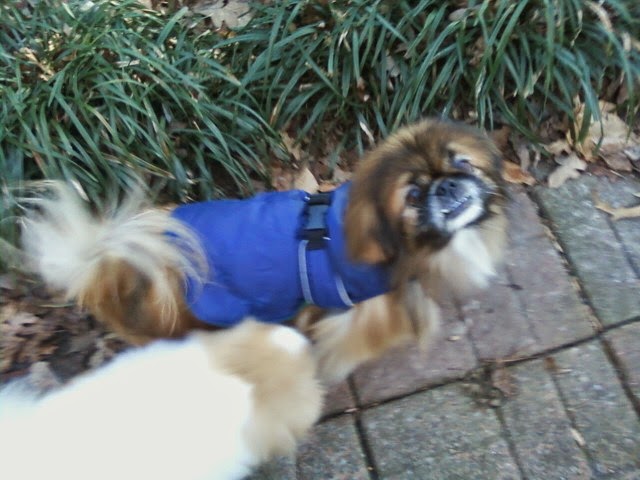 Scooter began having seizures when he was under 2 years old.  He had to go on seizure medications. 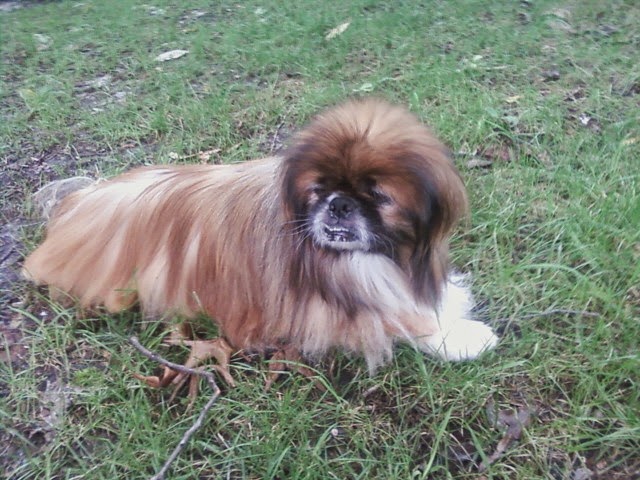 Those are processed through the liver and eventually (after 11+ years), his liver began to show the effects. 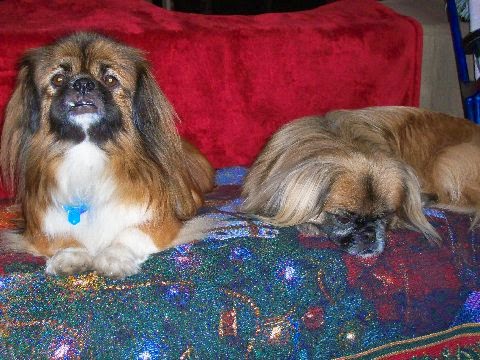 He was in a coma for three days last year.   'That's when we began to realize his liver was not as good as it used to be.   I feel I was given an extra 15 months with him after that. 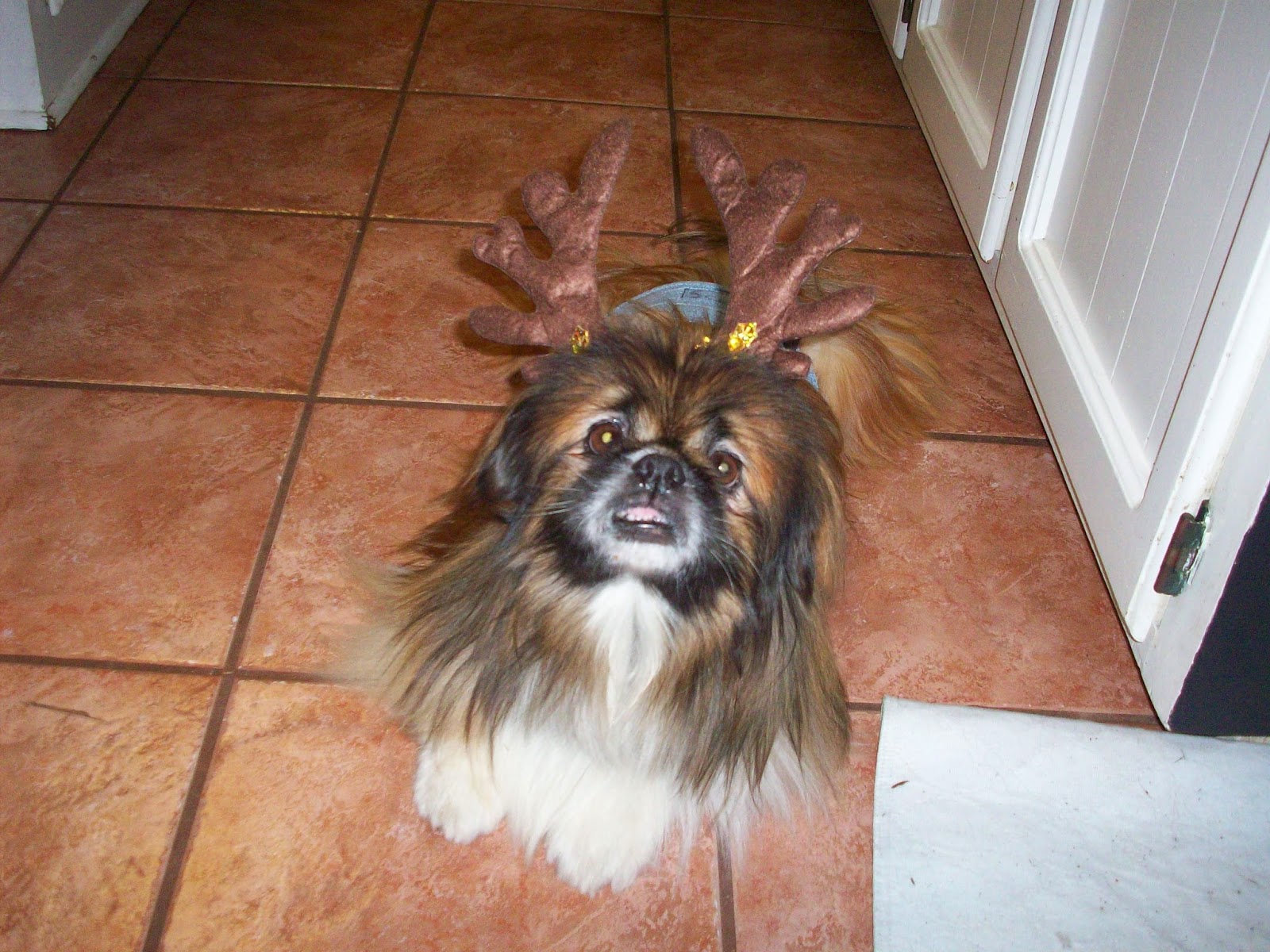 Scooter was a good sport-- even when I put reindeer ears on  his head.  I think this is one of my favorite pictures of him.   Can a face be any sweeter? 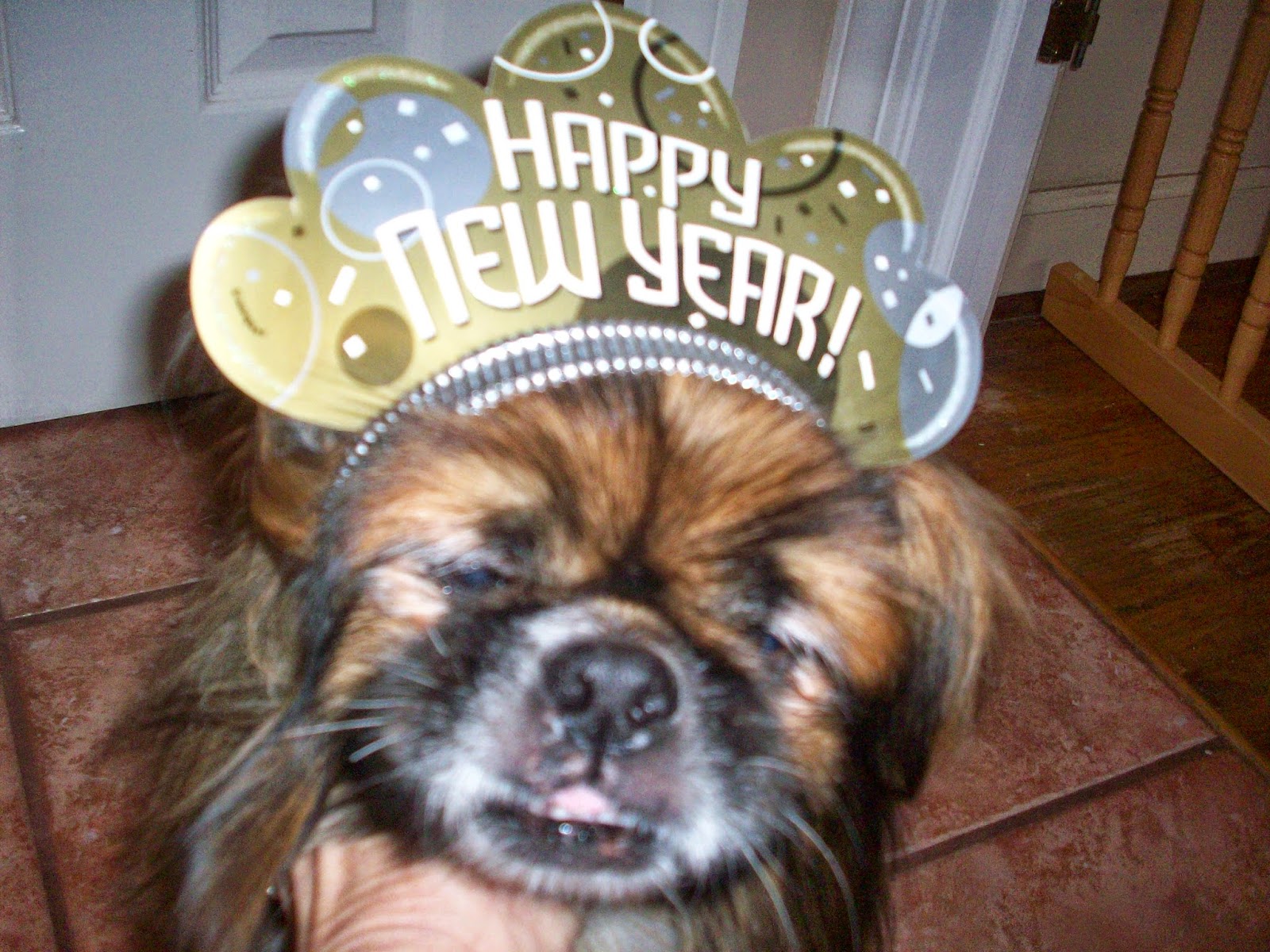 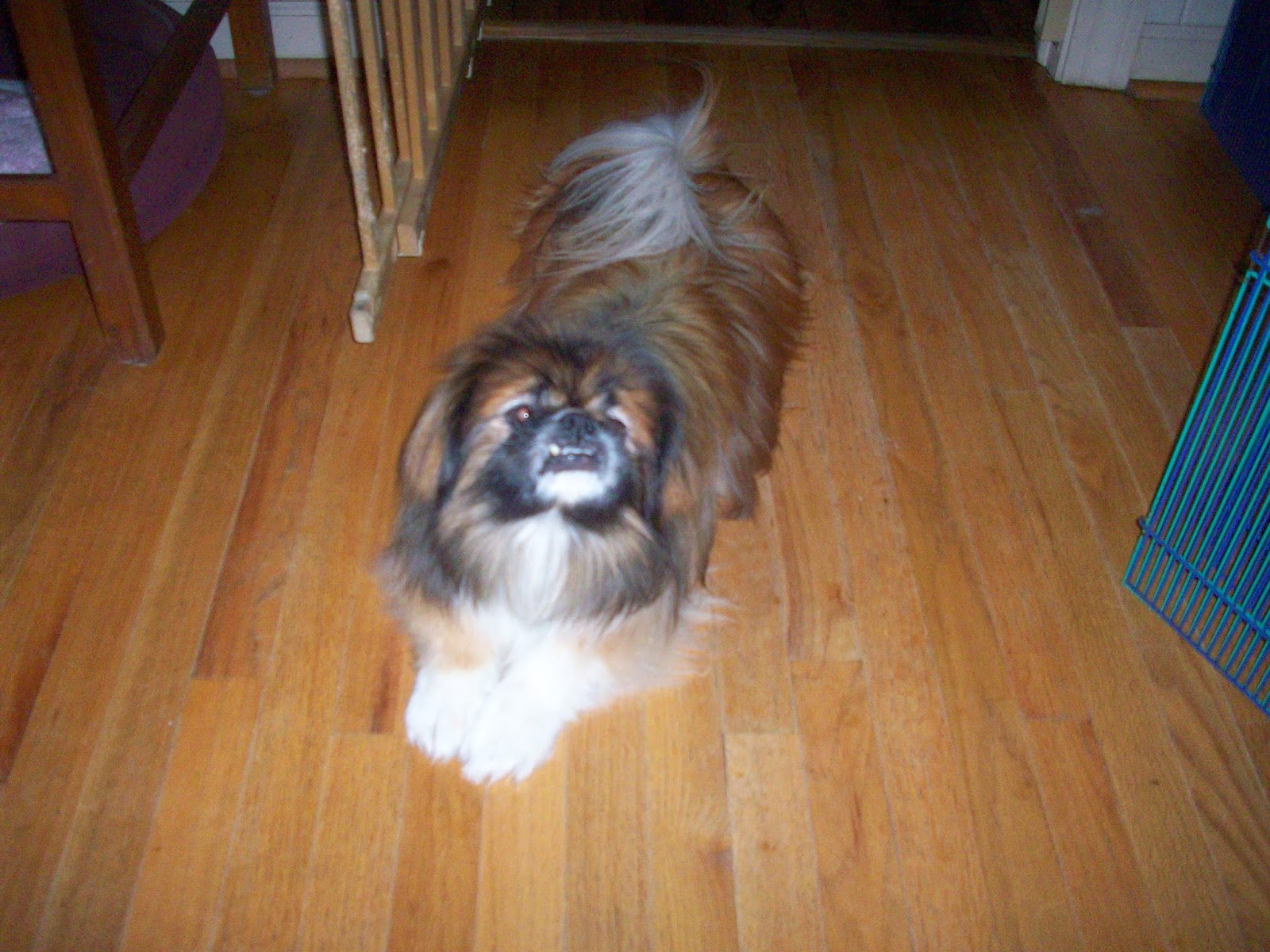 He enjoyed just hanging out-- stretching, being near me. 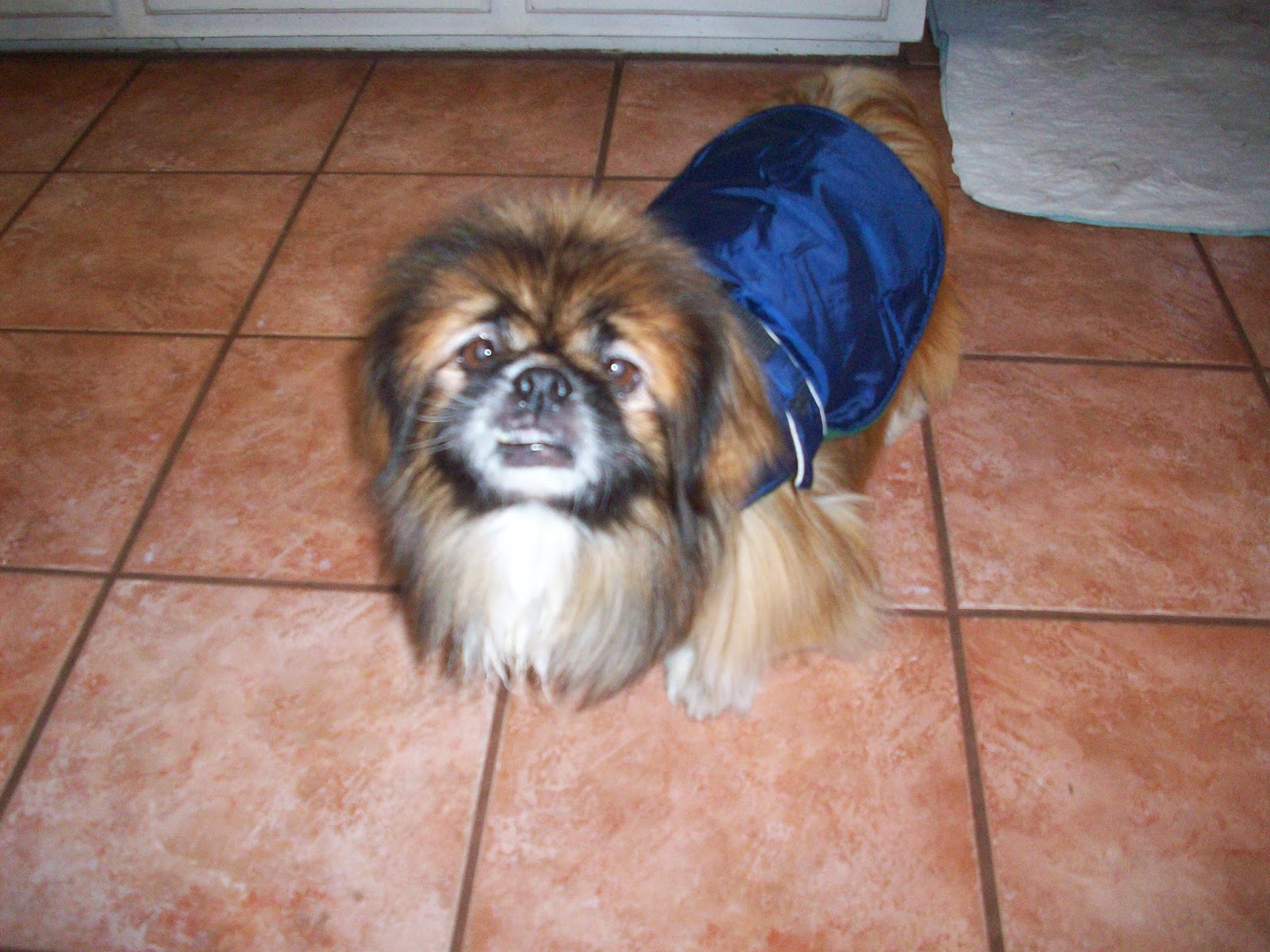 He had little jackets that he could wear if it was too cold-- he loved the snow! 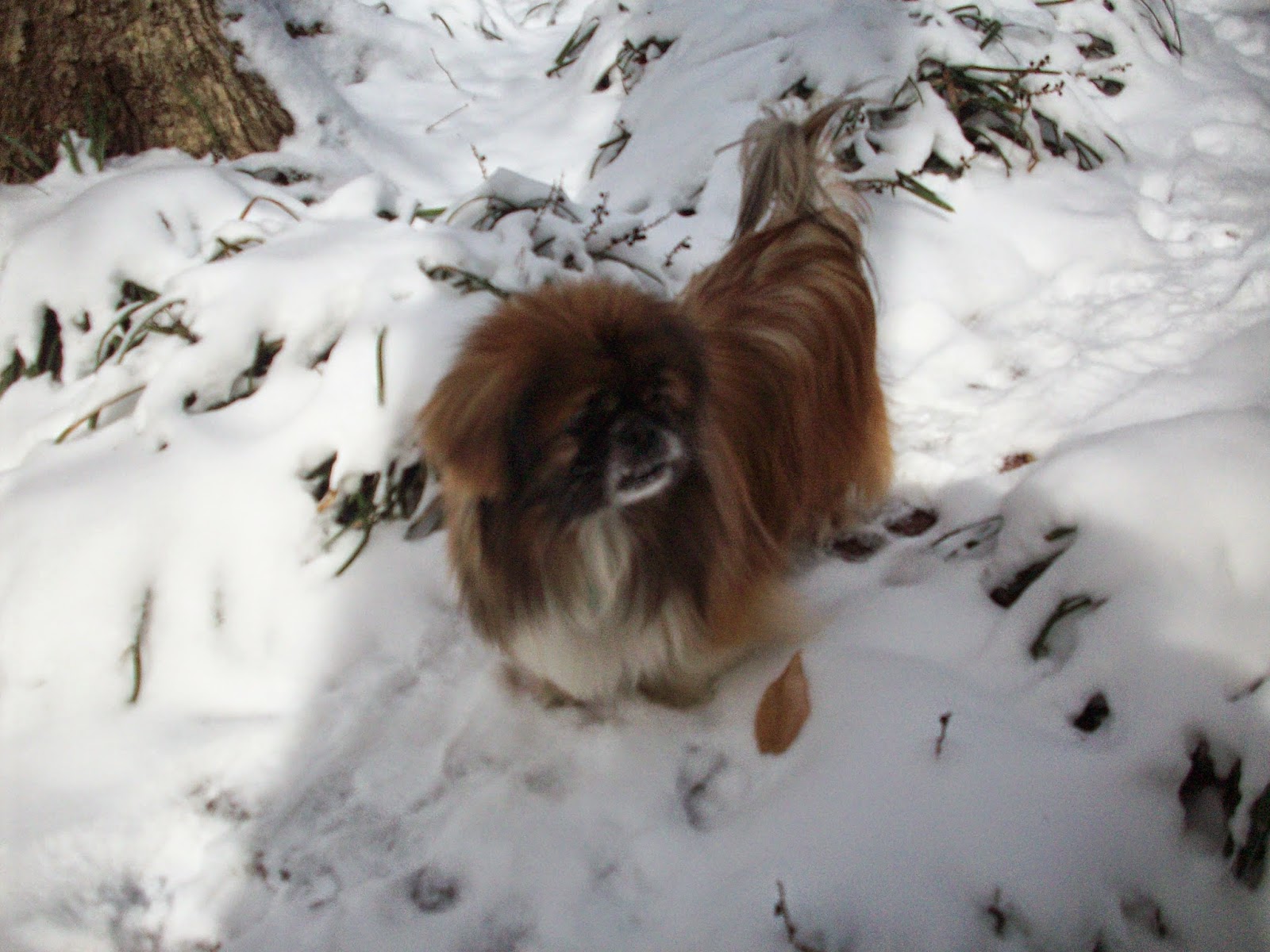 Scooter had a beautiful flowing tail earlier in his life, but as his health began to go down, his tail lost most of its hair.   The rest of his coat was stunning.   He was such a beautiful boy. 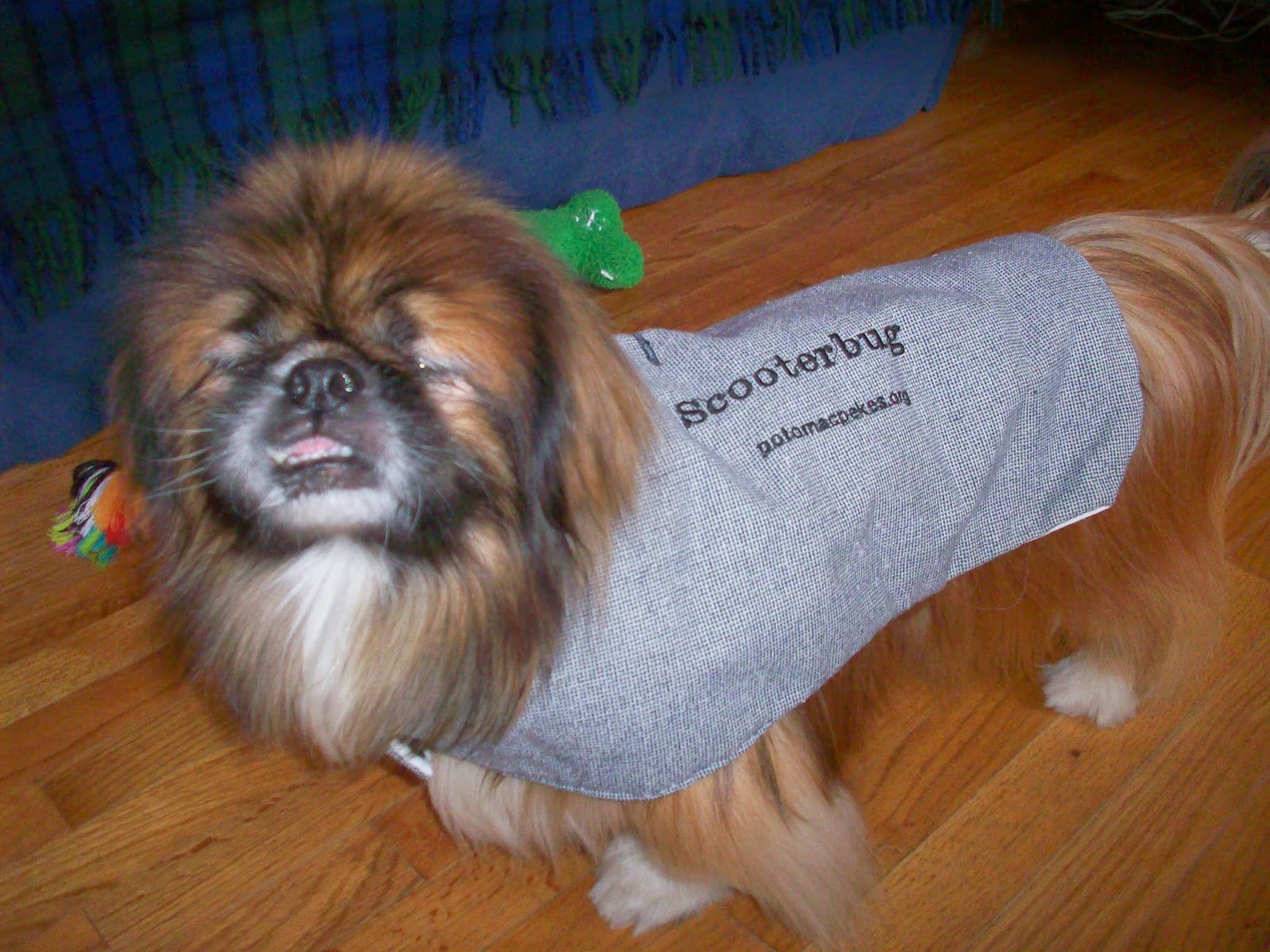 He had a jacket with his name on it. 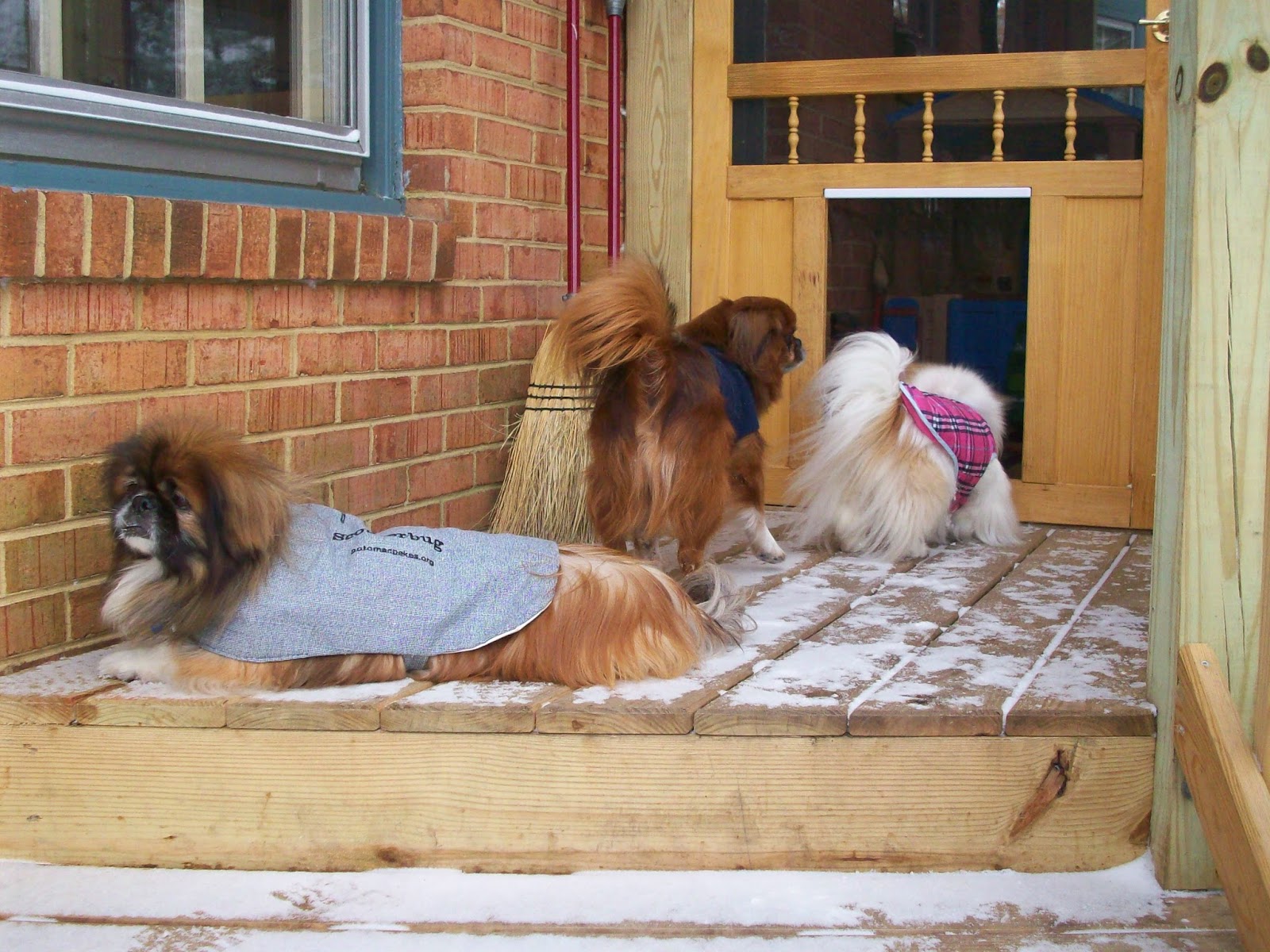 He was pretty fancy! 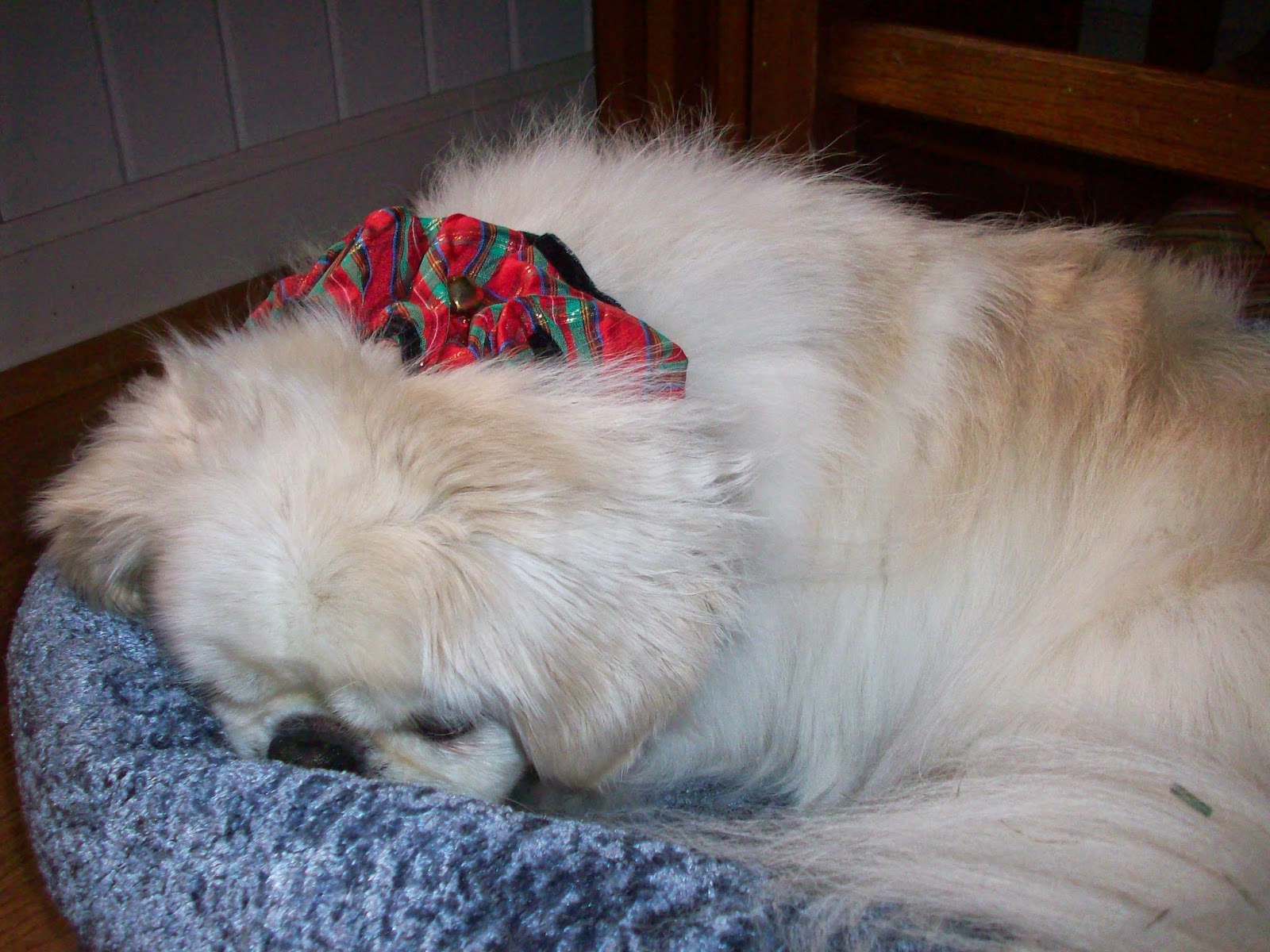 A friend of mine said, "When his time to go has come, there will be so many little furry ones waiting for him with tails wagging, and Cranberry, his sister, will lead the pack."  I'm sure Cranberry and Scooter's little sister, Sweetpea, were there to greet him.

Here he was with his injured foot.  Looking back, his immune system was just not as good and he could not fight infection.

Scooterbug kept fighting to stay though.   He loved us as much as we loved him.

He started showing his age, but he was still with us, slept near us, and loved his meals.   Boy, did he love to eat.    When he stopped eating last week, when I had to syringe feed him to  get food into him, I knew the time was shorter.  I took him into the vet on Tuesday to have fluids, thinking that would help him to rally.   But, his body had already started shut down, his temperature was dropping and his liver was ceasing to function.    We realized that his time had come. 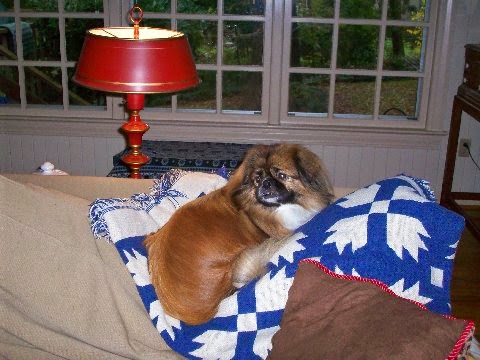 My rescue partner is gone now-- but for every foster dog he touched, helped and loved, I am grateful.   I'm thankful that I had him over 13 years and my sweet boy.  I wish it could have been longer.    He was my faithful Peke-- I will miss him so much.   Run free now, sweet boy. 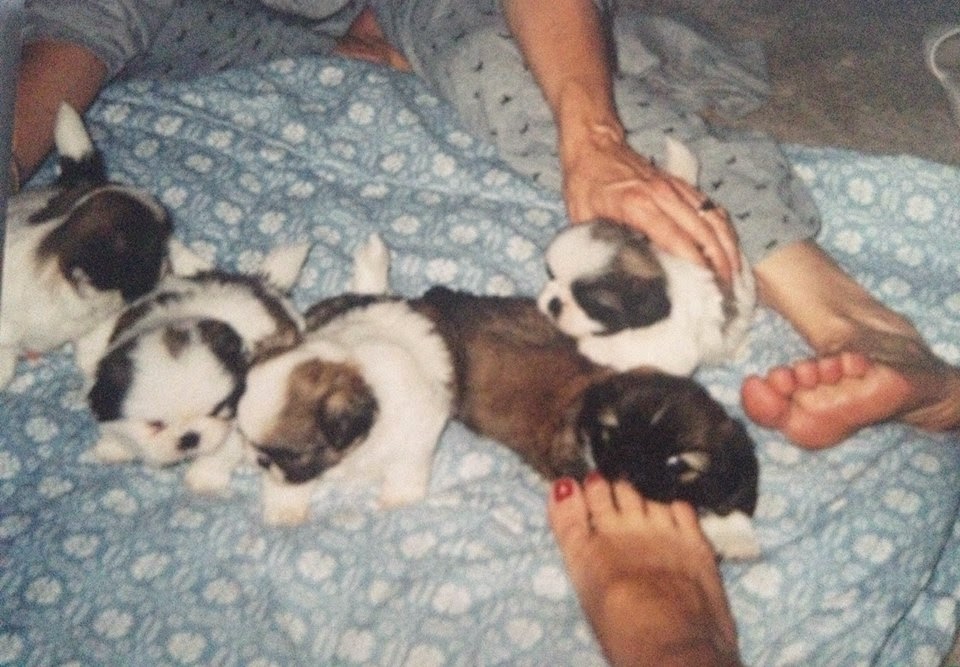 My daughter just sent this picture of Scooter with his four sisters.    They were the cutest group!
Posted by Linda at 1:00 AM

I know Mr Scooter was your dear boy and he helped you so much with all the rescue's that came into your home!

Scooterbug will always be with you Linda .

You are both in my prayers.

I miss him so much and I only knew him from the computer. His sisters now have their big brother to look after them until someday you can lead them over the rainbow bridge. God will take care of them til then

My heart is breaking! He had a way of touching my heart just from the few times I saw him. Both of you were so very lucky to have each other and he is watching over you until you meet again!

Your Scooterbug was the equivalent of my Ezee--that once in a lifetime bond between a human and a dog. He was a beautiful Peke and his spirit will stay with you until you meet again.

Thank you Linda for sharing Scooter with us. He was an exceptional companion and will never be forgotten.