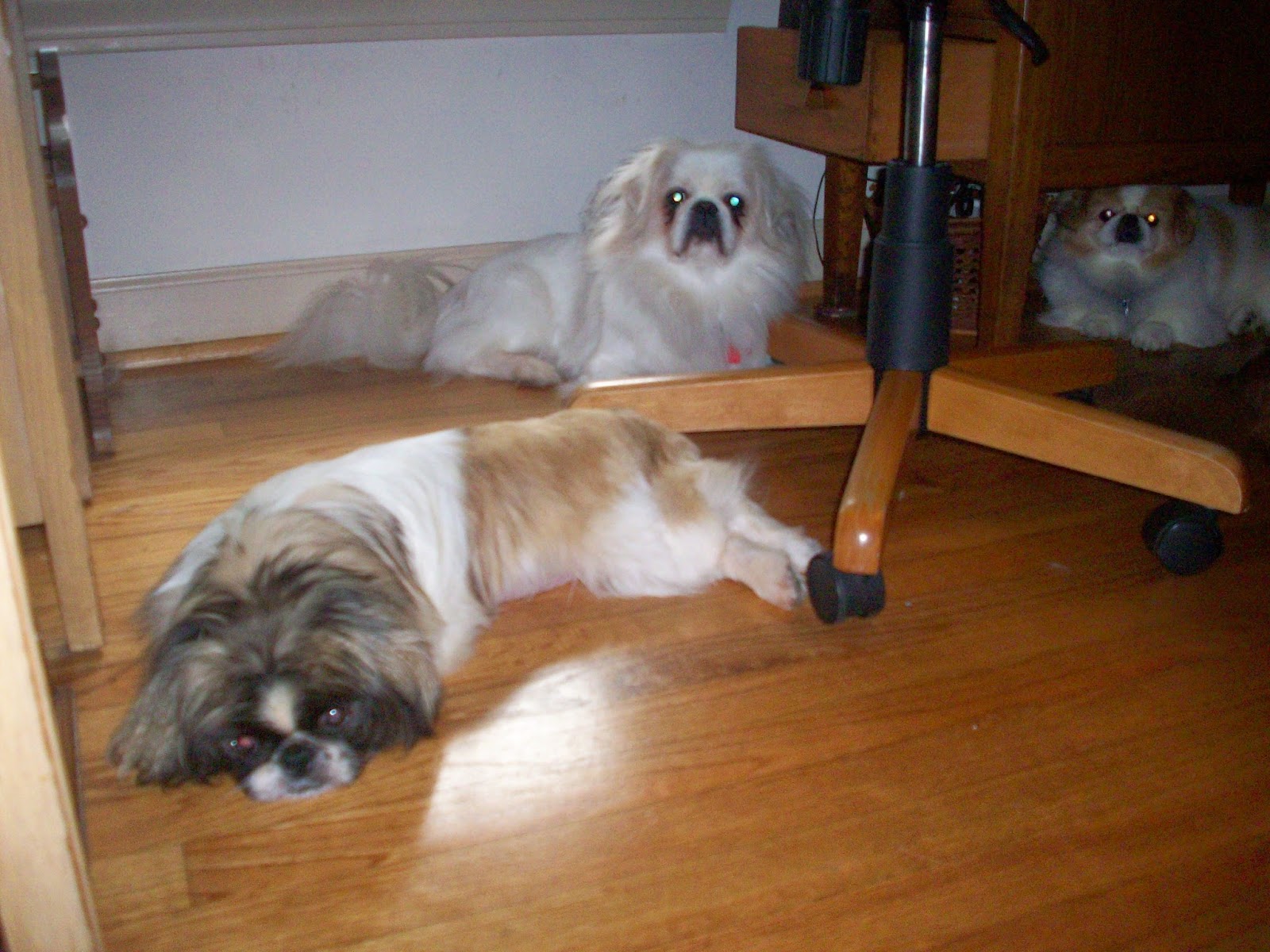 I usually have a few helpers. 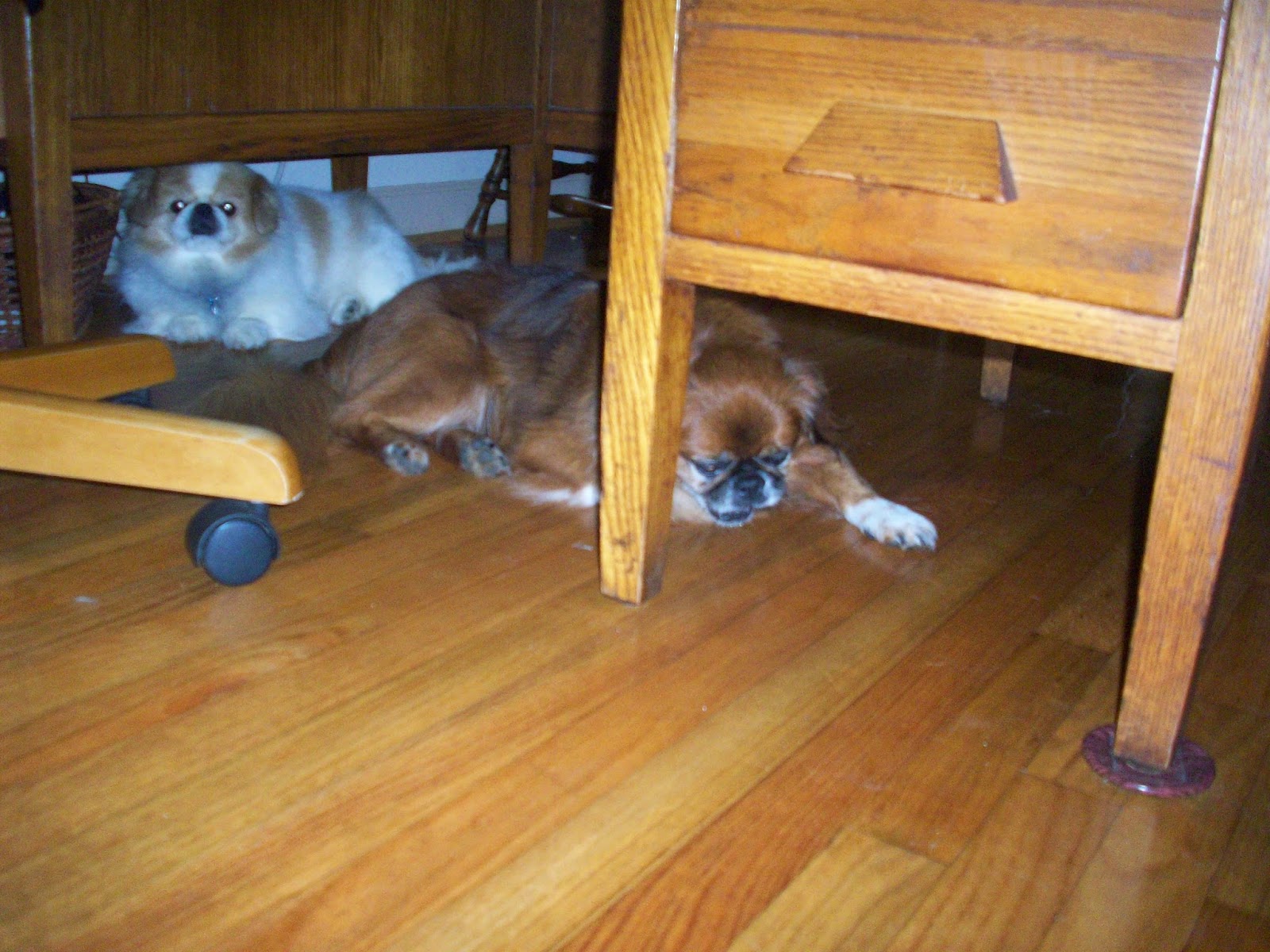 But, yesterday, I had more than a few. 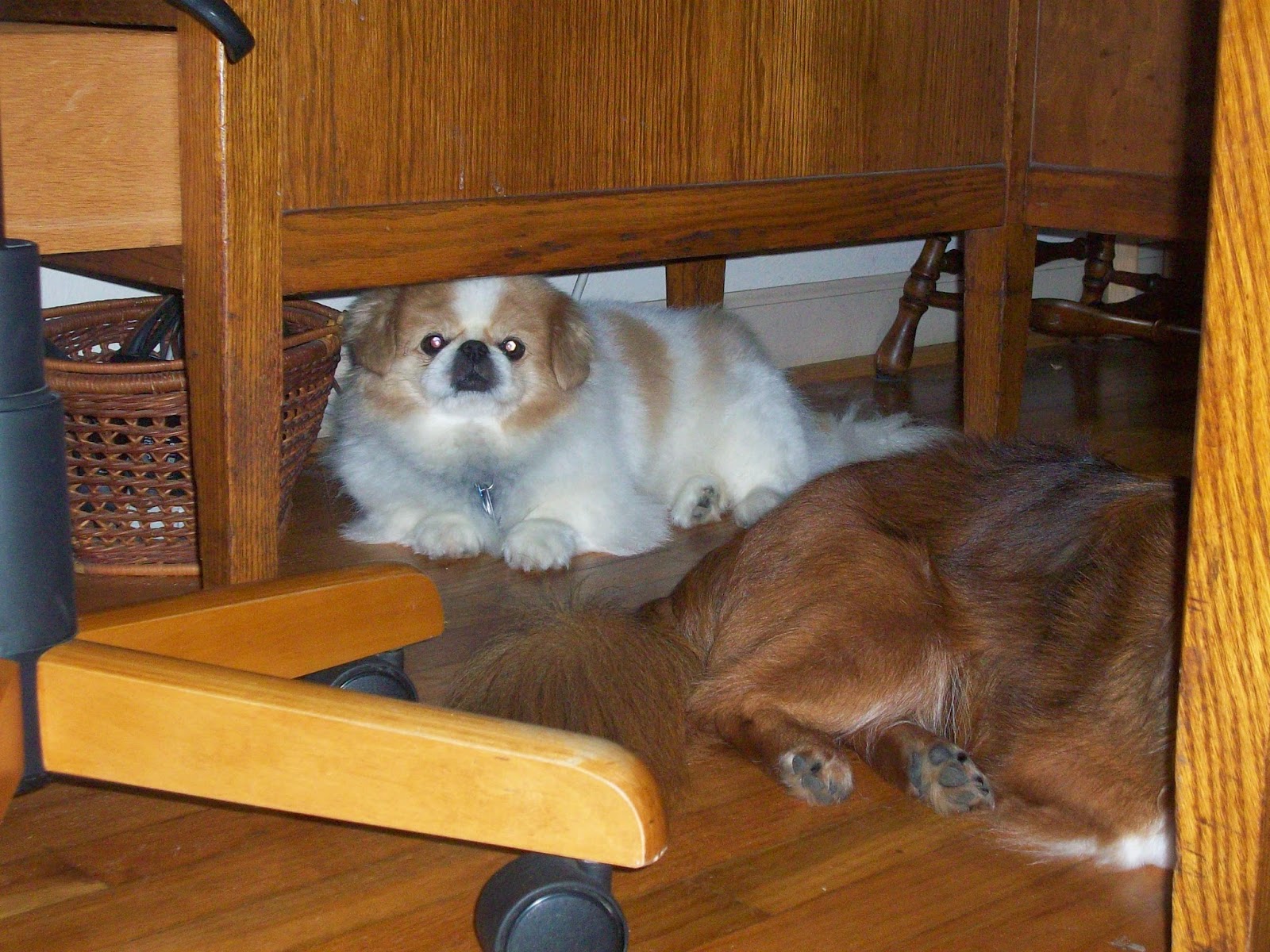 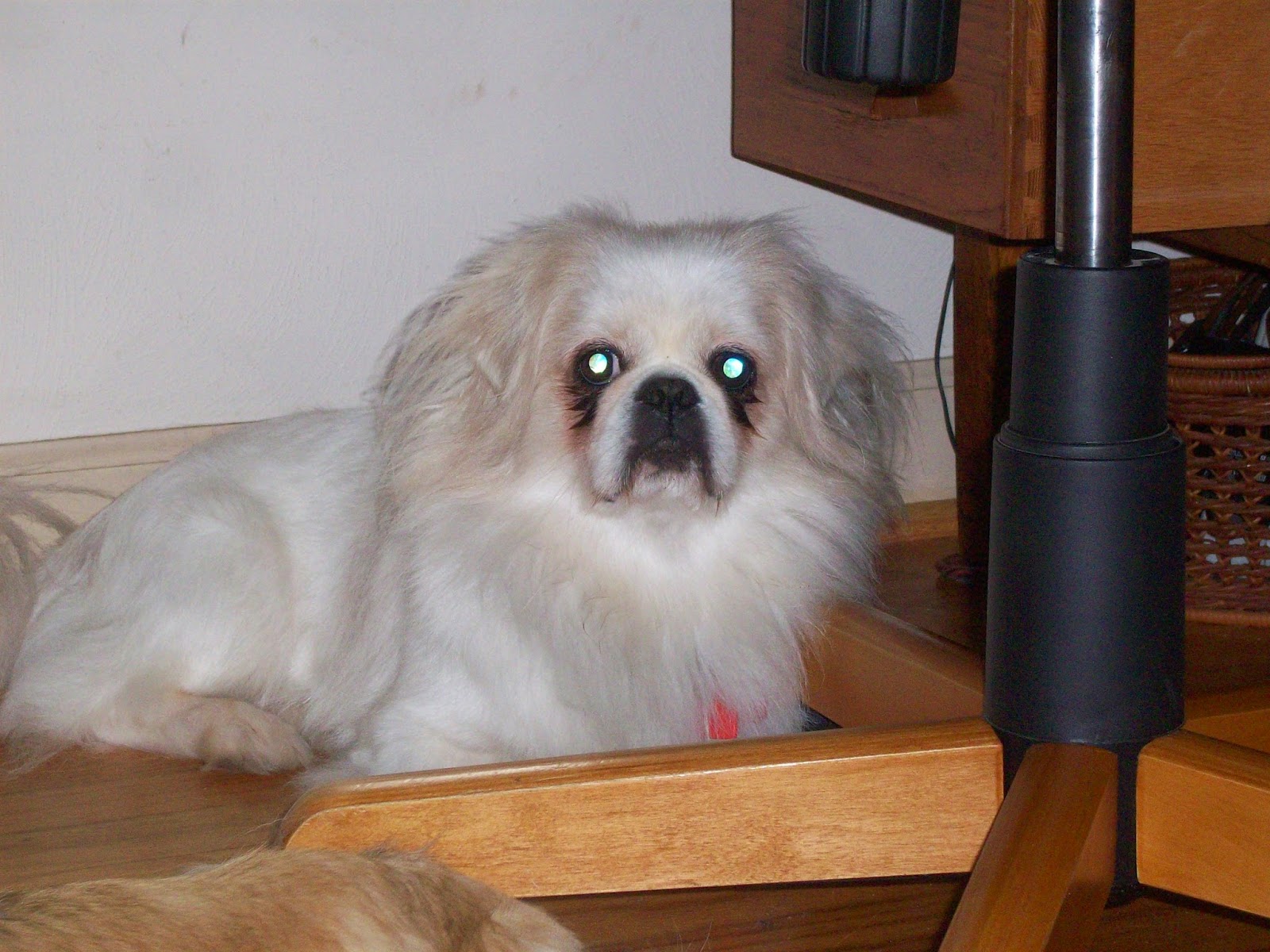 Rammi supervised from the side. 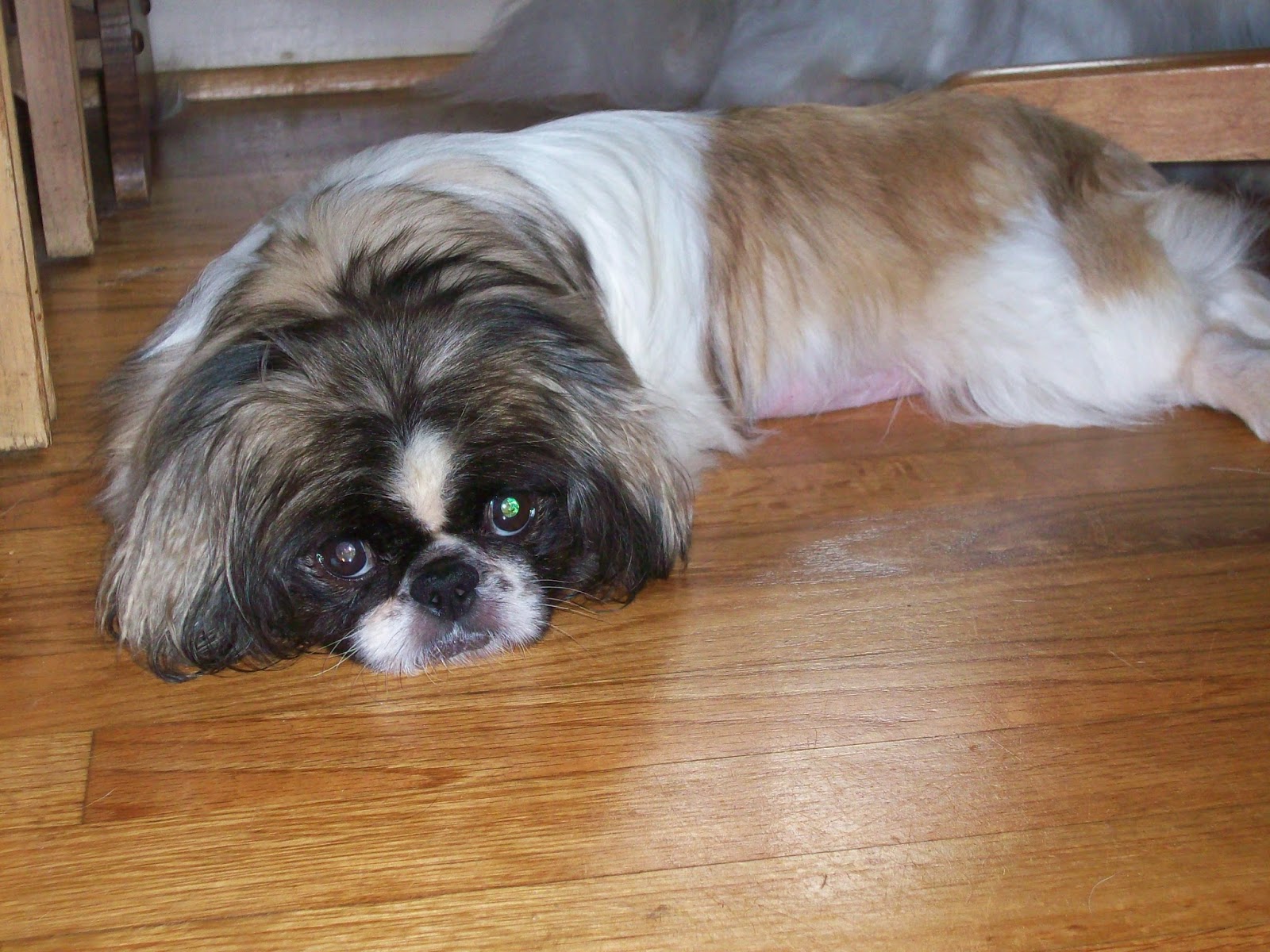 Lexie was vegging out behind me. 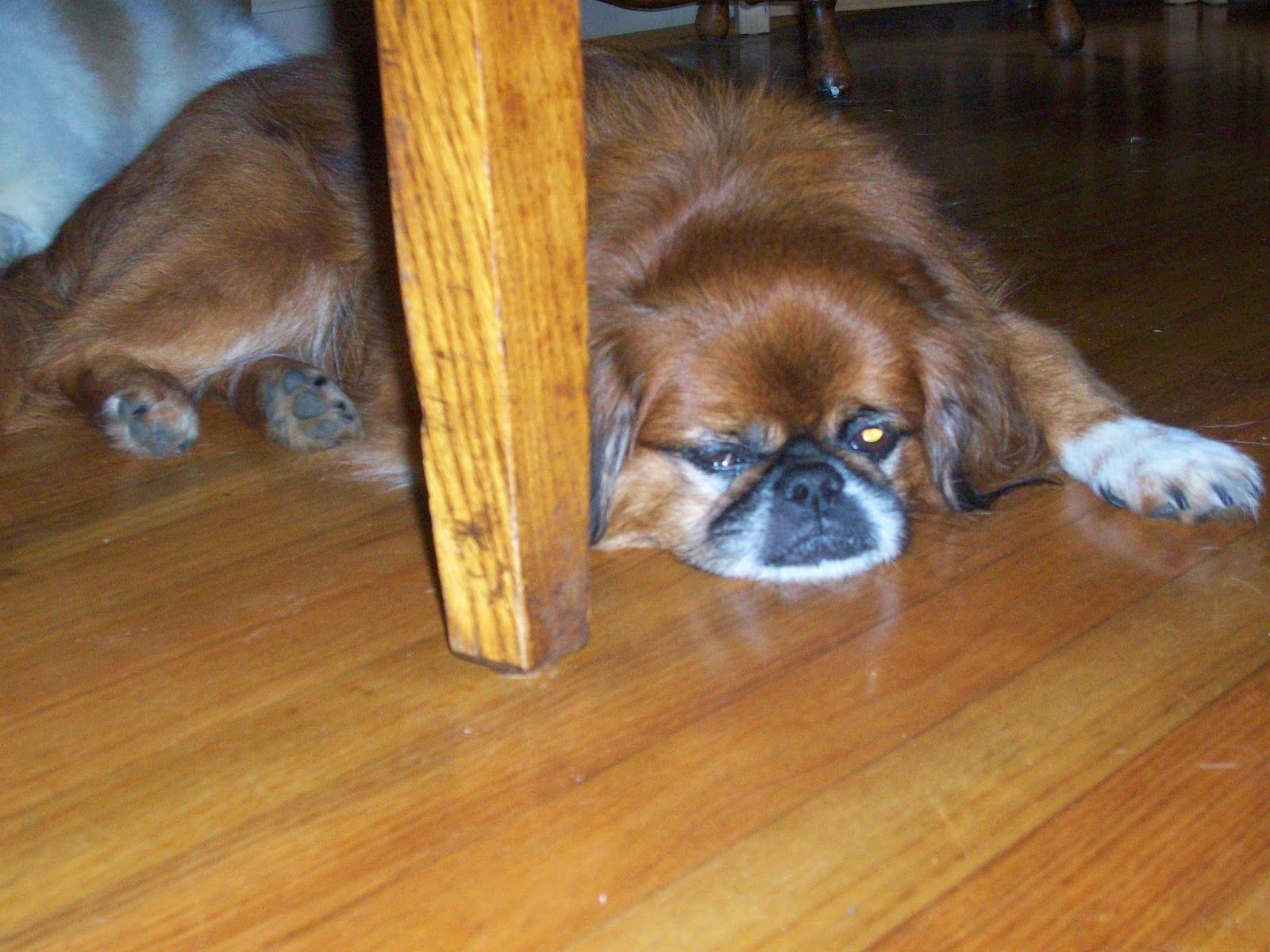 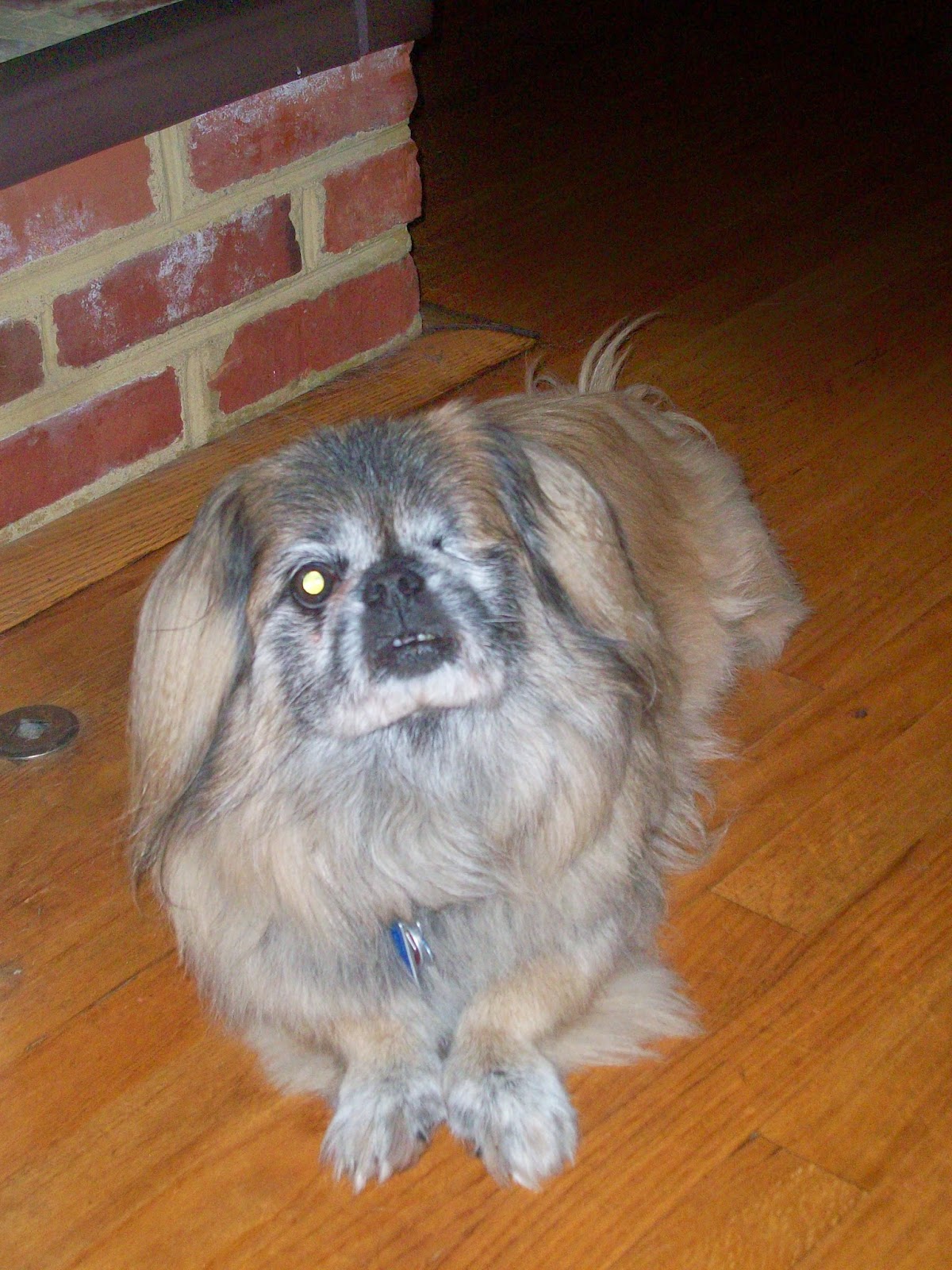 But, Max thought it was awesome that I was taking his picture. 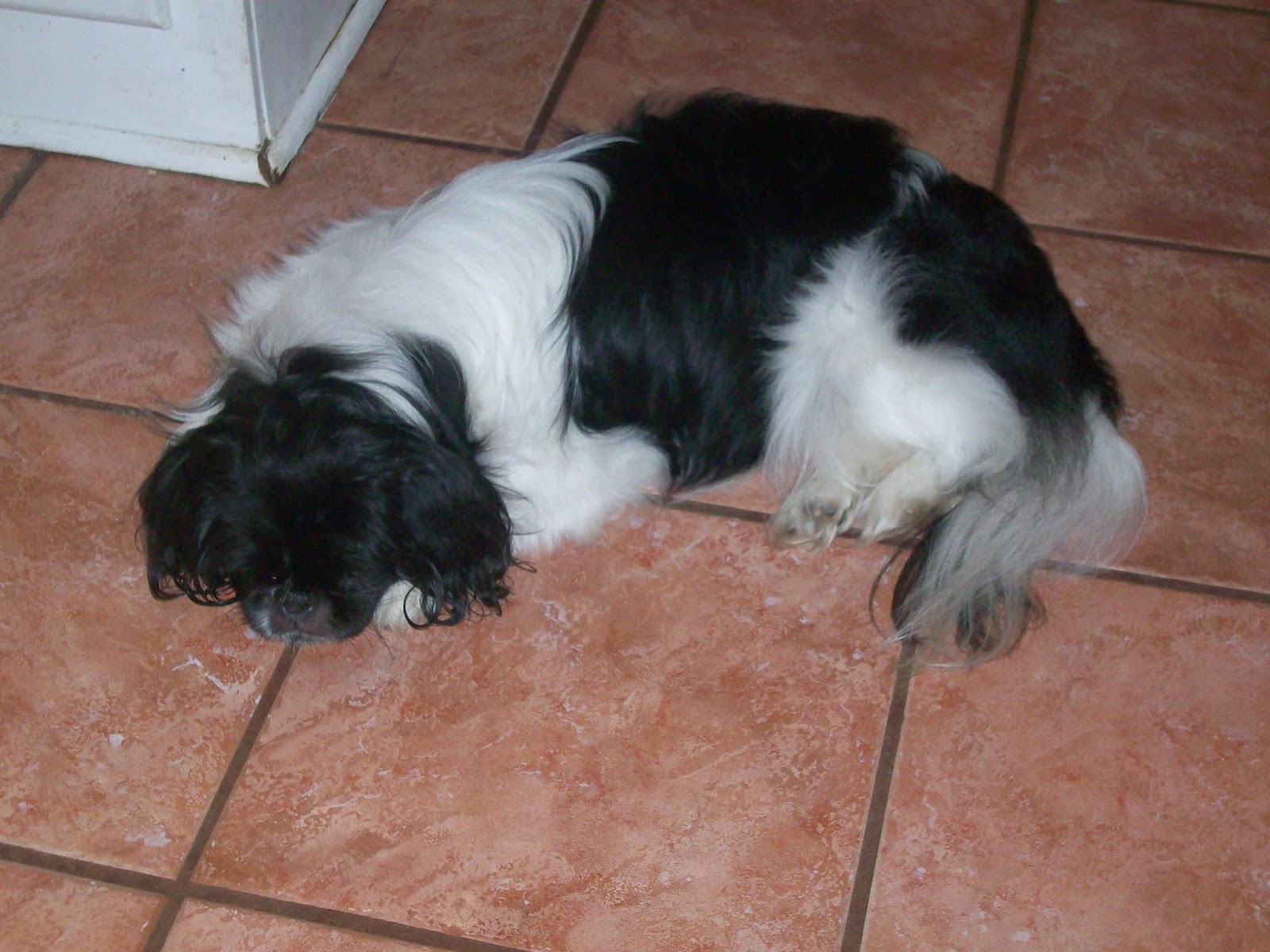 Koko was resting in the kitchen, but... 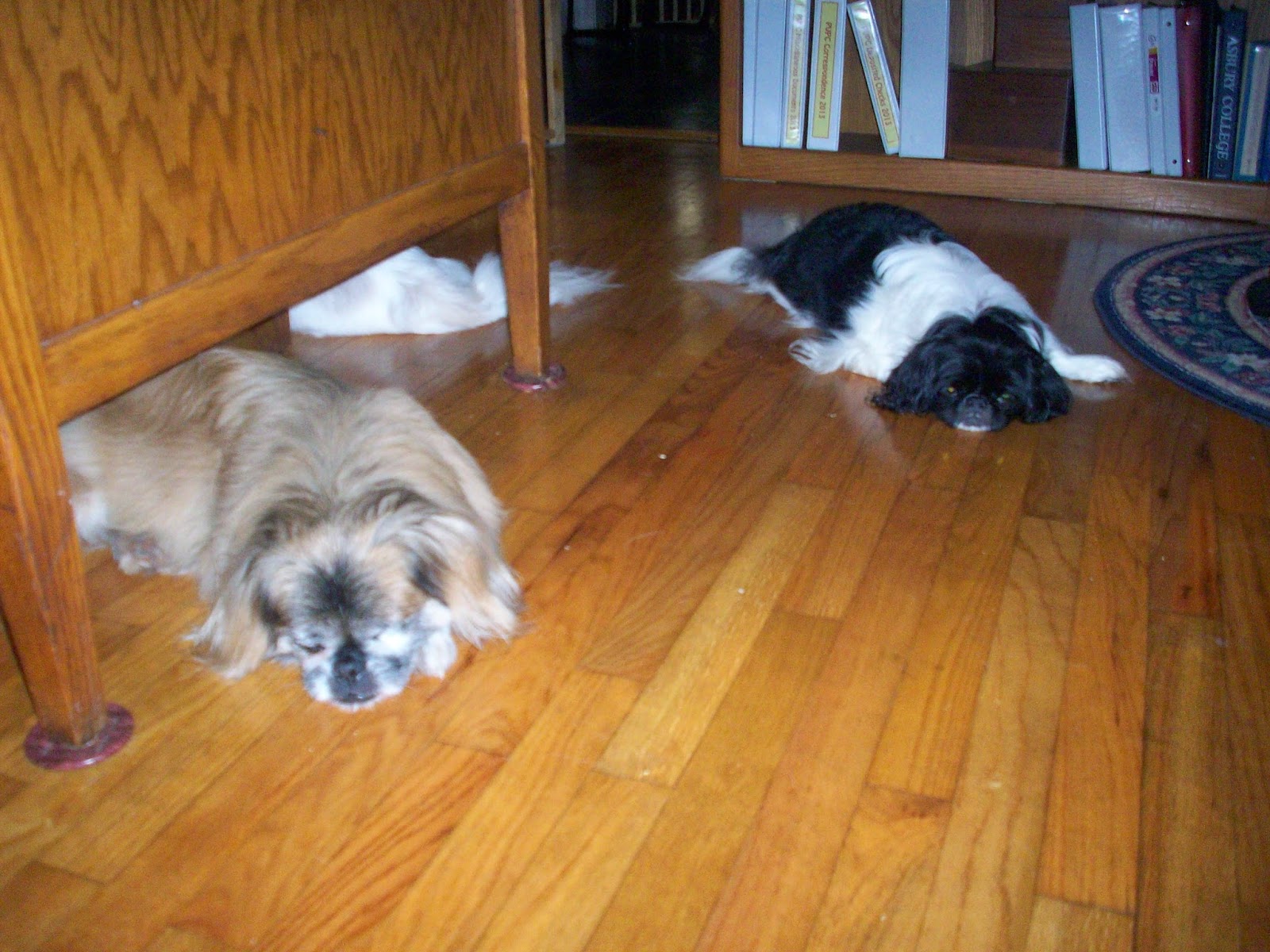 then she joined the rest in the study. 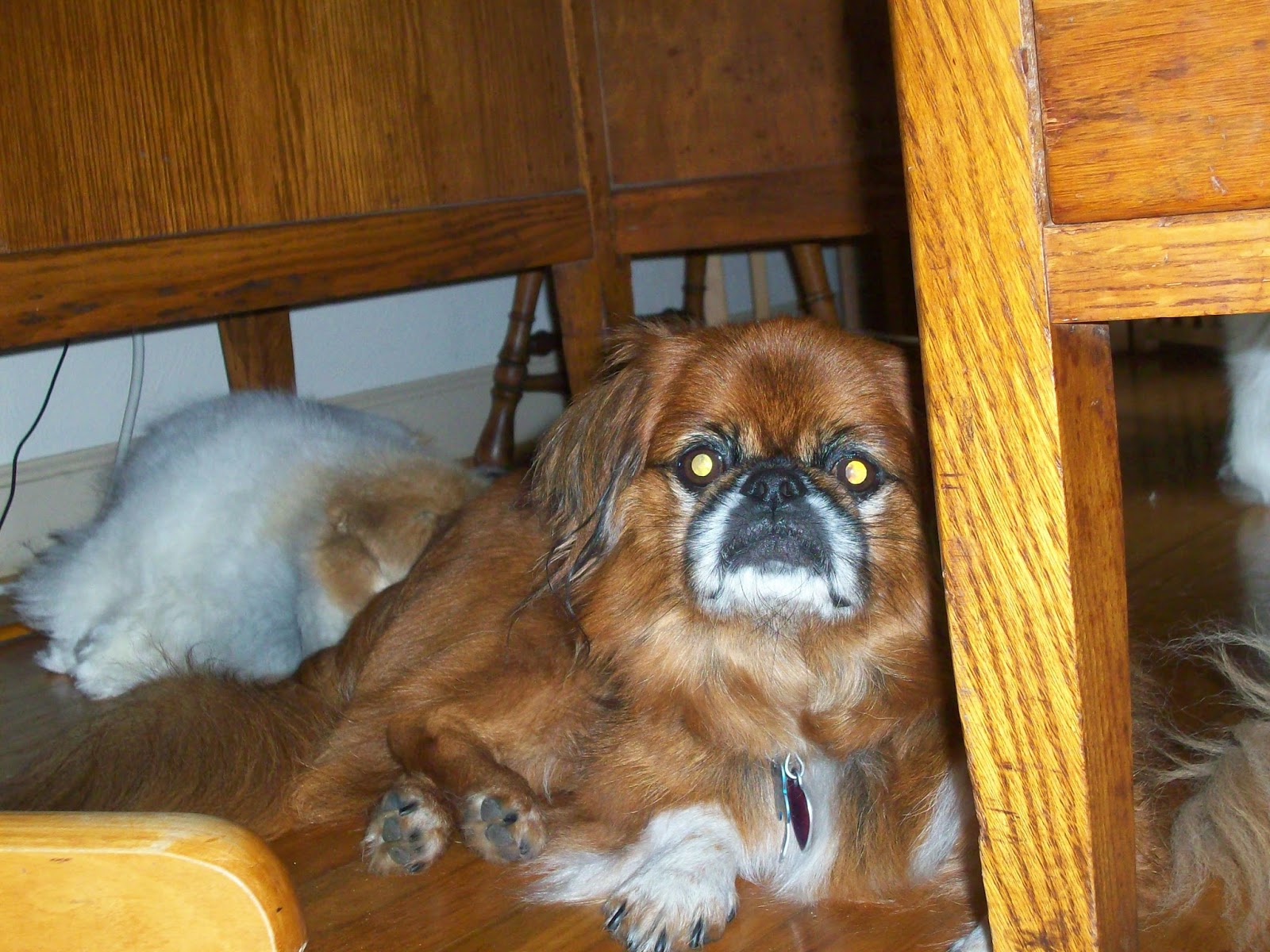 Kai Kai decided to grace me with a front view.. 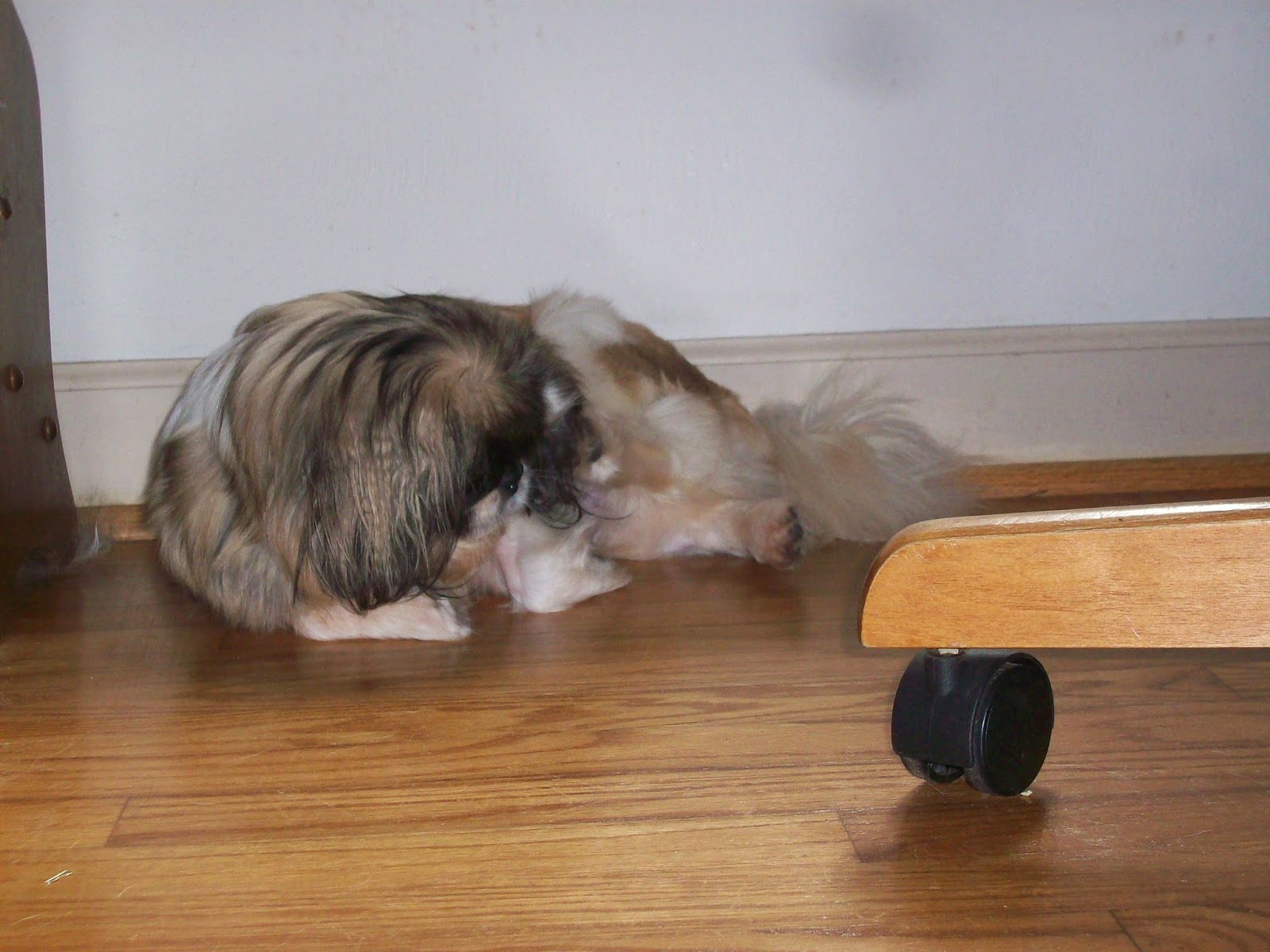 And Lexie just curled up to take a nap.  I want a nap!   I don't want to work at my desk that always looks like a bomb went off on it.    These Pekes give me encouragement, but what I need is help! :-)
Posted by Linda at 1:00 AM

I am seeing a lot of sleeping helping Peke's there Linda! LOL