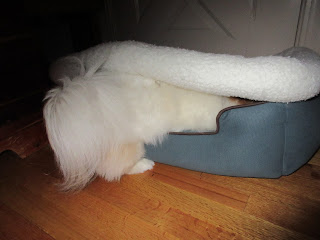 Starlight heard that Camp Runamuck would be going on for the week-end.  So, she tried to hide.  (I know I've used these two pictures before, but they just fit the story. haha) Are they here yet? 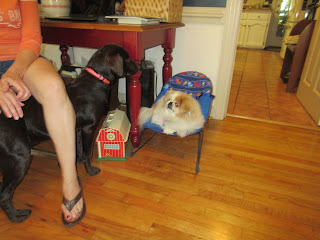 That annoying Chocolate Lab puppy they have is so annoying.   Gigi "G" can just stay home, Starlight thinks. 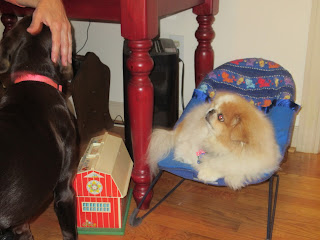 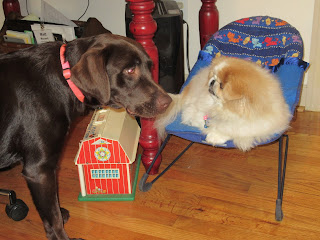 But, Starlight wants nothing to do with it. 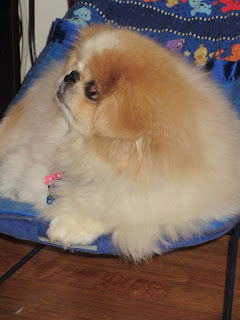 She was giving little snarls to let Gigi know what she was thinking. Can she go away??   (And yes, that is Starlight's personal bouncy seat.) 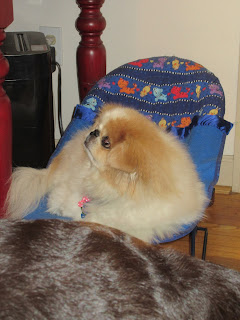 Gigi is trying to sneak around for a side attack. 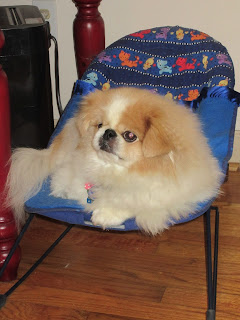 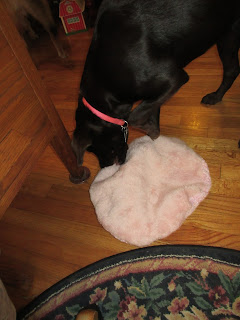 Gigi gives up and goes to grab a pink dog pillow. 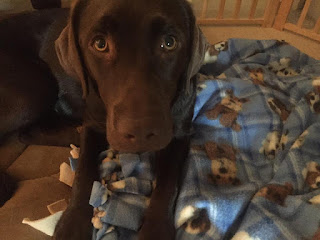 Gigi says, "I didn't do anything.  I'm just trying to be her friend."     I fully suspect that Starlight will have more "attention" from Gigi later.    Camp Runamuck ends today-- so Starlight can sleep and relax.
Posted by Linda at 1:00 AM