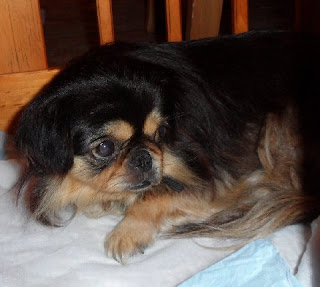 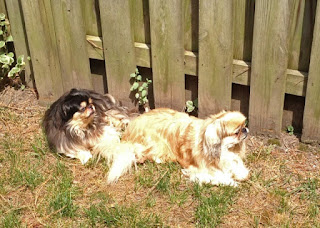 Grace has been with us almost 4 years now, and she & Ted are like a little old married couple.  She is 11 and he will be 10 in December.  They have their routines and things they like & dislike, they have their quirks and they get on each other's nerves occasionally. 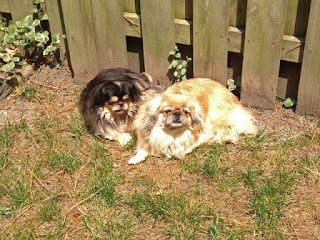 Here they are "taking the sun" (getting some vitamin D?), which they do daily. 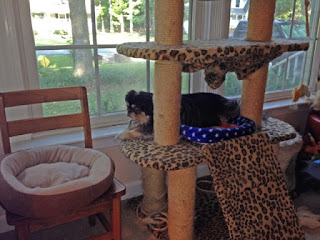 Their biggest task each day is to stand (or rather lay down!) and guard the property from the front window. 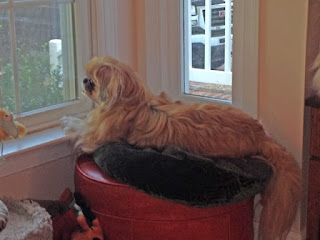 You never know when someone will walk by with their dog!!  Then they go into action!  You can see the dirty windowsill and the opaqueness of the windows, from them barking!  LOL 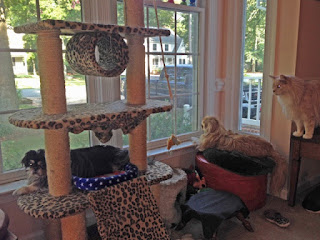 Even the cats occasionally check things out, but mostly the cat tree is commandeered by the Roundheads.  (Huey the Maine Coon) 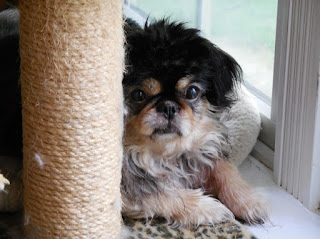 Grace hates having her picture taken. 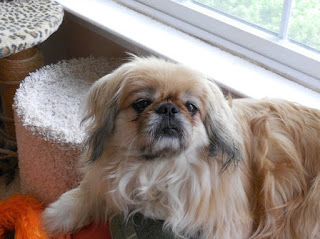 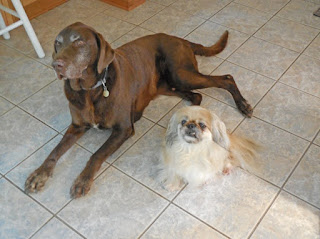 Uncle Dale came to visit and brought cousin Jake, a few weeks back.  Jake hasn't had a lot of experience with little dogs or cats, so he mostly kept his distance and watched.  LOL 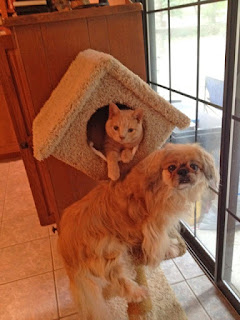 Ted's most favorite "job" is keeping the backyard free of squirrels.  A NEVER-ending task, as we have lots of big trees and fertile squirrels!  LOL  If he can't be outside to patrol the backyard, he tries to watch from inside.  Here he is with Caleb, who is used to Ted "being in touch with his feline side".  LOL 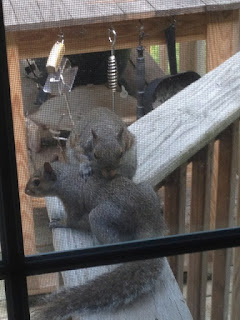 Ted's nemesis!!!  They beg outside the window on the deck railing, hoping for sunflower seeds. 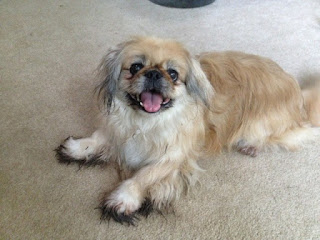 Ted also likes to occasionally do some excavating in the backyard.  Doesn't he look so pleased with himself?! 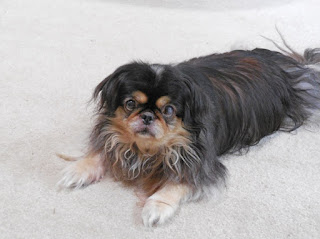 Grace doesn't care about squirrels or digging holes.  She just likes her home & her routines.  And we love her for it.
Posted by Linda at 1:00 AM

they are both sweet cuties