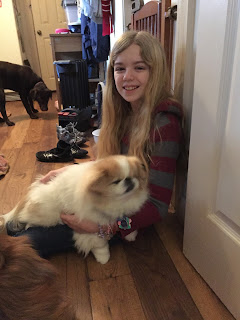 This week-end was a Camp Runamuck week-end.   Starlight made a face-- "AGAIN?" she said. 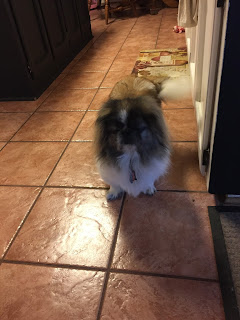 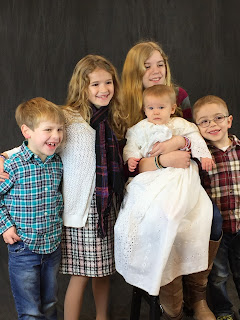 Sugar Bit wore the baby Christening outfit my mom made 38 years ago for my oldest.   She would be so pleased that her youngest great-grandchild wore it.   I believe she must be smiling in heaven. 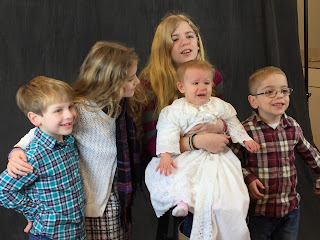 Sugar Bit was not too sure about all these pictures.    Bitty Bit is trying to comfort her. 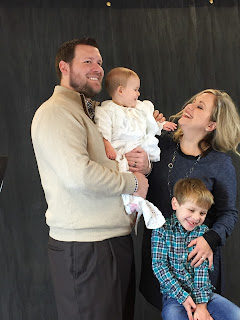 They were all having fun later though!   This is a family that laughs a lot. 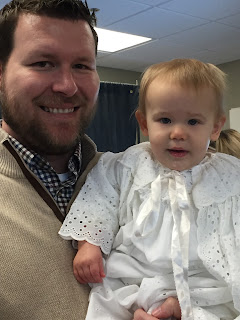 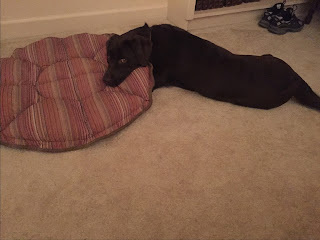 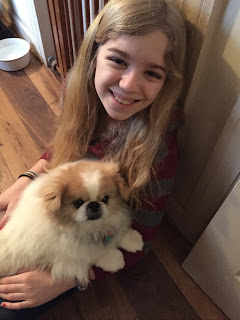 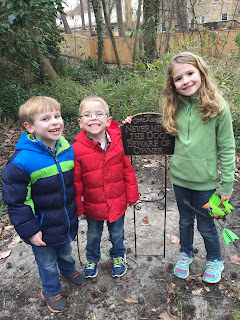 Then, the "middle Bits" decided to do dinosaur exploration in the yard.  You think that sign says, "Never mind the Dog, Beware of Owner"-- but it REALLY says, Beware of Dinosaurs! 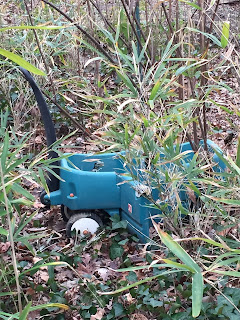 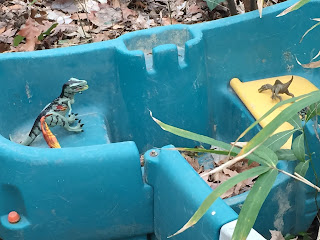 Hidden in the wagon, in the bamboo... 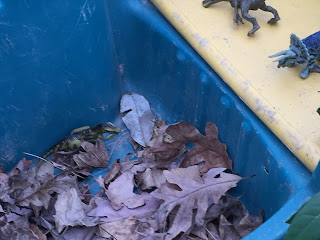 It's a scary place in my back yard. 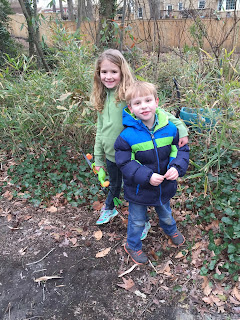 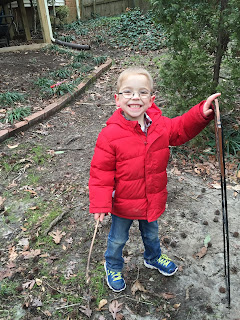 Ready for the hunt! 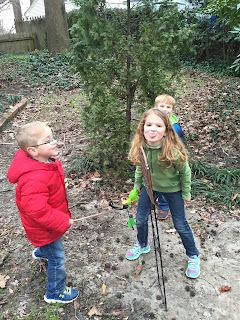 Take that, you dinosaurs! 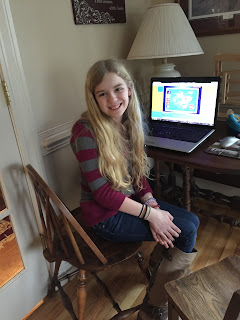 Lil Bit would rather be on the computer in the playroom.  She is almost 13-- I can't believe it! 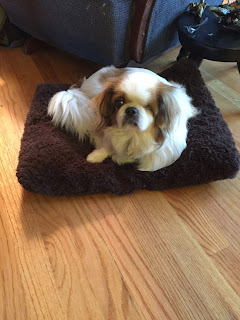 Floyd would rather find a nice soft bed. 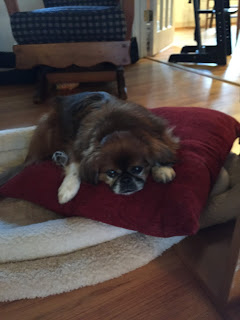 And so would Kai Kai! 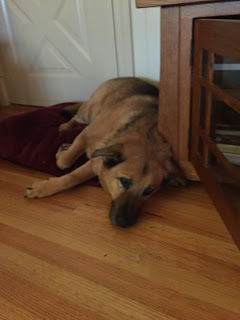 Pi was fine on her big bed in the corner. 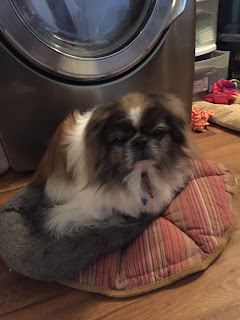 And Chumley retreated to the laundry room.   Quiet there! 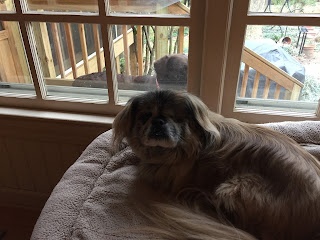 Max was in his spot in front of the window on the ottoman. 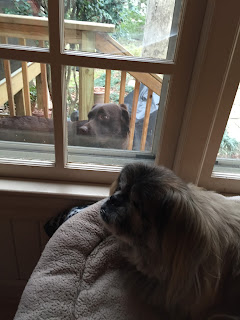 And Gigi was outside-- where are those dinosaurs-- and kids?? 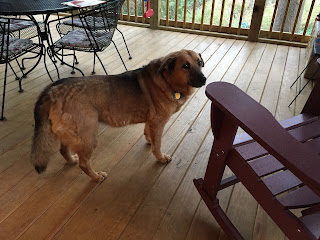 A baptism is such a busy day! Everyone looked lovely !

Yay, Camp Runamuck! Always love these….and this time you had the fierce & brave dinosaur hunters, as well as a family portrait session. Wonderful!