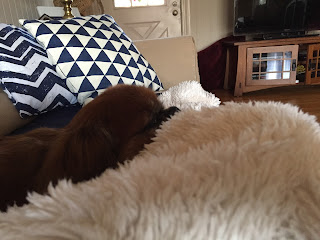 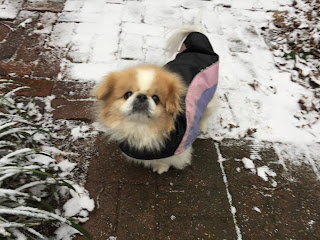 And when the weather is cold, inside is the best place to be.   Right, Starlight? 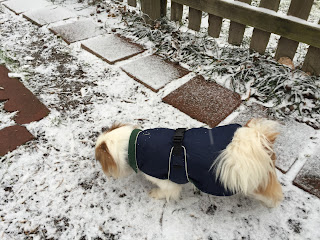 We had snow a few weeks ago-- Floyd was checking it out.    He came from Floyd County, VA, so I'm sure he saw snow before.    Maybe he is asking why there is so little. 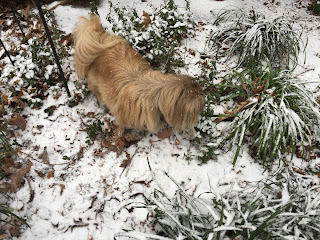 Max is just looking for a place to pee. 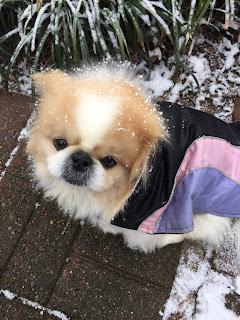 Starlight sat down to wait for me to pick her up.   She even began to shake-- poor thing!   We were out so long-- about 5 minutes!   Can you see her snow sparkles?  (If you click on the picture, it will be enlarged.) 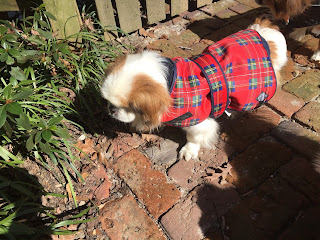 The snow melted-- Floyd has on one of the new jackets.  This is a Scottish tartan jacket I got from Jeanne. 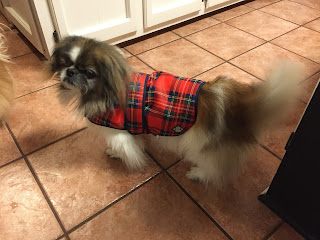 Chumley modeled it inside-- it's a little short on him. 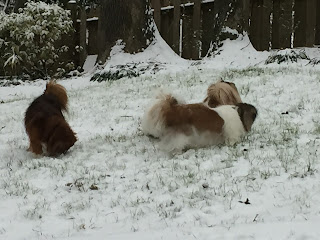 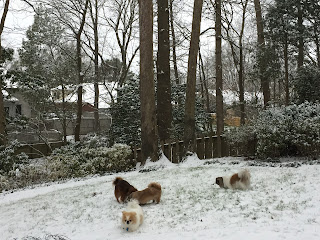 If you like changing weather, even in February, move to Virginia.   Southern Virginia, near the coast. 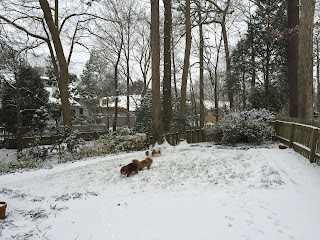 We just never know what it will be.   It was 18 a few days ago, and then the next day, it was 57 in the morning.    How can weather temperatures change so much?? 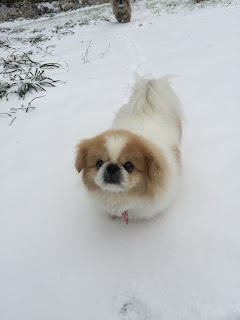 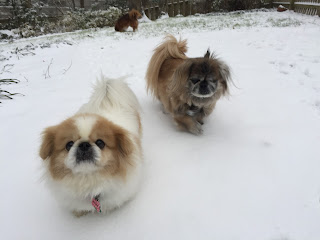 Come on, Max-- let's head inside!  Mom forgot to put coats on any of us. 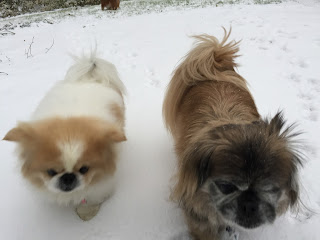 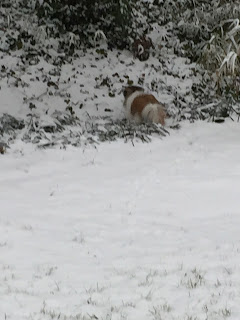 Not Chumley.   He's still checking out the yard.  He doesn't really like to go outside, but once he's there, he will roam all over the yard. 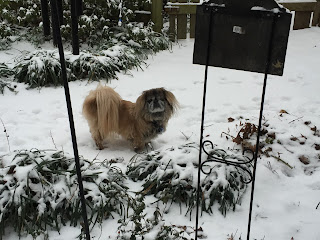 Max, I thought you were running inside?  Did Starlight leave you behind? 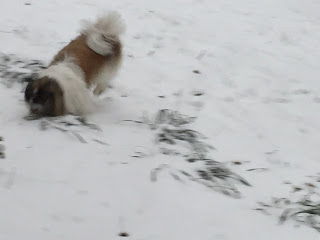 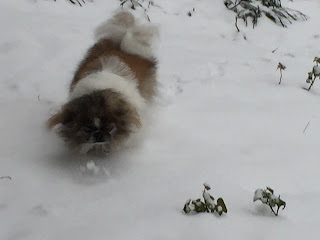 It's time to go in the house. 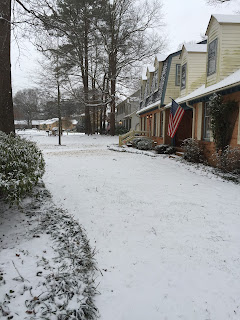 The snow was fun-- but only because we did not get much.   It was just a light covering.   I love Virginia!

I think the world temps are going crazy! Its summer here and yet ... I am in my winter pj's!!! No snow but cold for this time of year and there you are with rather warm weather but .... I see you had some snow . Perhaps we will get back to summer just like you have gotten back to winter !
Oh the Peke's are all Snow Bunnies!

Yes, shorts one day and parkas the next. Crazy! But I love Starlight's snow sparkles! :D