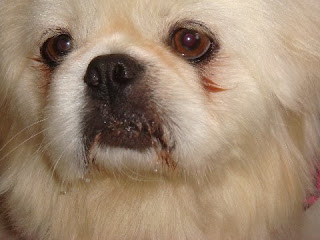 Jelly has had several names in rescue.  He first came to us in 2010 from an owner.   He went to one foster home, but their dog was jealous, so he was moved to another.   He was adopted to a home we thought would give him a lot of attention.   We were wrong-- they decided he was too much trouble, and just let him out the door.   We are SO careful on our applications, but there was no way we could have seen this coming.    Jelly ended up in animal control and we were contacted.   This is why we have microchips on them with our name on it.   We will also add a new owner's name, but we keep the main name as ours.  Just because of cases like this one. 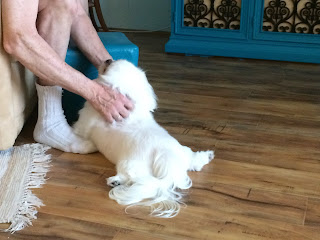 Jelly went to a new foster home and he was so timid.   We don't know what happened to him after he was adopted, but he was timid of everything-- no one was to be trusted. 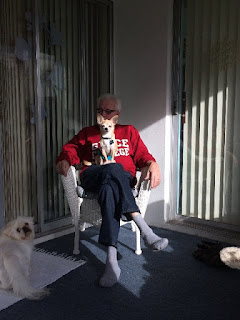 Marilyn fostered him and after all Jelly had been through, I really hoped she would keep him.   He made progress and began to let others touch him. 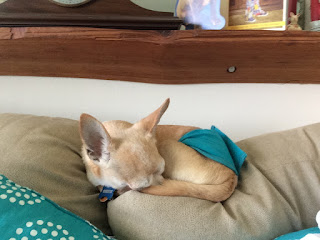 He had a sister who he loved, but after she passed away, his friend was Cheech (another rescue). 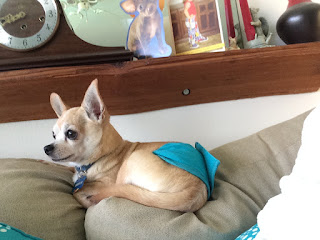 Jelly and Cheech moved to Florida last year and they love it there.   No snow! 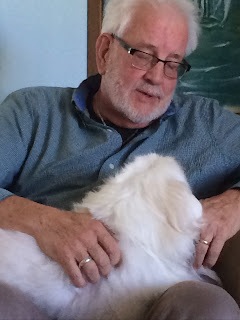 Friends have come to visit and stay awhile, and Jelly is even getting on their laps. 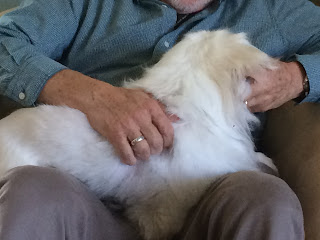 He lets them pet him!    This is major for a boy who did not trust anyone.   After Marilyn adopted him, he seemed to know he was safe and not going anywhere. 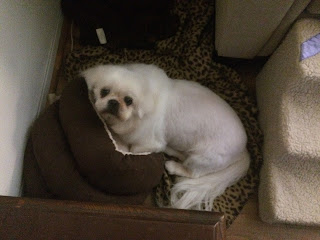 Oh, those eyes-- so precious.   He is snuggled up, ready for bed. 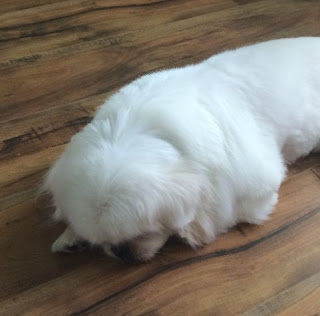 He has been with his mom about 5 years and he will not be going anywhere.   He is there to stay!
Posted by Linda at 12:30 AM

Coco was very timid when we got her .... did not like men. Some years later she loves my husband - he is her "boyfriend" as I call him!
Still ..... when I walk past Coco she can at times cringe .... nothing has happened to her here but .... when I dog is scared it can Imprint in their personalities and it may never go but .... that does not mean Coco is sad .... like Jelly , I bet something jogs a memory but they know everything is fine.
I am so glad Jelly is happy and in a Forever home :)