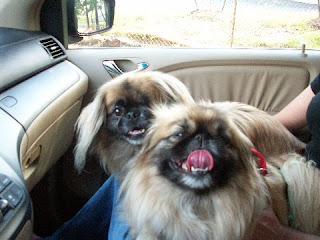 Max came to me with his sister in 2008.   They had been dumped in a field and even though we found out their owner's name, they were not claimed. 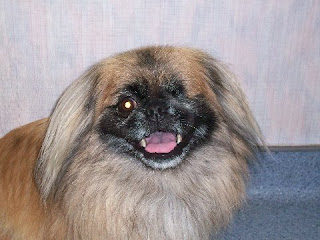 They were both so sweet and about 5 years old. 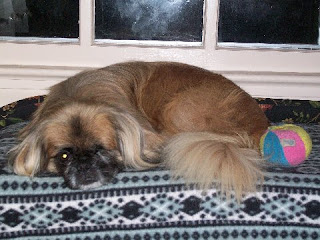 Maggie was adopted, so I decided to keep Max since he had been here almost a year.   He was friends with the other dogs here, so he was home. 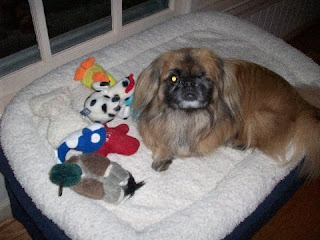 He loves his spot on the ottoman in front of the window.   I don't think he put all those toys there-- he's not a big toy dog. 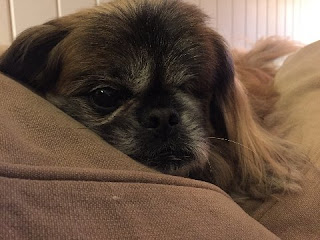 Max has a bit of a grumpy side-- he's not allowed in the playroom, since he doesn't really like to be bothered. 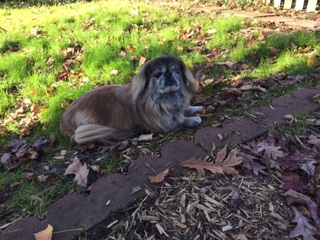 He LOVES sitting in this spot in the yard-- he will sit out there forever.   On nice days, I can keep the back door open and he can hang out there or on the porch. 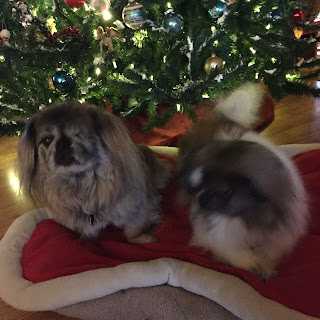 He was missing his eye when he came into rescue, and he had problems at first, but it hasn't changed. 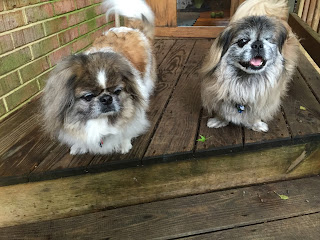 He has the cutest smile-- 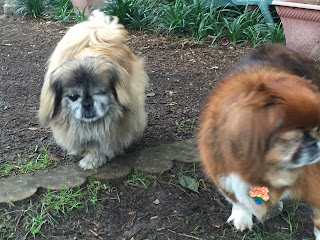 And he watches out for Kai Kai. 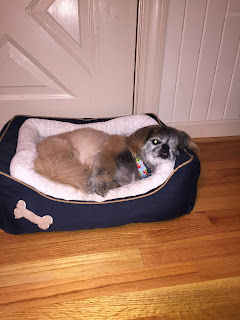