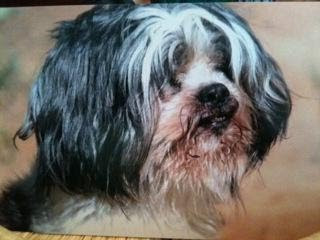 I want to say farewell to sweet Panda Bear, a Shih Tzu who came out of a shelter into the loving home of Terry and John Jackson. Panda Bear was not supposed to live long (2 months at the most) because of severe heart issues. Well, he surprised everyone and lived five happy years in his home. He will be greatly missed. Rest in peace, sweet Panda Bear. +++++ ++++ +++++ +++++ +++++ 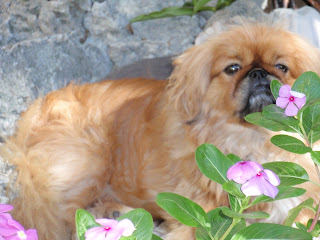 This is Diku-- he was rescued when he was eight weeks old. He was saved at a mill auction and was very sick. He went at a sanctuary where they were trying to restore his health. 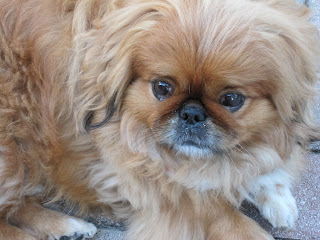 Tina began to volunteer at the shelter, taking dogs to adoption events, helping to raise money to care for them. And that's when she met Diku. 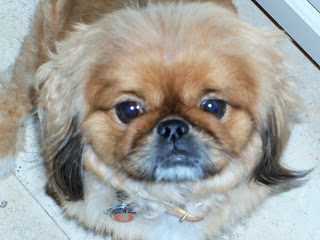 She said he was the most loving, gentle, kind ans unassuming dog she had ever met. He began her love for Pekingese. 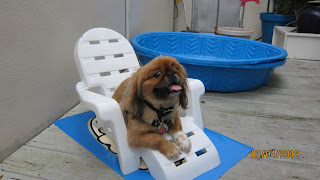 Tina has now found out what incredible personalities they have. She said he's really a little boy in a dog suit. She has begun a dog treat business called Grove Naturals. (http://www.grovenaturals.com/) Diku is now five years old and the love of her life. That's what these little Pekes do to you! They steal your heart!
Posted by Linda at 5:00 AM

I can see why Diku would steal your heart but.... I would love to steal Diku's super sun lounger!!! LOL

They do steal your heart, no question about that!

Diku is a little angel! And that lounger is too cute!!!