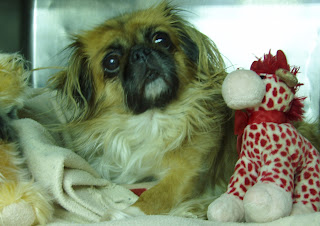 Millie and Yoshi (A Japanese Chin) were devastated when their owner committed suicide with them near-by. Millie was the most affected, but she is doing much better now. 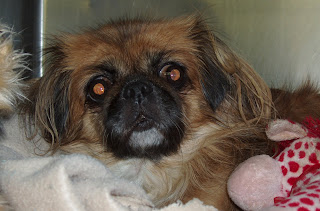 She and Yoshi are good friends and we hope they can be adopted together. She is more dependent on him that he is on her, but that's how it is-- one is more dominant/stronger. 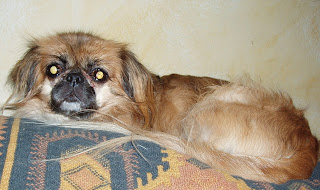 Millie had a dental and lost a lot of teeth, but her mouth will feel so much better now. 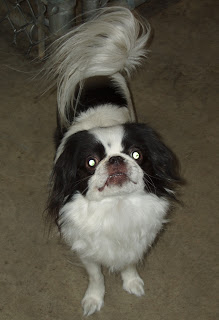 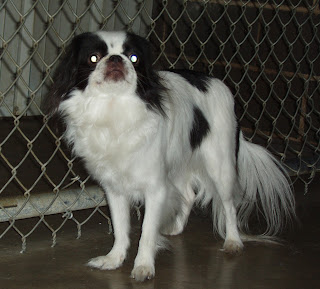 Yoshi loves to give kisses and he's a happy thing! He looks like he's thinking of his next adventure. 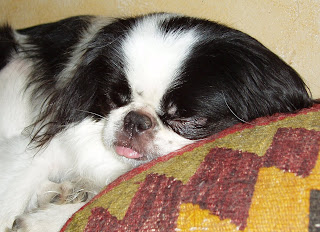 And now he's ready to sleep. If you are interested in one or both of these special dogs, just email us at potomacpekes@gmail.com.
Posted by Linda at 1:00 AM

This is just so sad on so many levels.

Chins are so pretty!
I pray they are adopted together Linda.