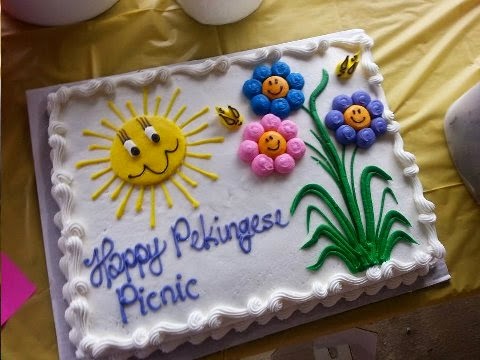 We had a wonderful picnic!   Over 85 people there and I think almost the same number of Pekingese!    If you love Pekes, this was the place to be! 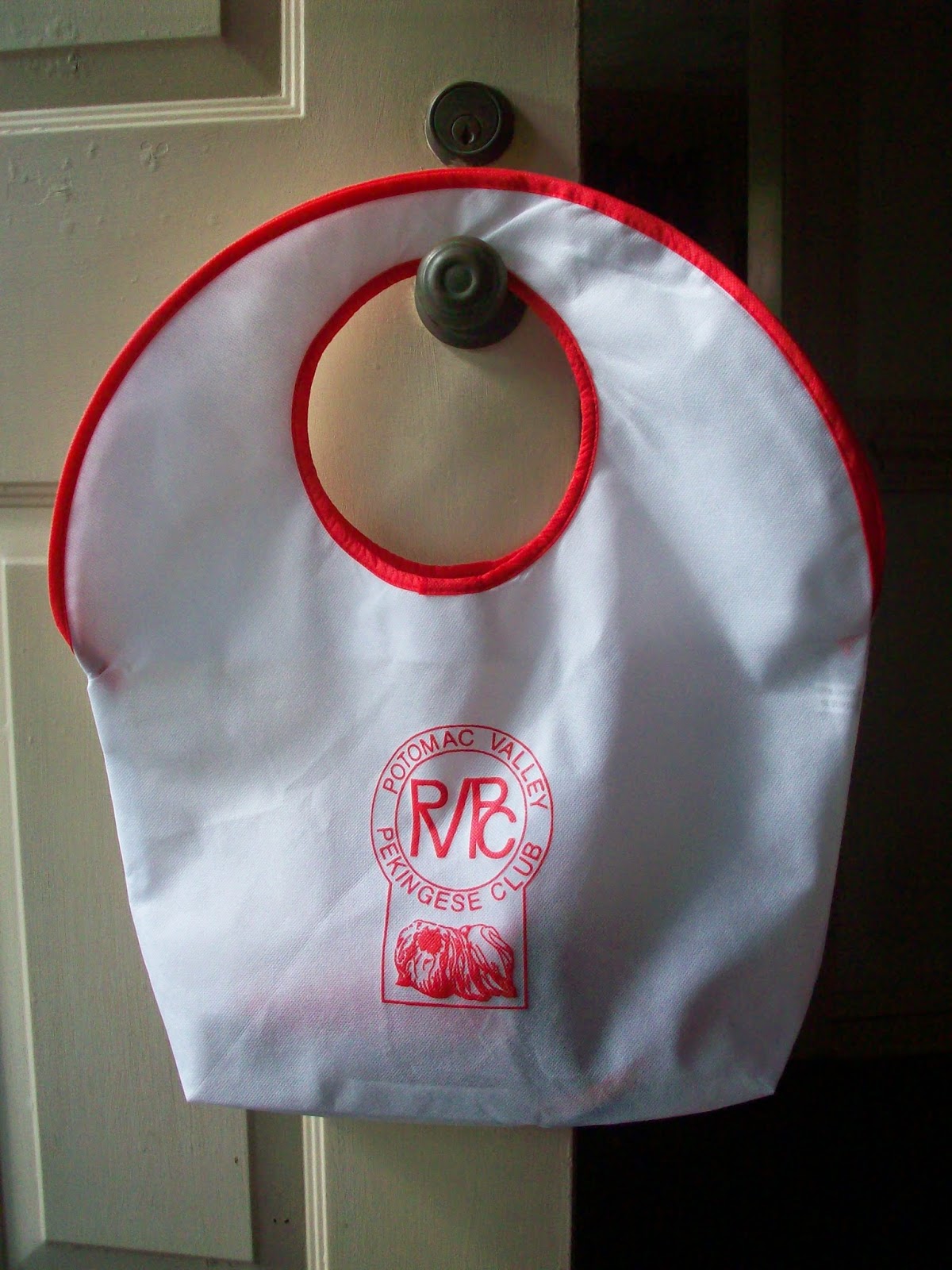 Every person who signed in got a Peke bag-- it had a wrist band ("I love my rescue dog."), a measuring cup, treats, mints and more.     Robin ordered these and I think they are wonderful!!!    We have a few left over--- 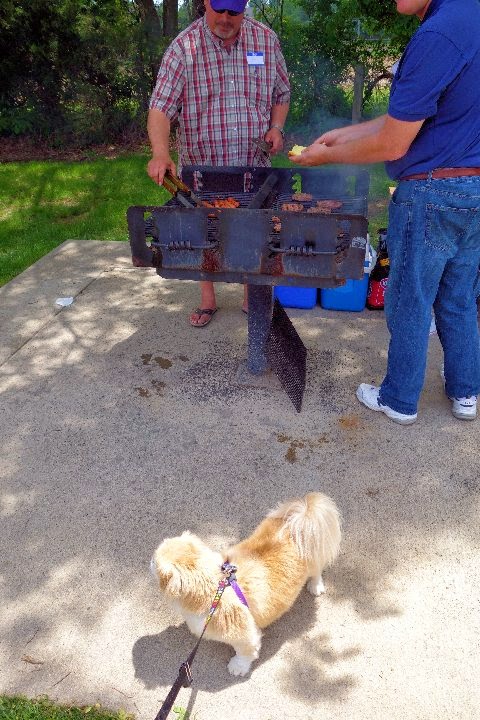 Jim and Matt (my husband) were the grill masters again.   They do this every year and I think they enjoy it-- I did finally get over there to grab a burger! 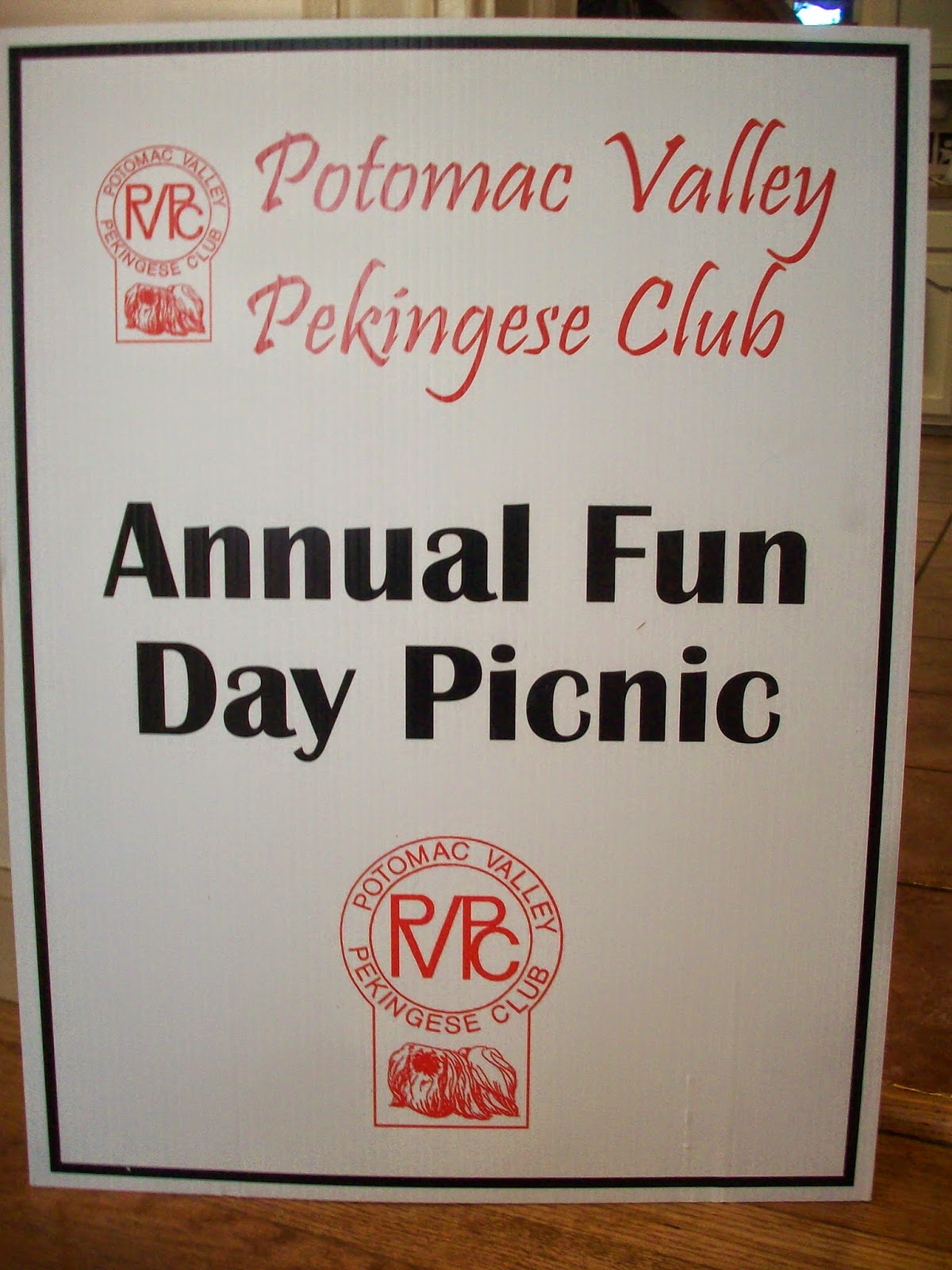 The sign was up and everyone came to have fun! 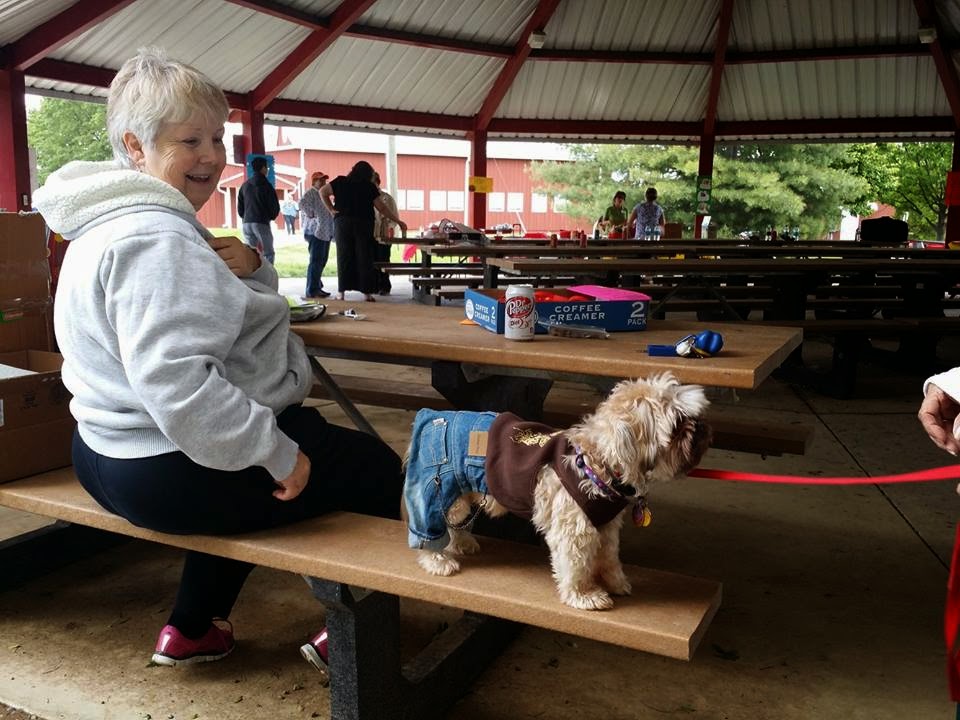 We had a silent auction and this was one of the outfits that was there.    It looks pretty stunning on this little guy!!   We had dog beds, outfits, a glass Pekingese cutting board, a PVPC Thirty-One bag, jewelry.... so many things to buy to support Peke rescue! 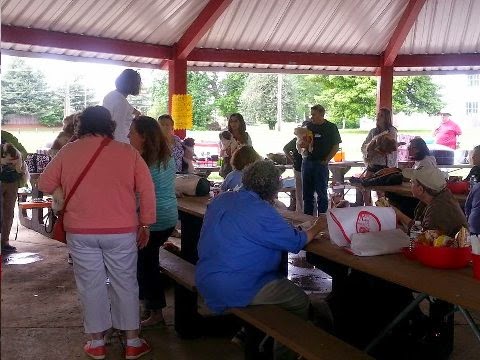 As we presented the foster dogs there, I had to stand on the bench so people could see me-- I know, I know, I'm short! 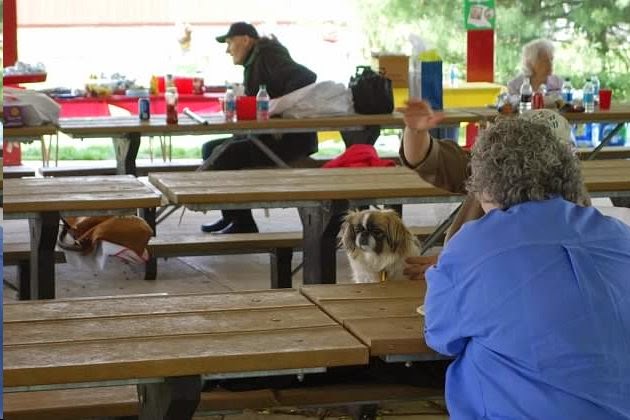 Little Miss Suki was adopted last week and came to her first Peke picnic.    Are you waiting for your lunch? 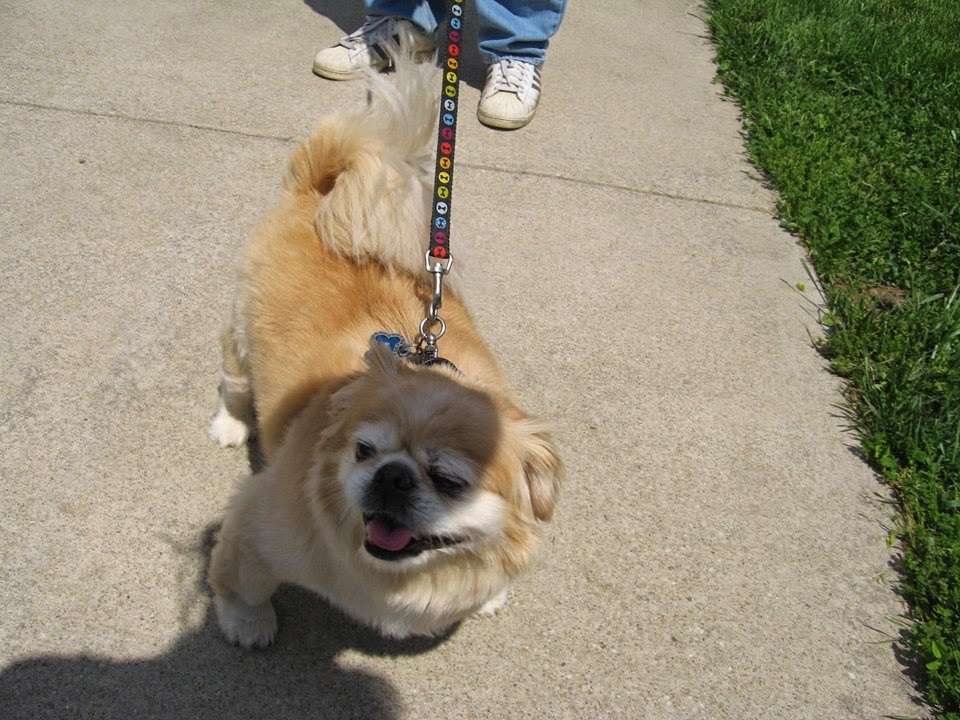 Maddy sent me a lot of pictures.   He's becoming a pro at the picnic routine.   He was adopted at the picnic, so it's a special time for him! 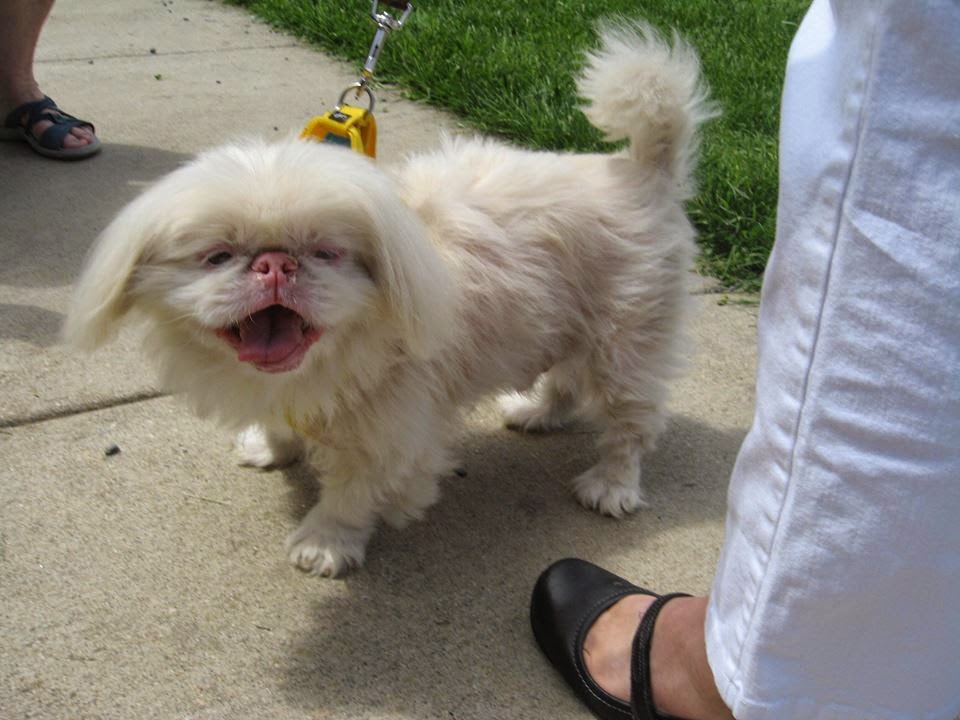 Butters was there-- he always makes a hit.   He is a PVPC alumni, too.   His mom and dad drove from NYC to come.    (Abner's parents drove from New York also-  and we had two men from Indiana!) 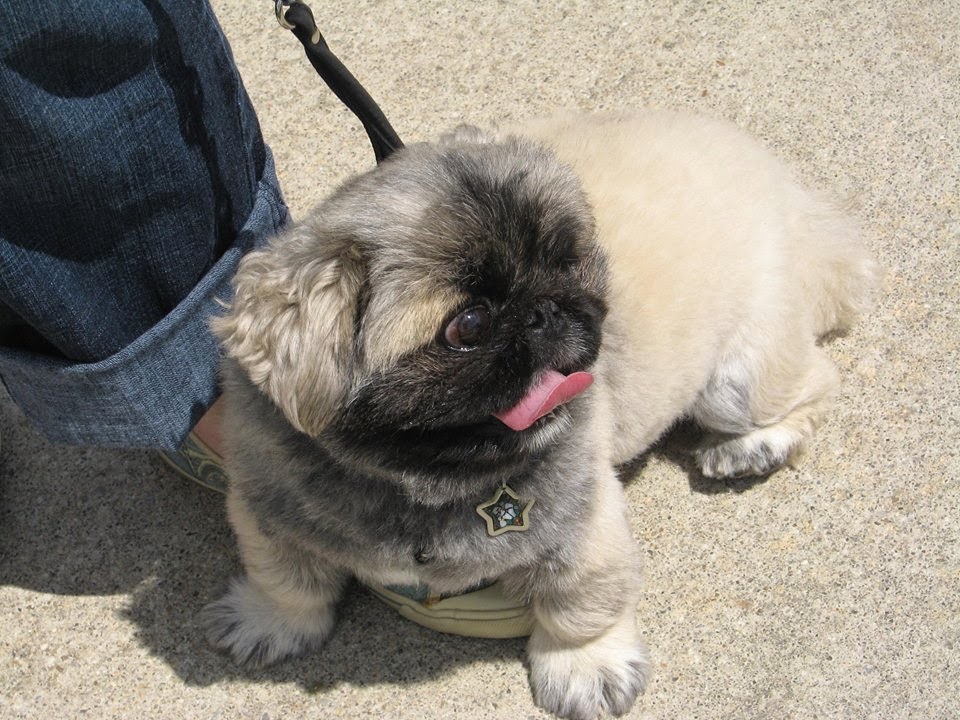 Oh, the cuteness at the picnic was overwhelming. 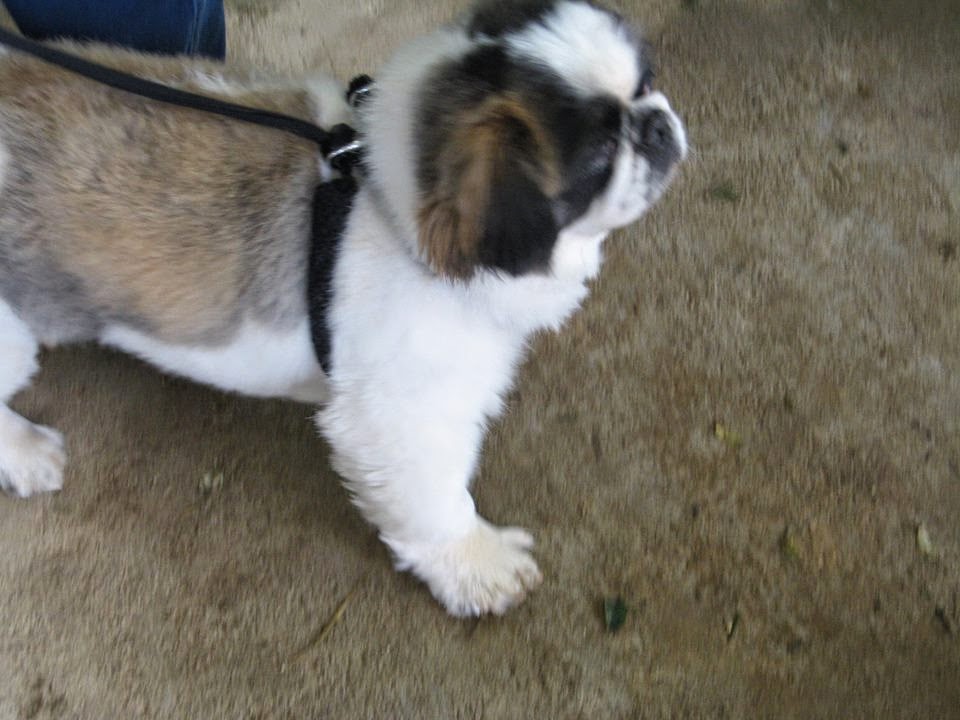 Coltrane made an appearance-- he looks like a mini-St. Bernard.  He's available for adoption. 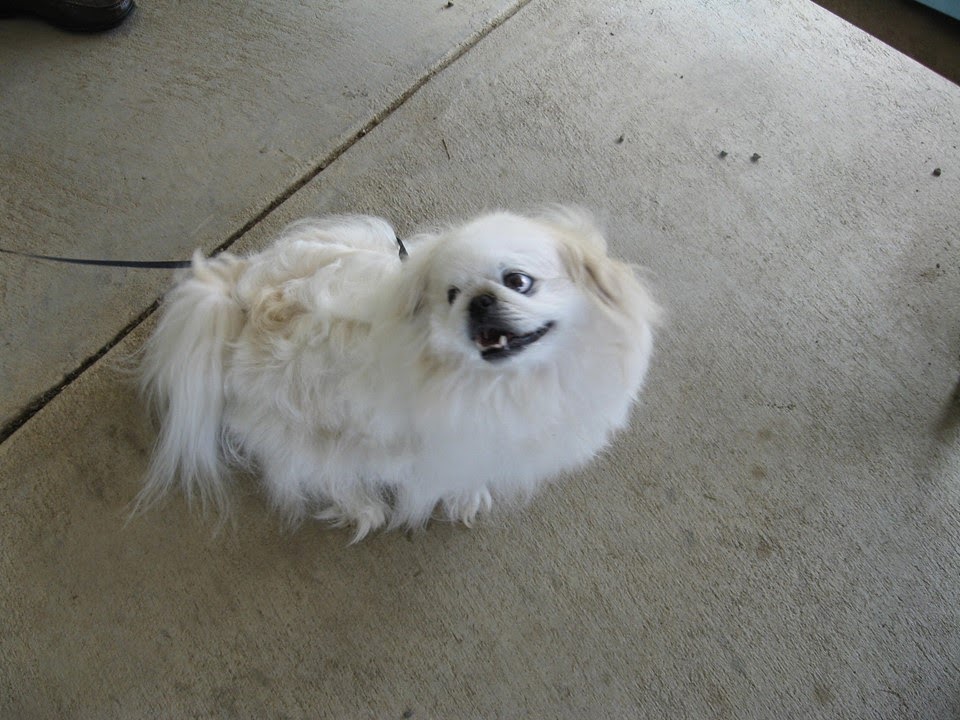 This stunning boy is a service dog-- he's come before with his official vest on.   Beautiful! 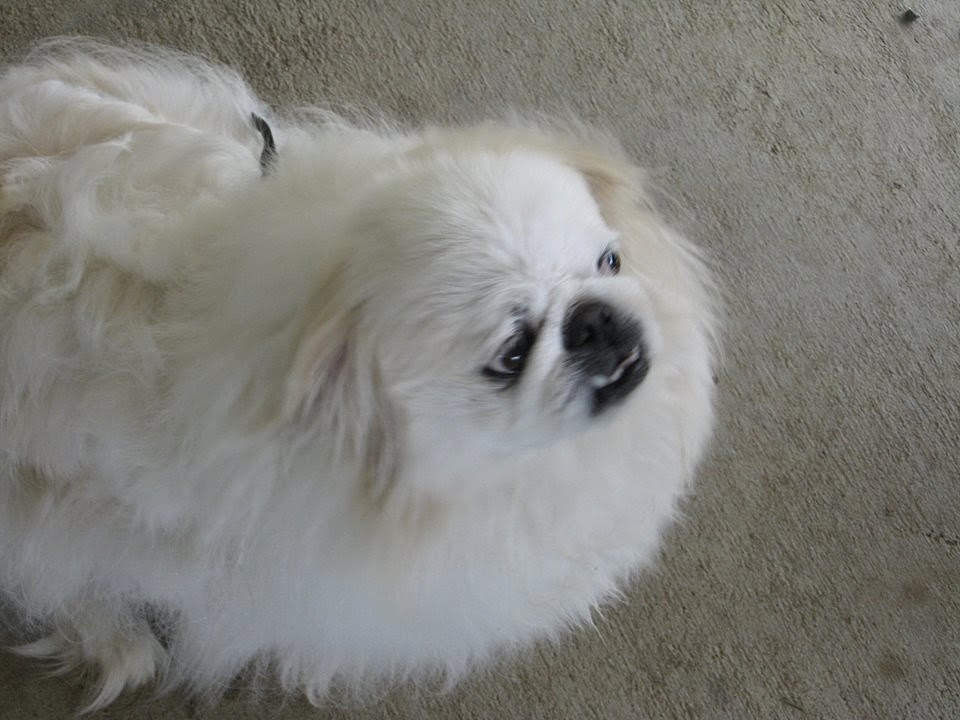 He was watching all the dogs-- 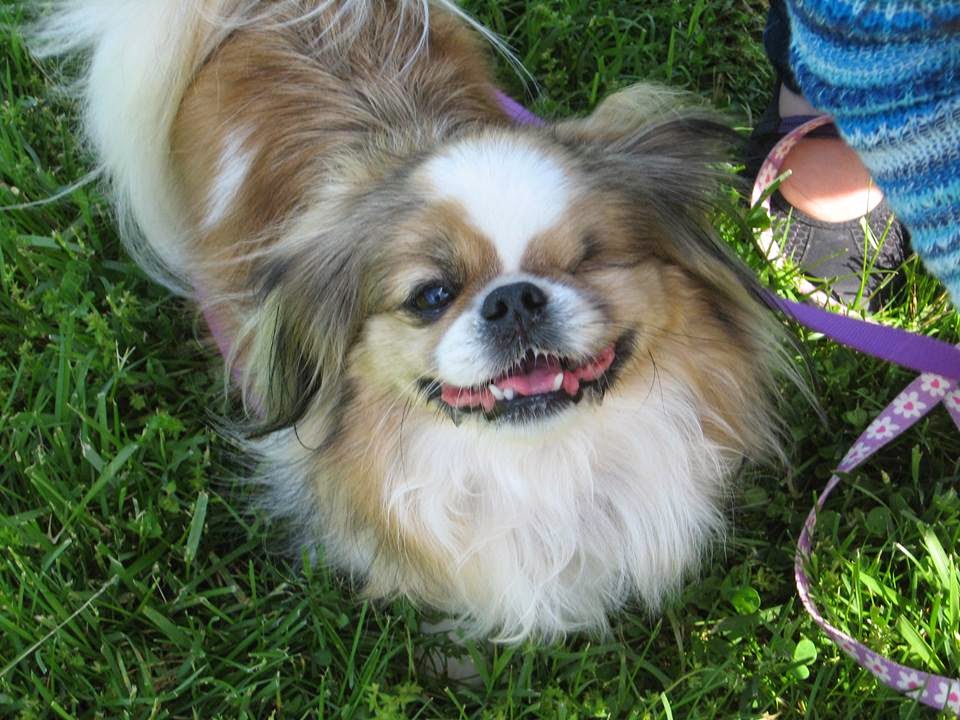 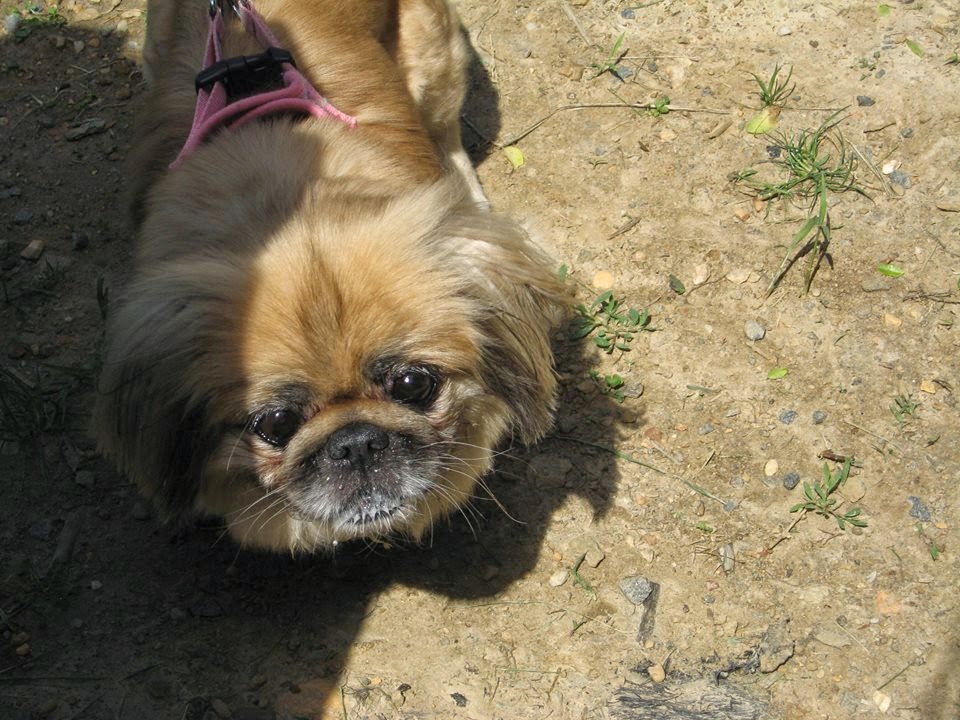 So many Pekes-- this is pretty Girl-Girl. 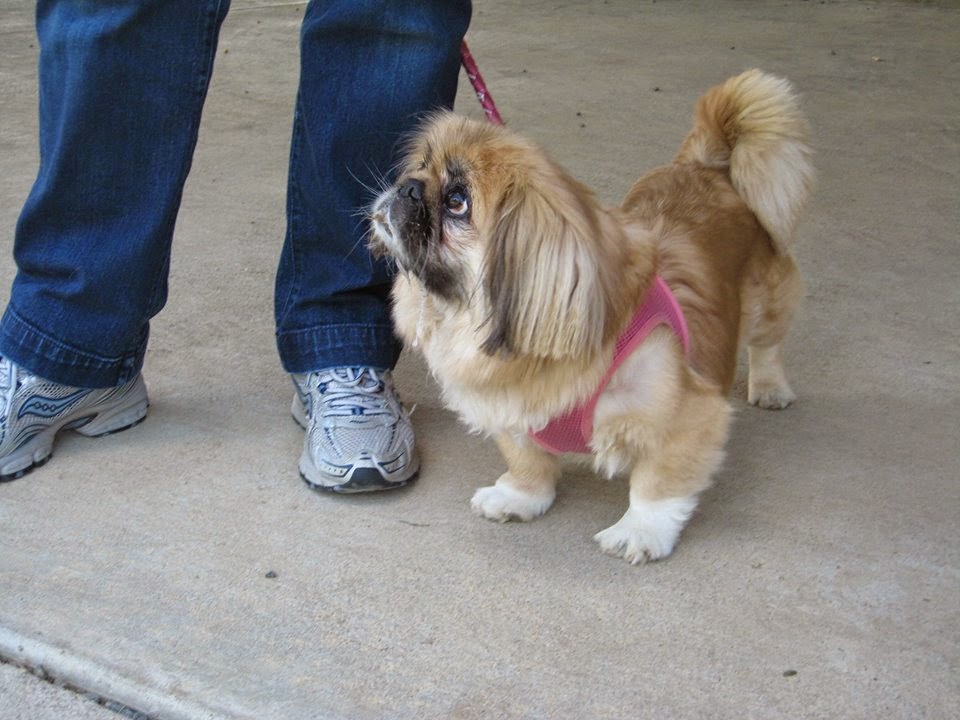 And they all got along!  We had NO fights! 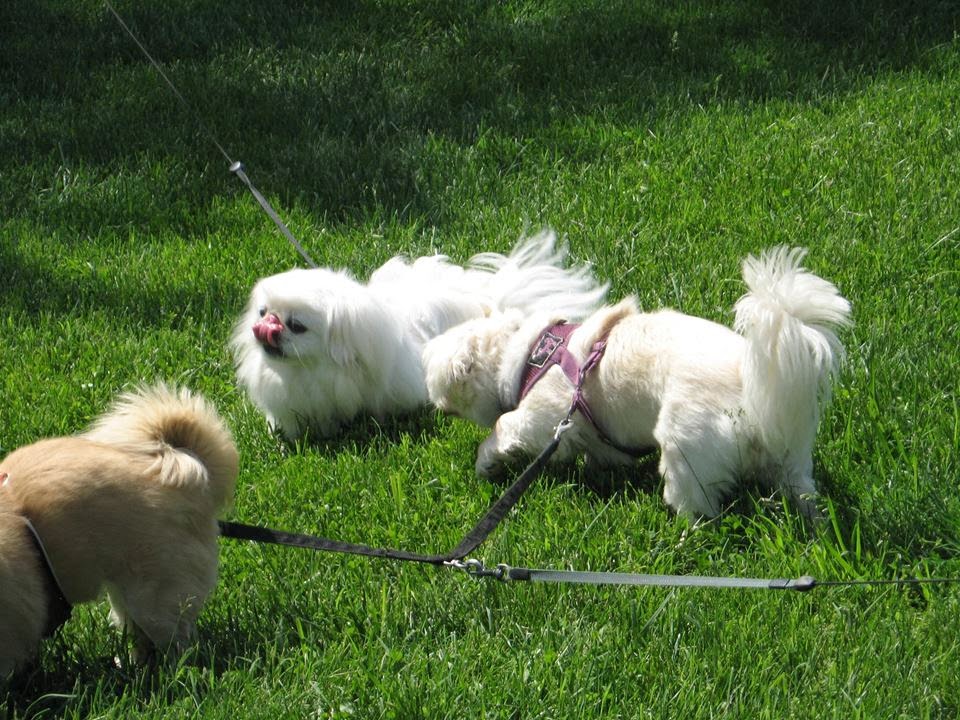 Just Pekes getting to know each other and loving every minute of it. 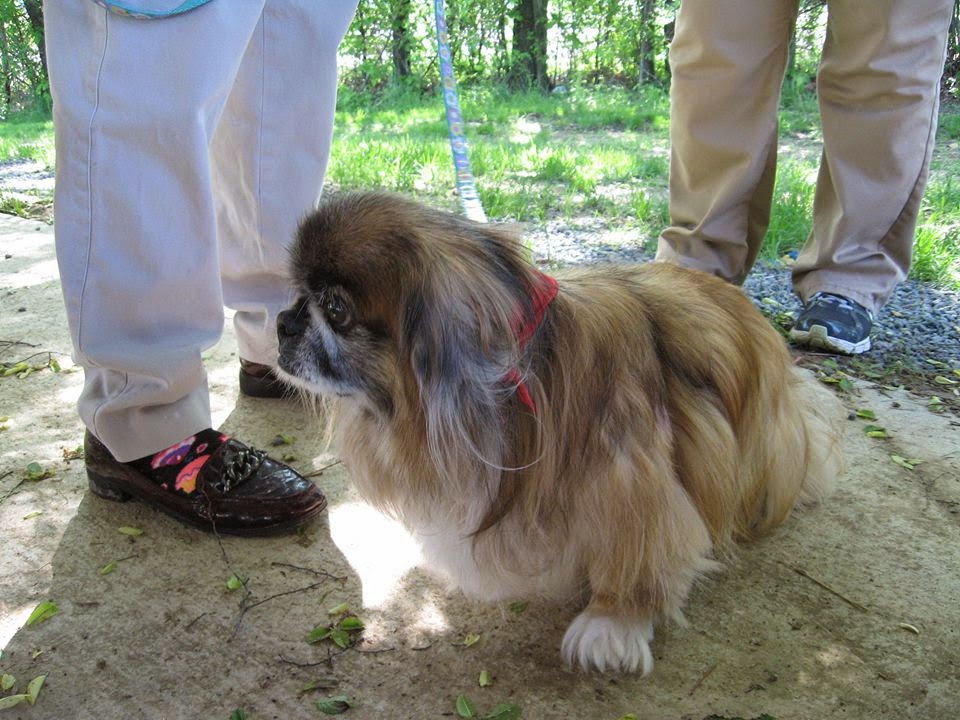 I think this is Bingo-- 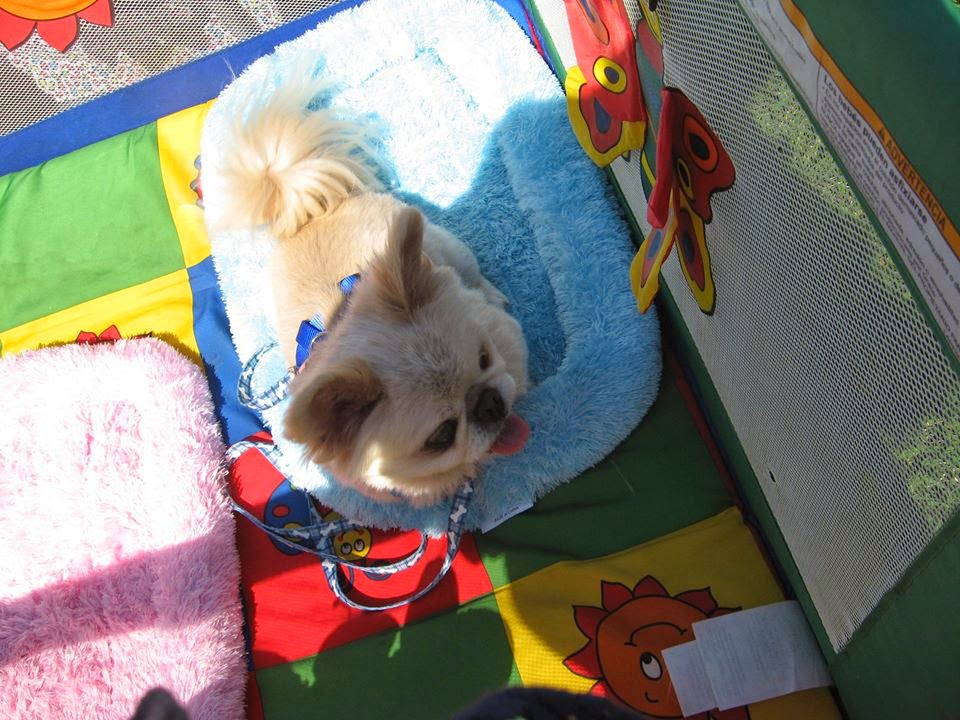 Chester hung out in his colorful playpen when he wasn't being held by someone. 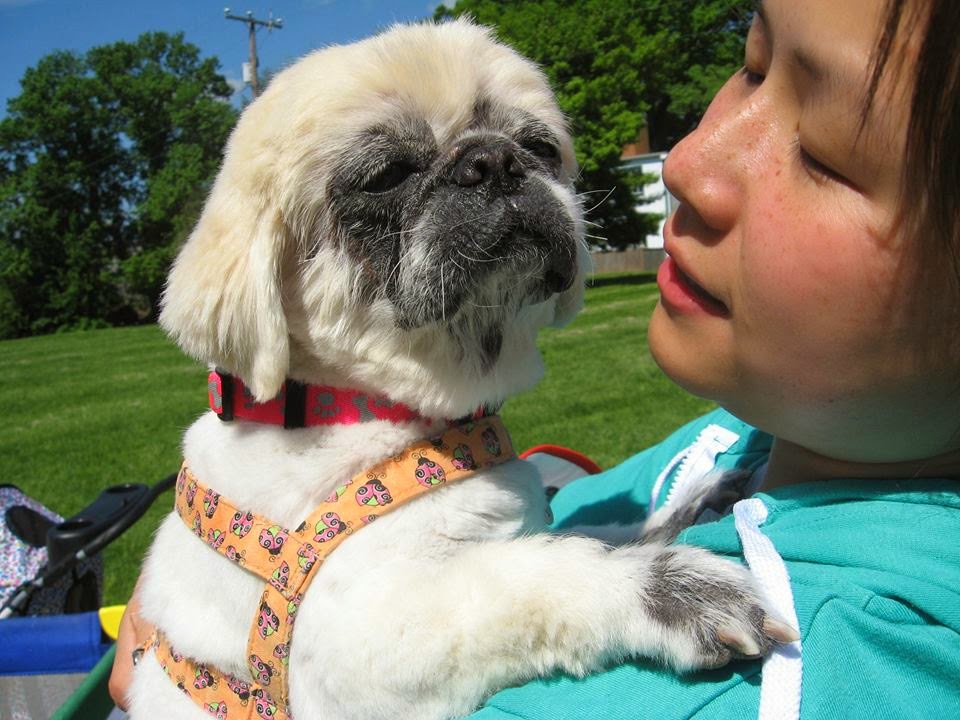 A new friend showed up-- 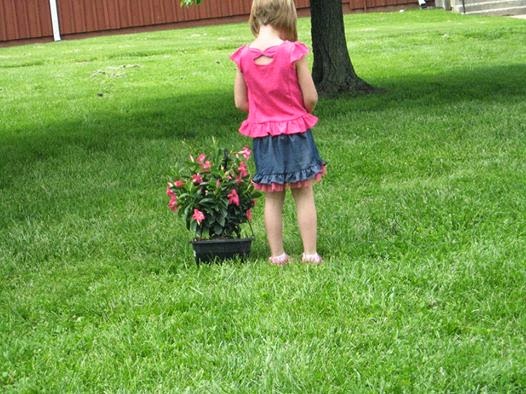 Blond Bit helped at the photo shoot-- there were flower props, hats, crowns.... More on that later! 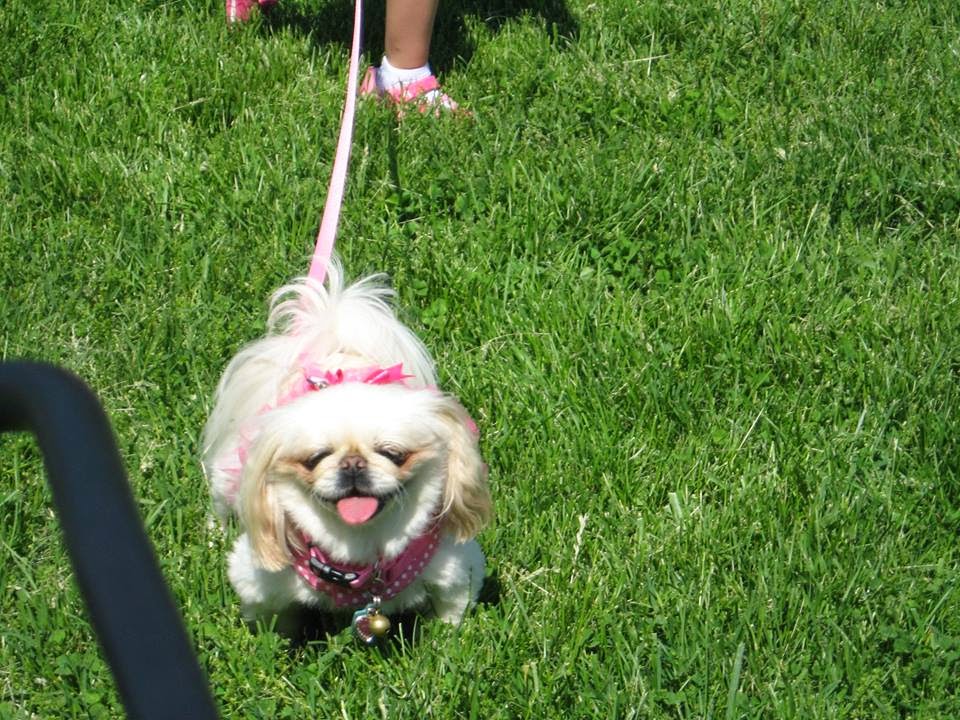 Abigail was so happy! 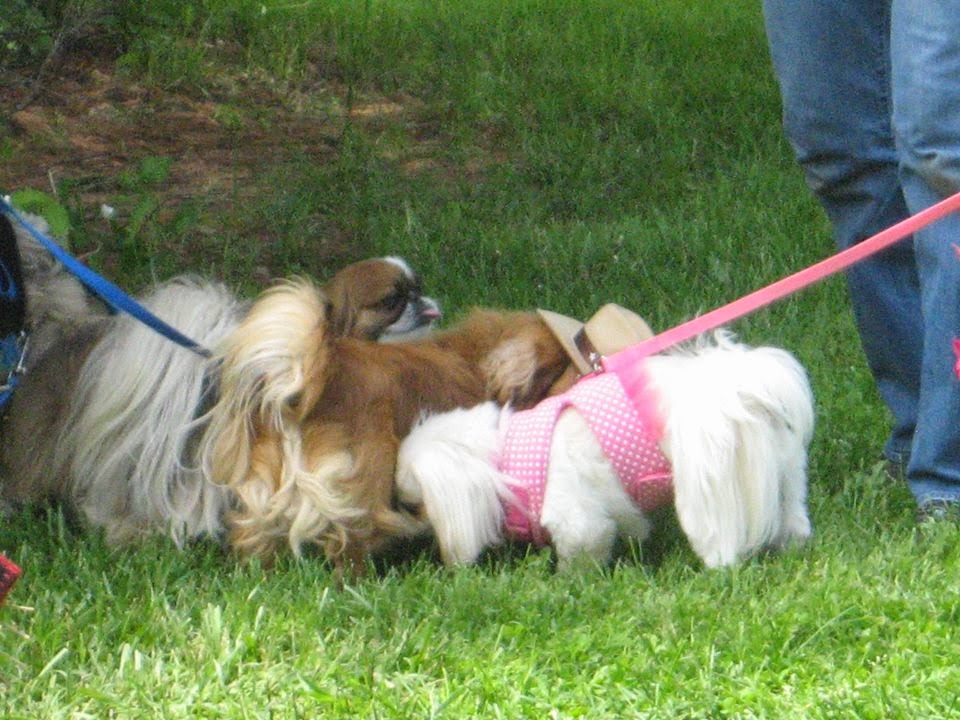 She was with her friends-- new friends-- I see a photo shoot hat there. Must be the sheriff! 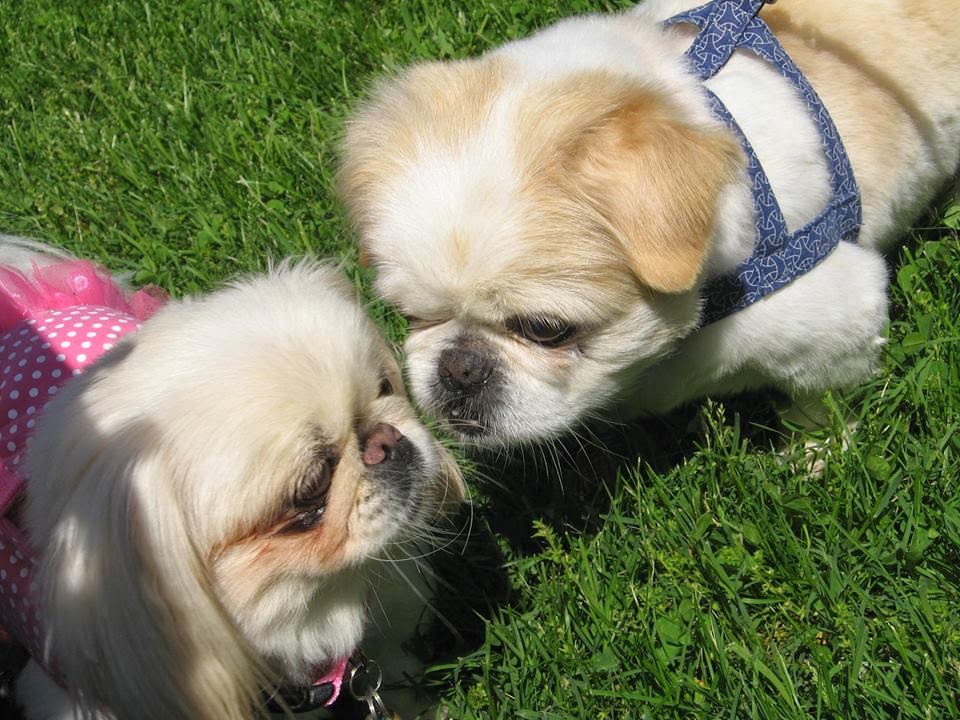 And at the end of the day, they were sharing secrets about how much fun they had.   We all did!
Posted by Linda at 1:00 AM

I am loving those Peke Picnic photos!!!

Hello Butters - if I was there I would be trying to pinch you !!! LOL

In fact Linda .... I would have to have a pretty big suitcase ... I would be trying to get many of those cuties back to Oz!!! LOL

I love all the photos! Looks like a beautiful day for a picnic and lots of fun!

Looks as though fun was had by all. I hope to be there next year, or before.

I enjoyed seeing all the pics. It looks as though fun was had by all.I hope to be there next year or before.