Camp Runamuck comes to my house on a regular basis-- I love it! 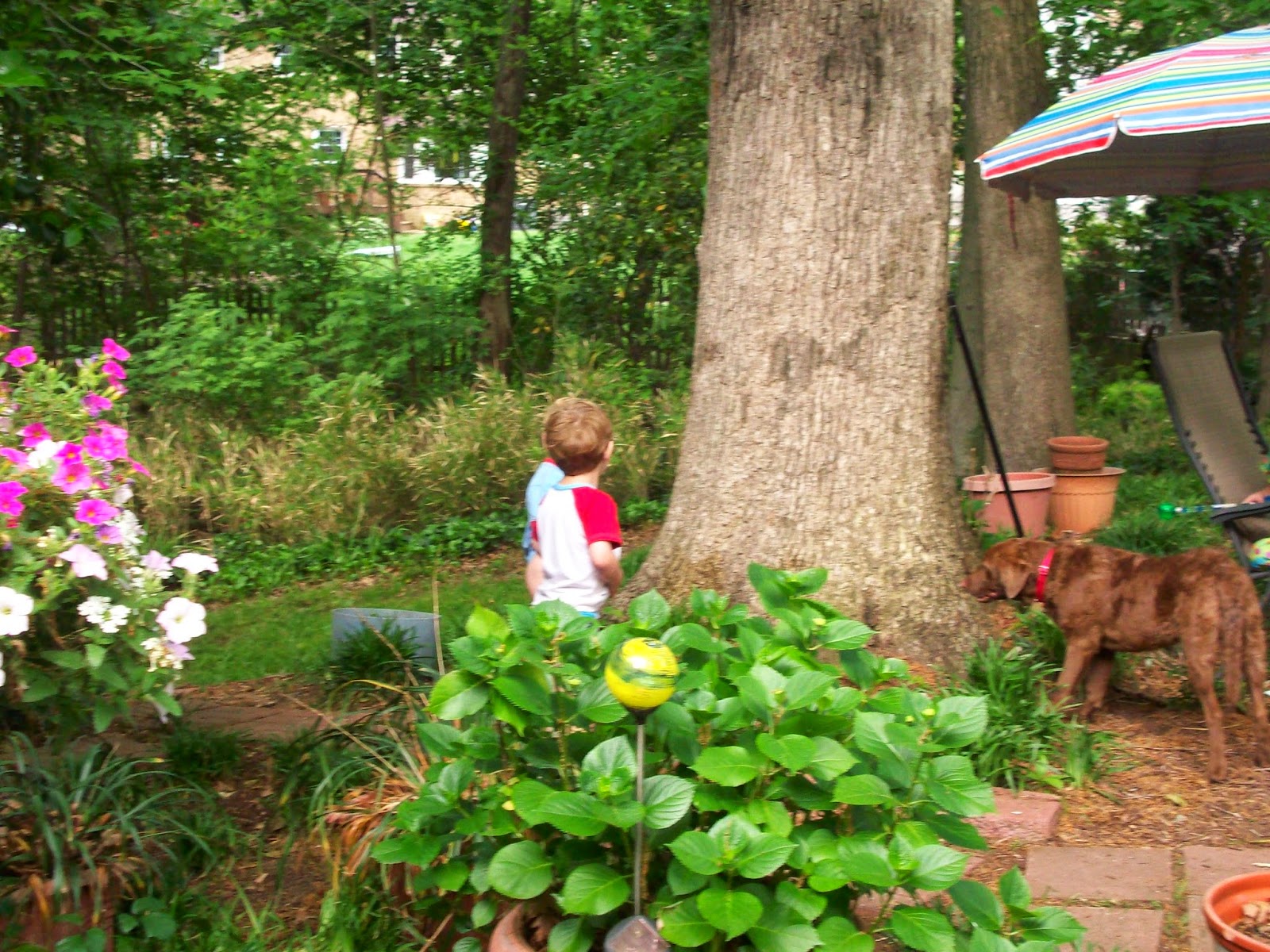 The grandbits and the granddogs join us and you just never know what will happen.  The first thing was letting the grandboys outside with the dogs-- they promptly found a tree to pee on.   The boys, not the dogs. 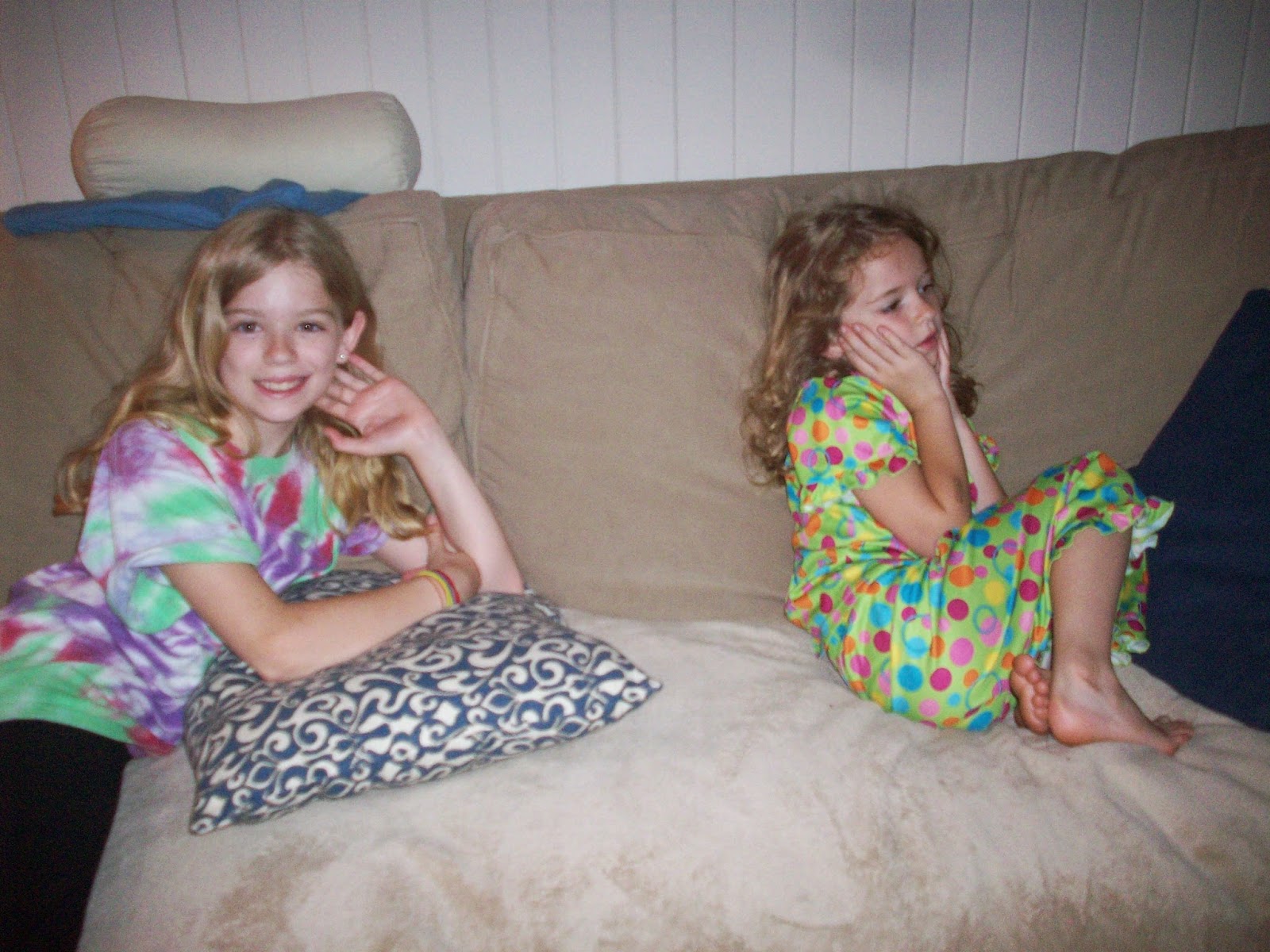 The grandgirls stayed inside to veg on the couch. 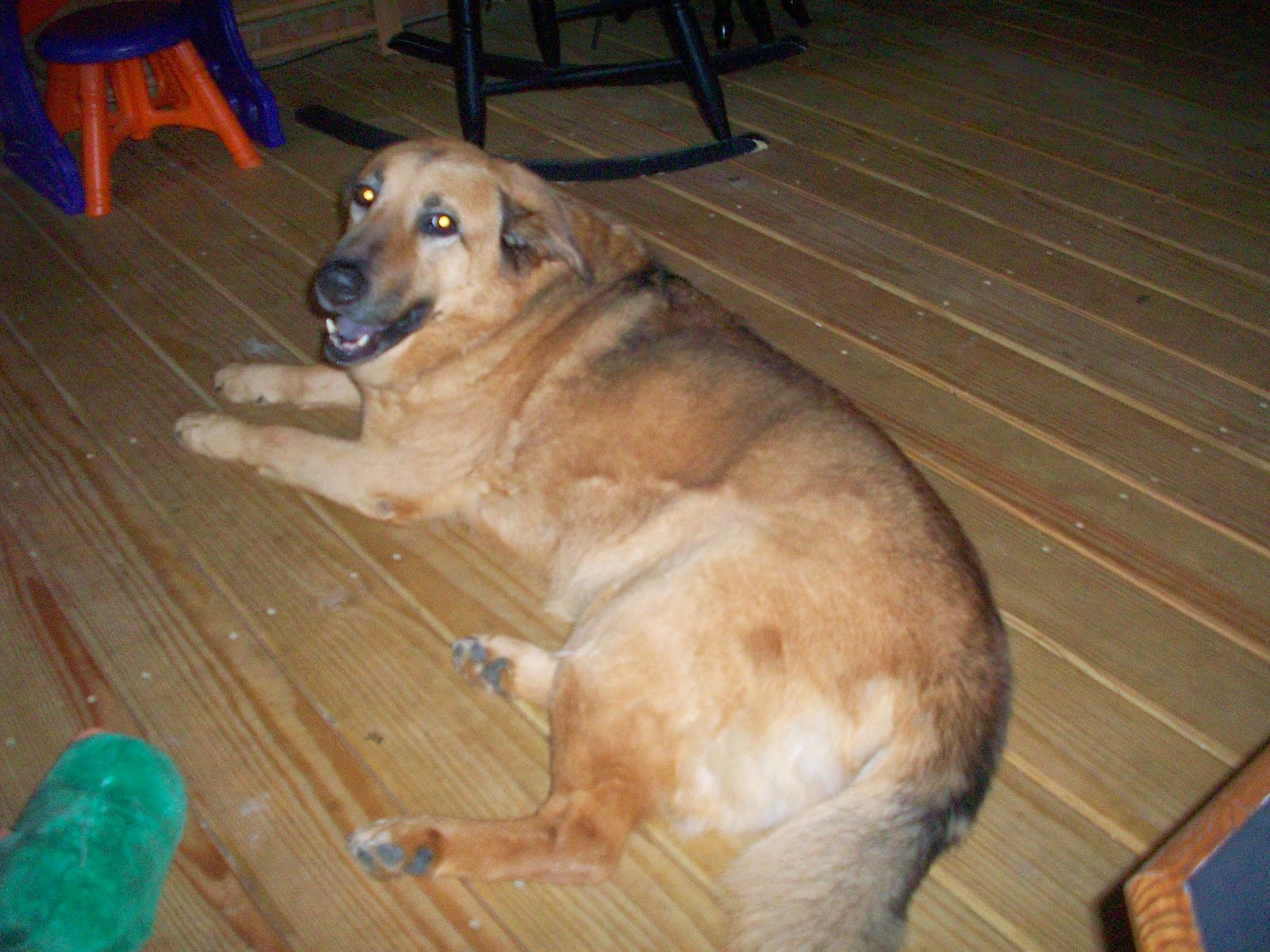 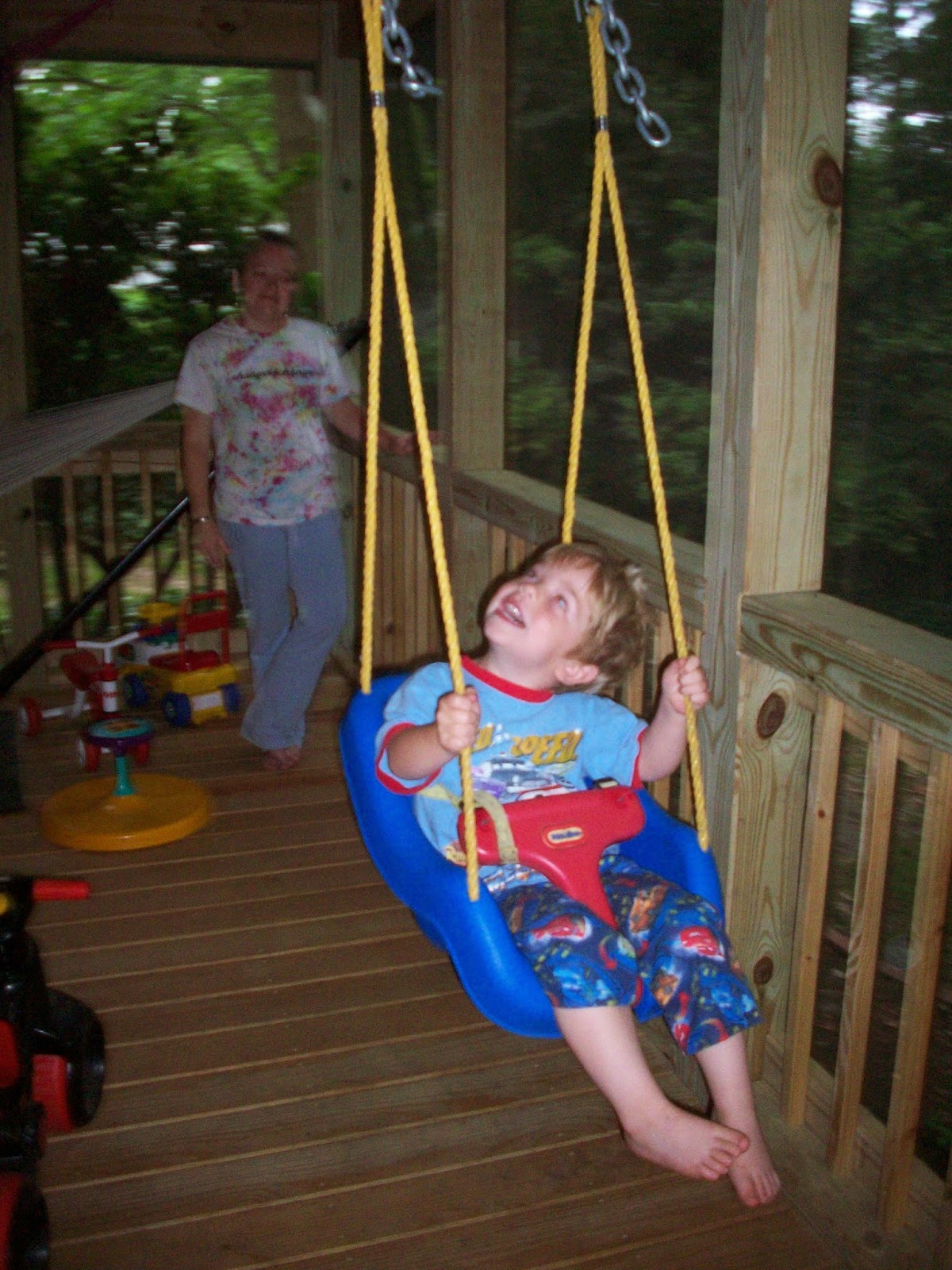 The porch swing was put to full use!  Stay out of the way dogs! 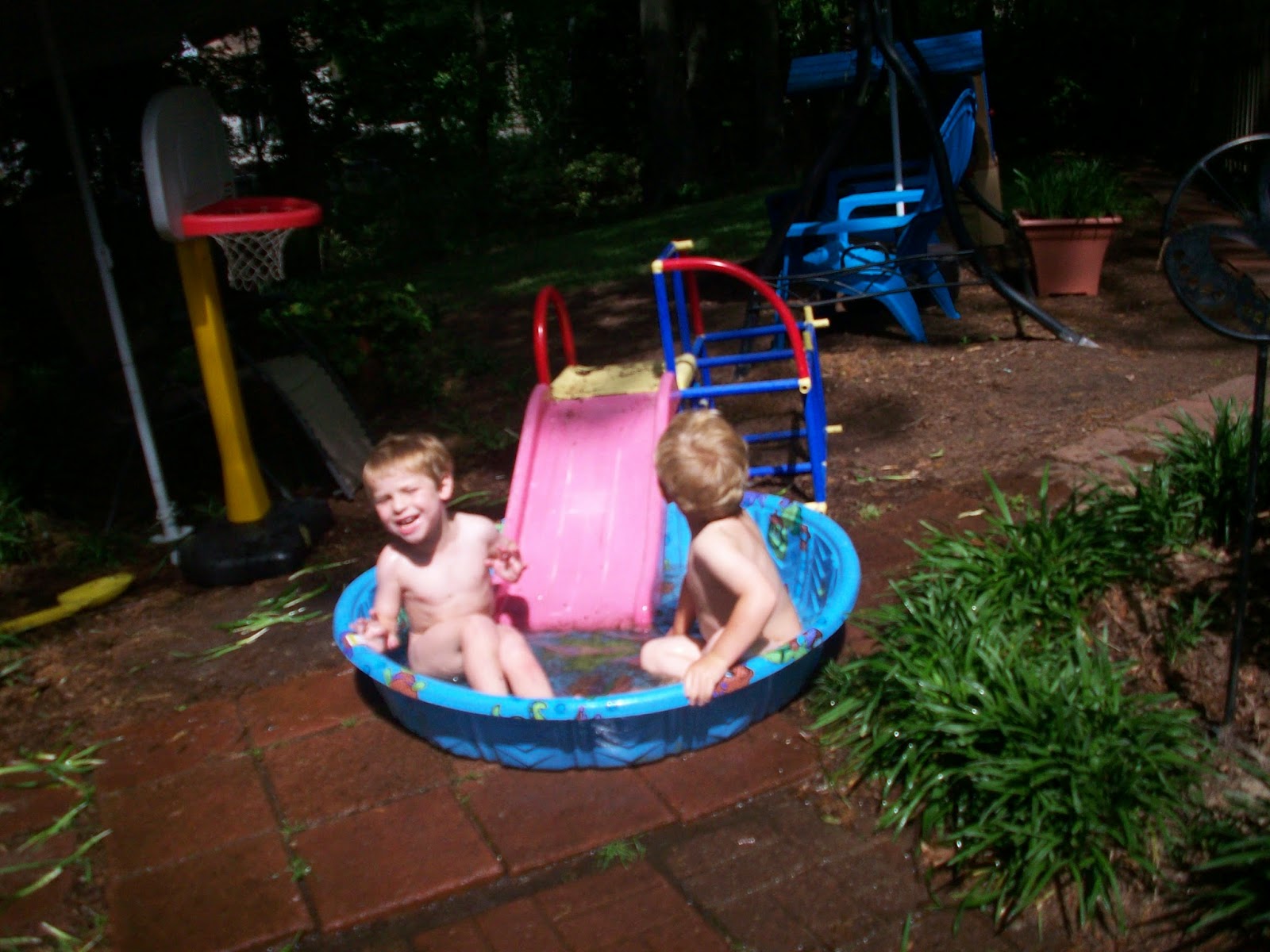 Grandboys in the pool-- the puppy, Maddie, joined them.    She's 50 pounds now-- and loves the water! 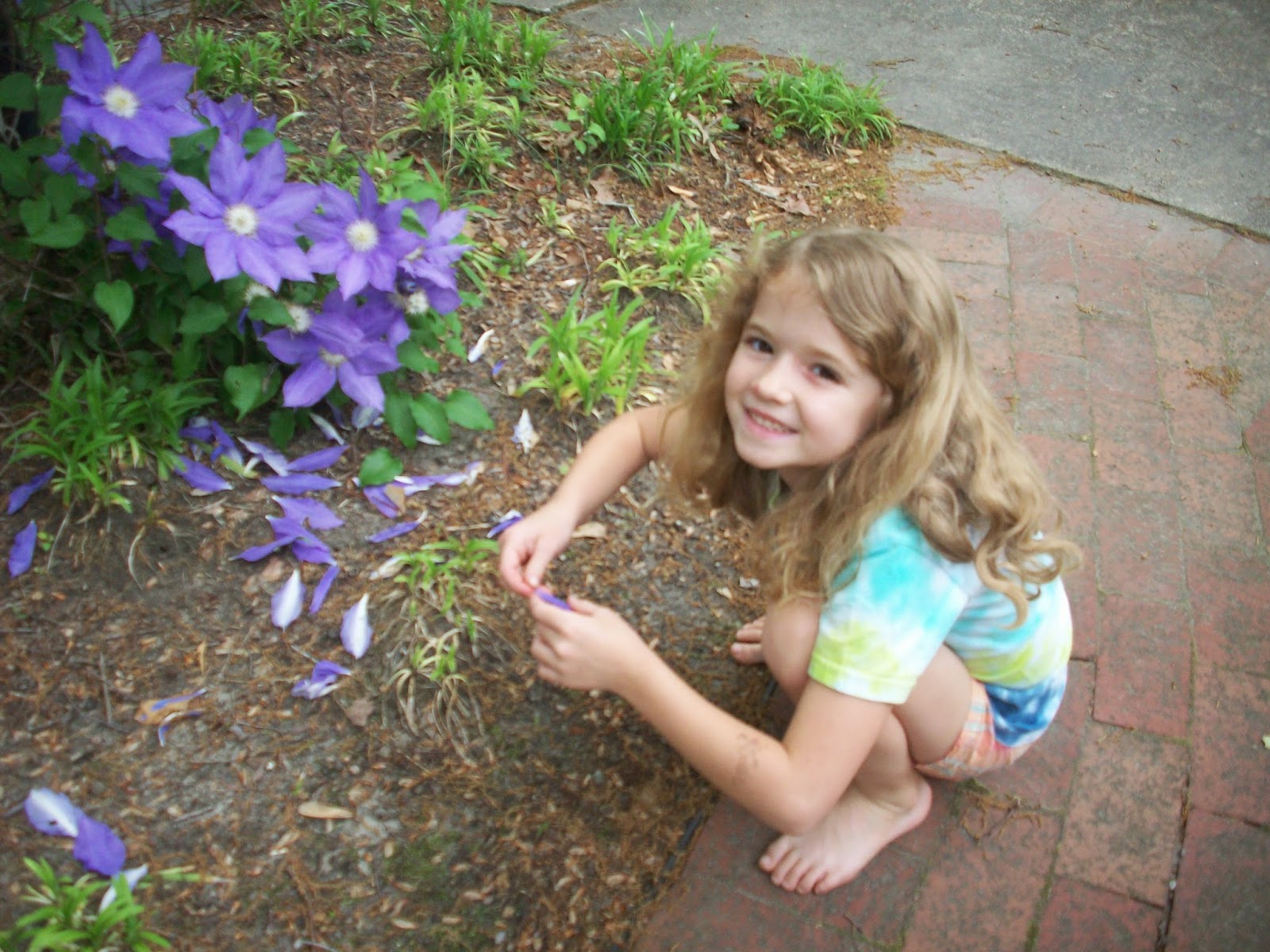 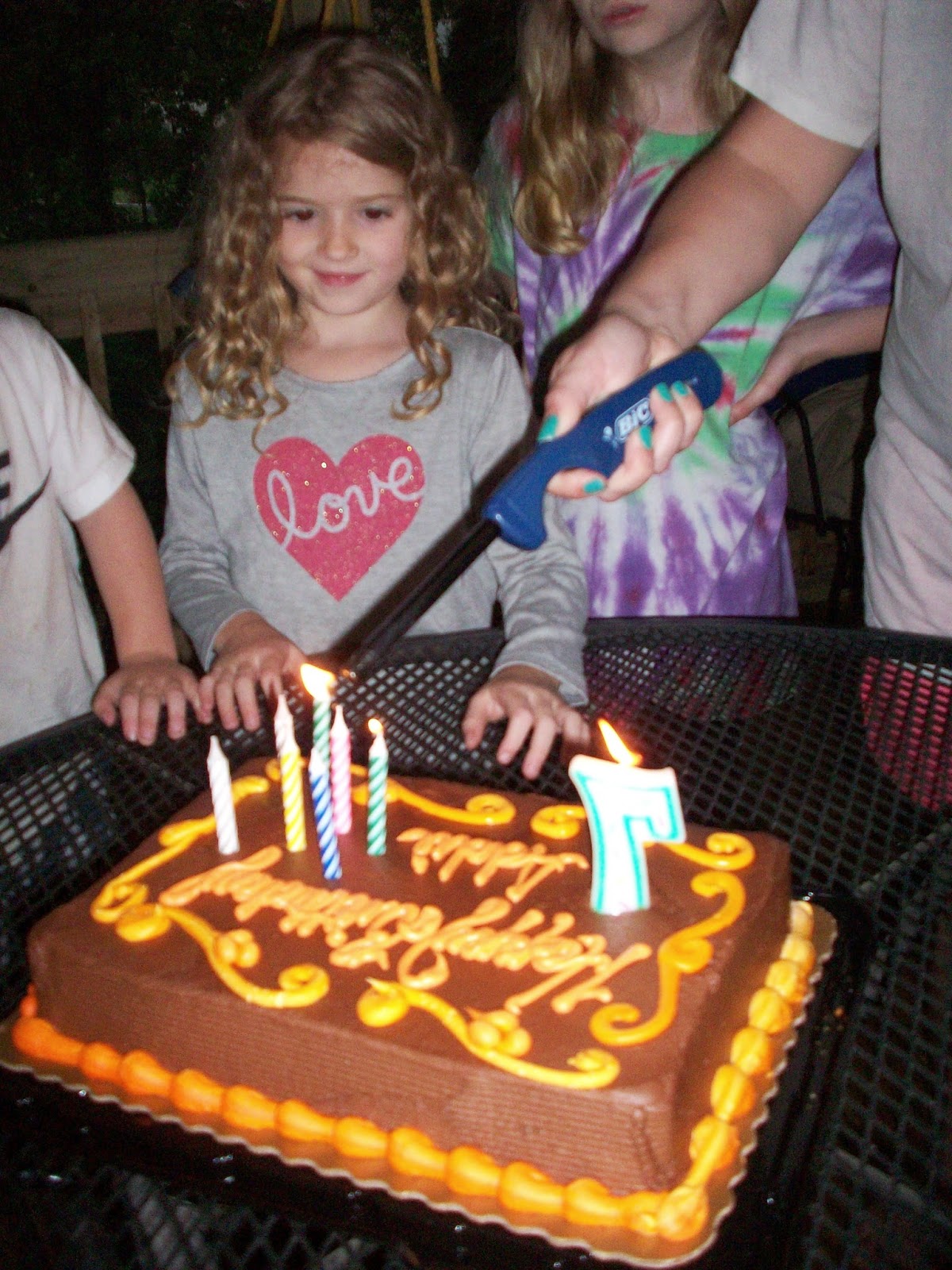 And we had a birthday party for her-- so much fun! 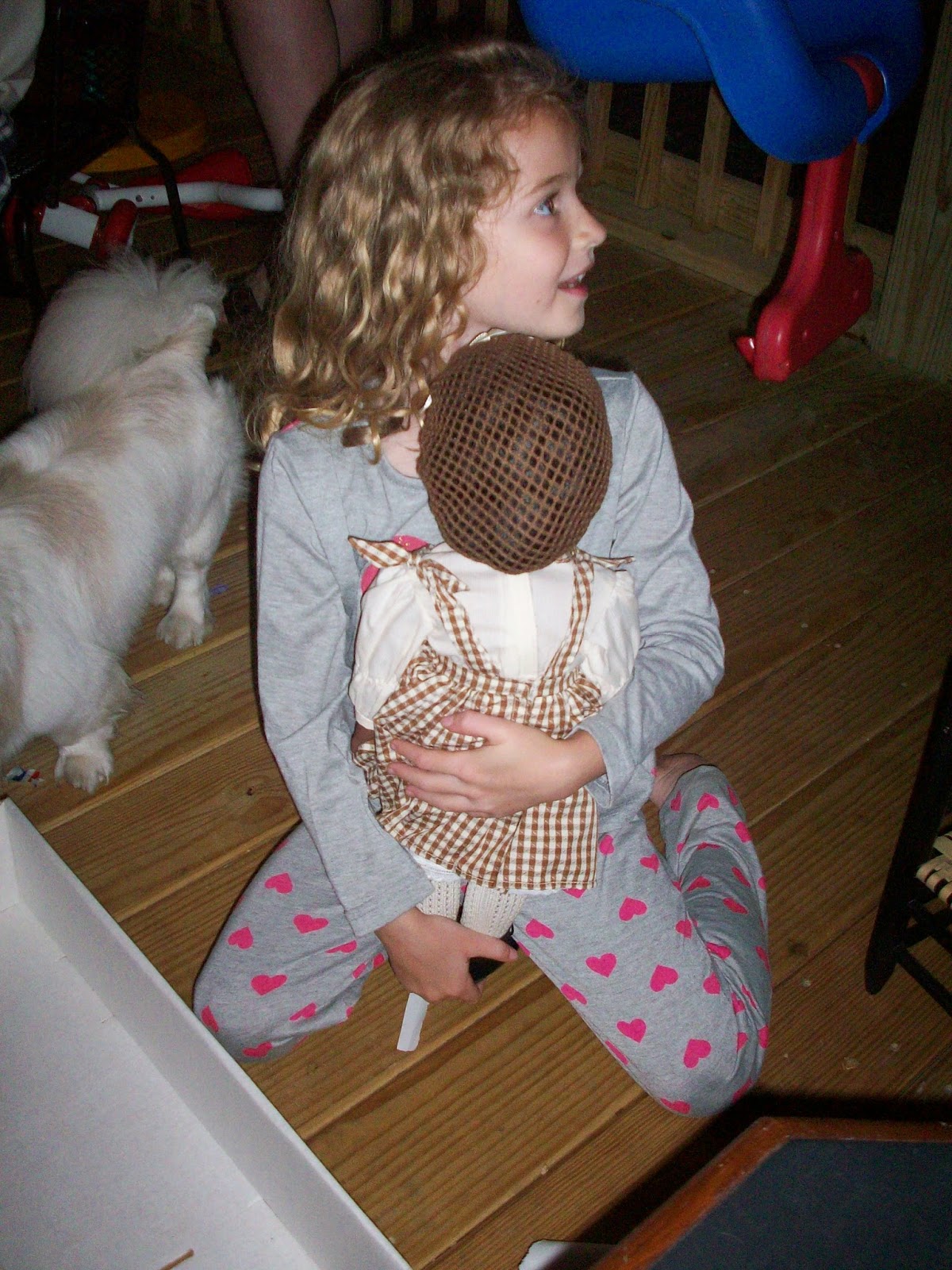 She loves American Girl and wanted one of the dolls-- 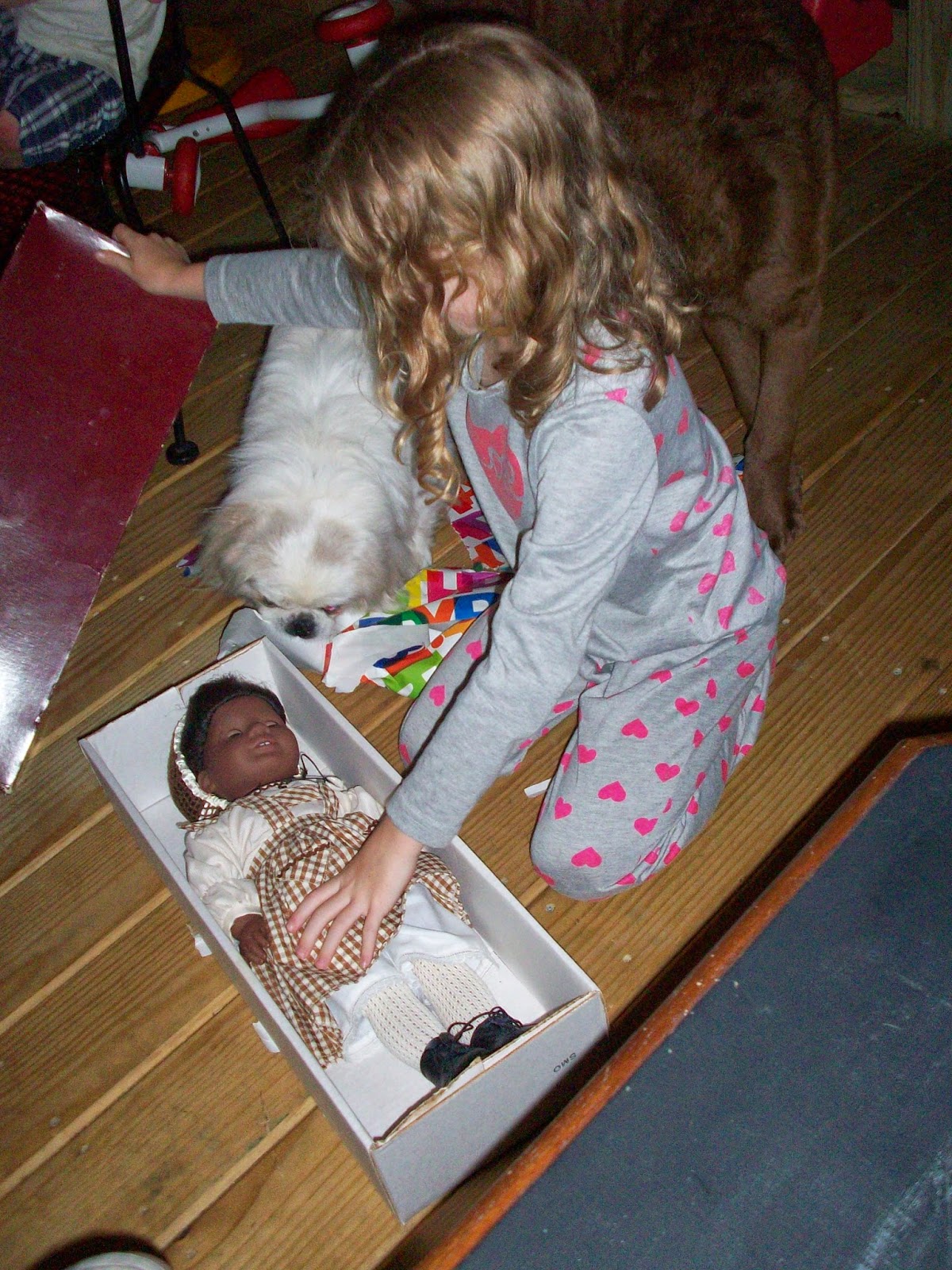 Rammie wanted to see what she got.   He is a  very curious boy.   Bitty Bit was thrilled! 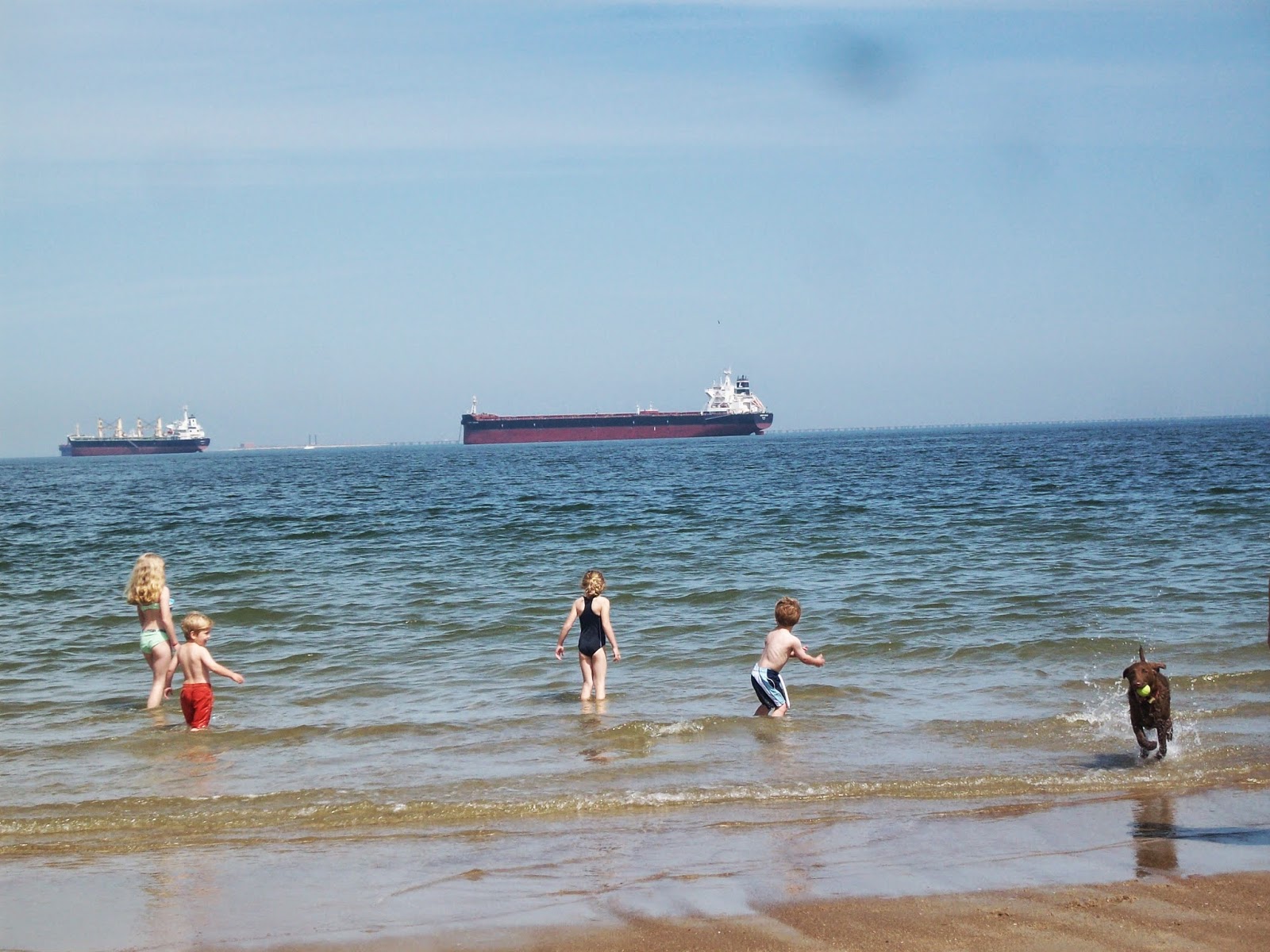 Sunday morning, we went to the beach!    We went to the bay side, by the Chesapeake Bay Bridge Tunnel.   There were 12 ships out there, just waiting to go in.   The kids didn't care.    You can see Maddie, the puppy-- with her tennis ball. 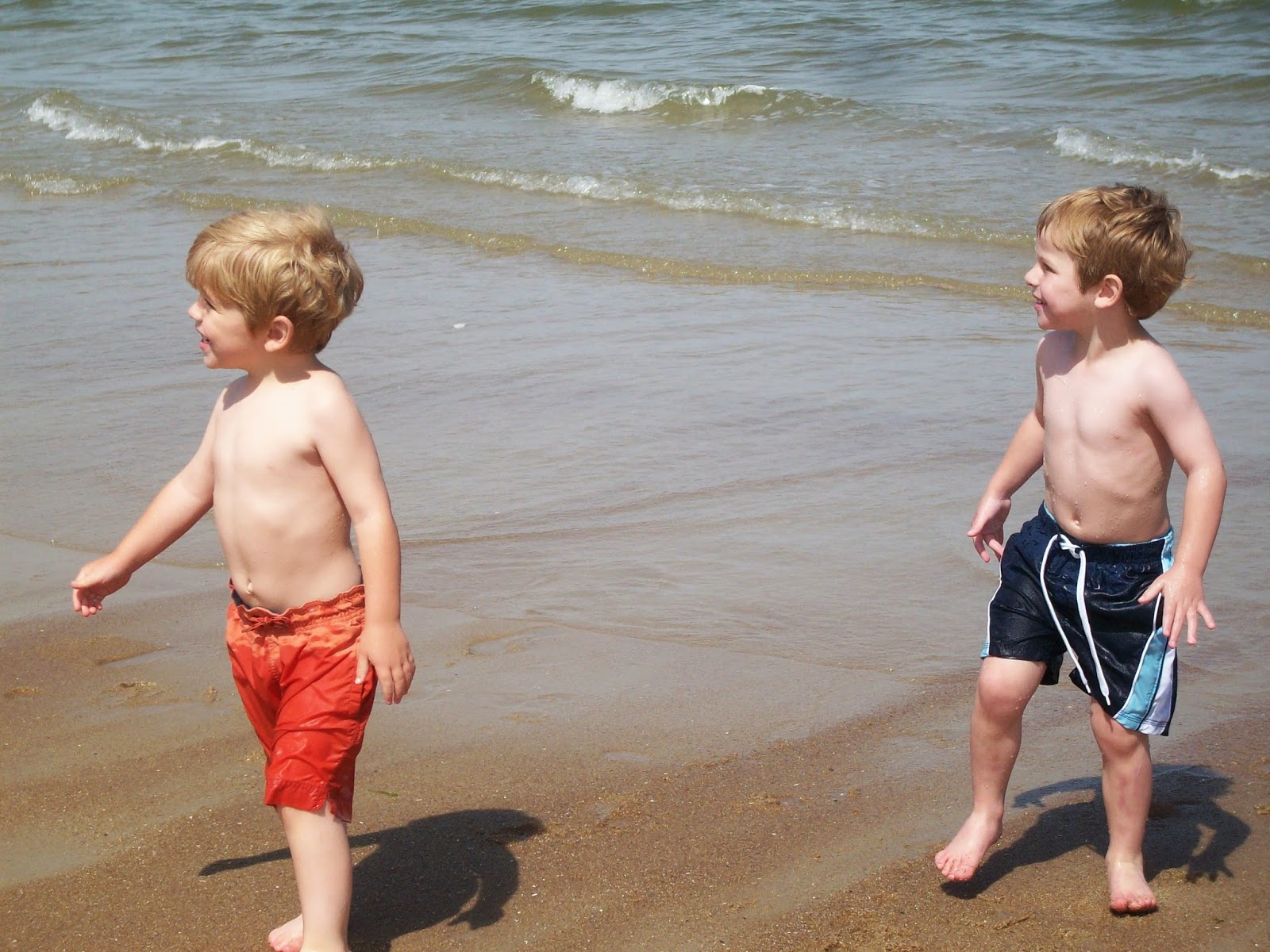 Drill Bit and Beach Bit were having a blast-- cousins!!   Great friends. 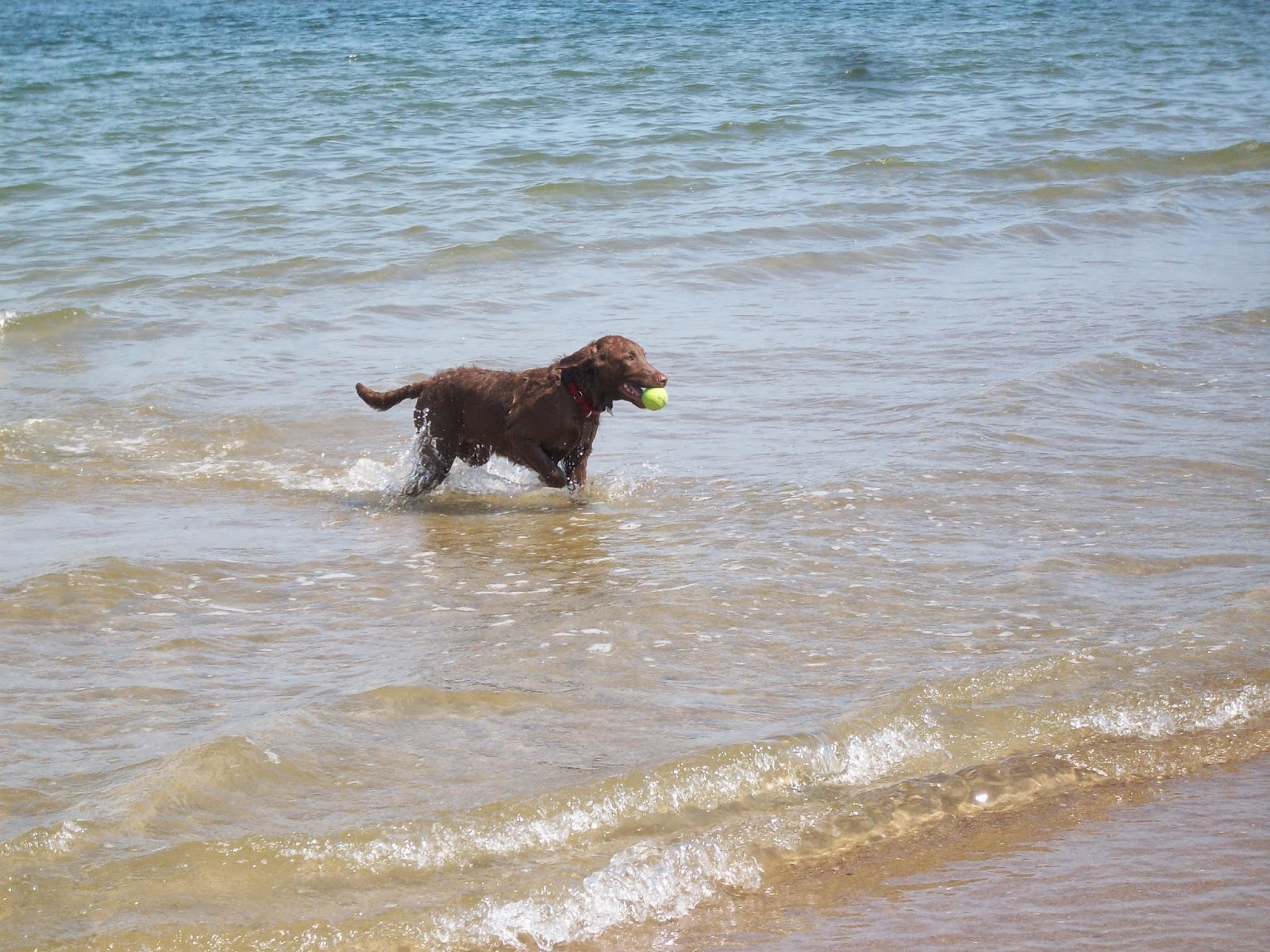 And Maddie-- she couldn't get enough of retrieving her ball from the water. Can the Bits help her?    Lil Bit, Bitty Bit, Drill Bit and Beach Bit (covered in suntan lotion, so he looks very white!). 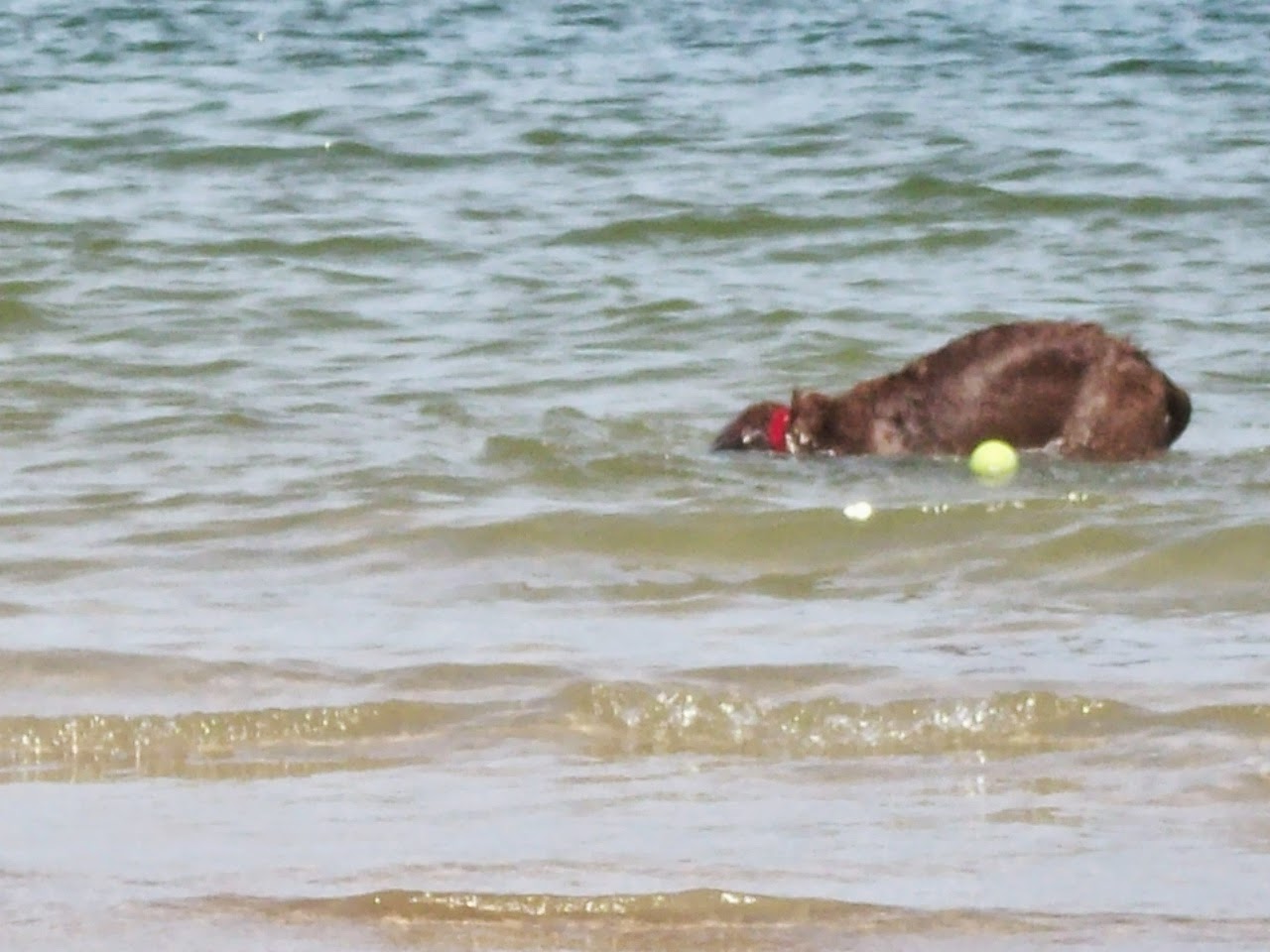 There's nothing under there, Maddie. 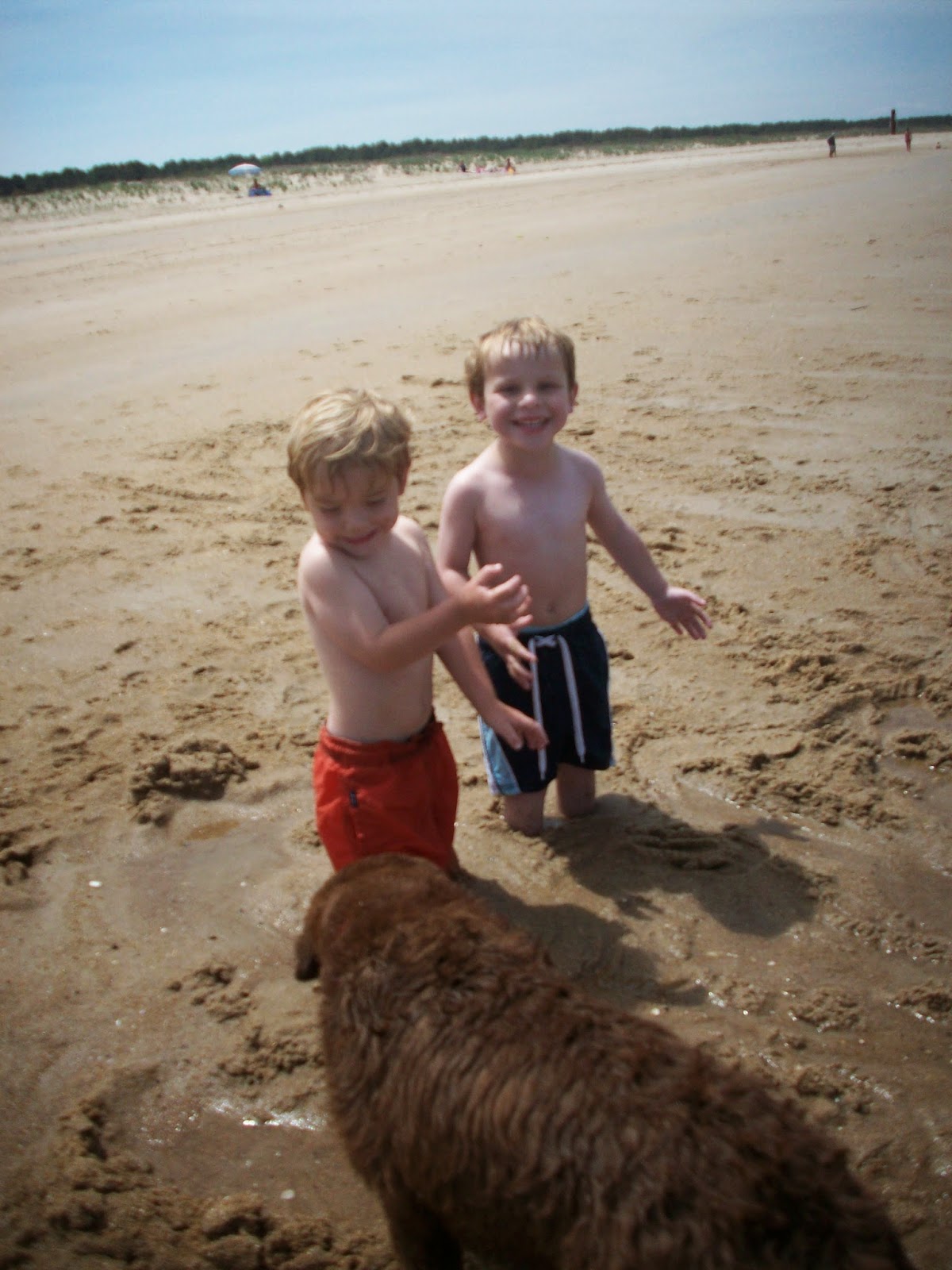 The boys were buried in the sand-- well, up to their knees.    That's about 6 inches LOL. 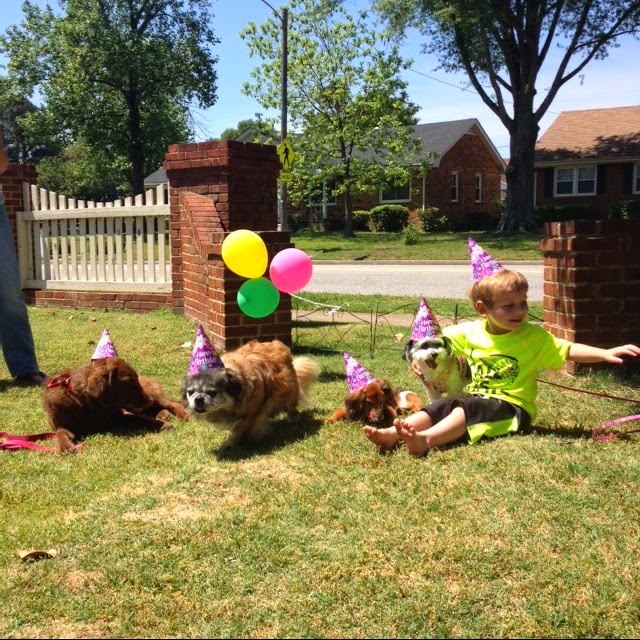 Then, we went to a 20th birthday party for Allie, a friend's Dachshund.  WOW, 20 years!    Maddie (puppy), Pandy, about 14 years old, adopted from PVPC, Ally the birthday girl, Ethel being held by Beach Bit.   Can you tell we love dogs and children! 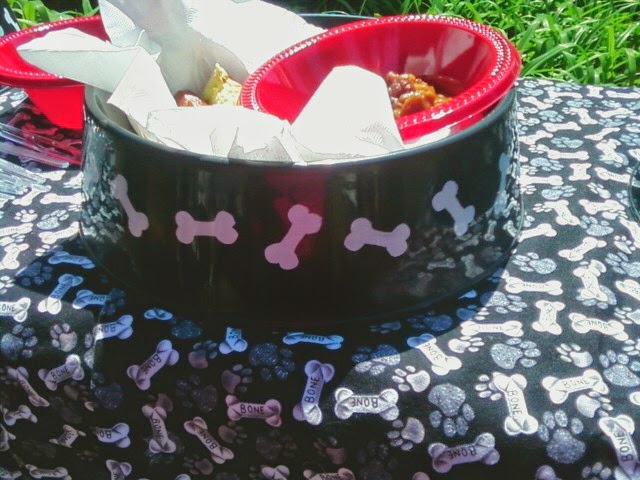 They had dog bowl plates, doggy table clothes.    All out for their sweet girl! 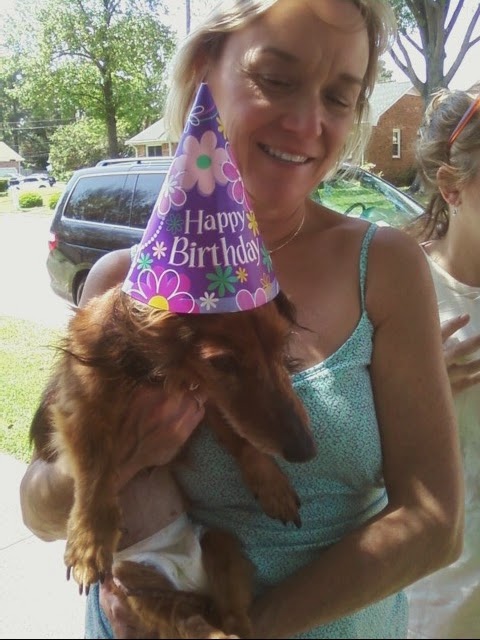 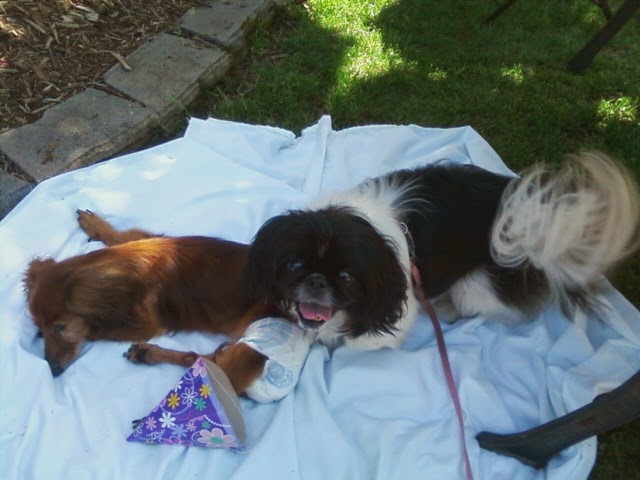 Koko got to go to the birthday party and visit with Allie-- We had a great Mother's Day week-end.   Not very calm, but busy and full of fun, family and pure chaos!    I think I'll rest now!     What was your week-end like? 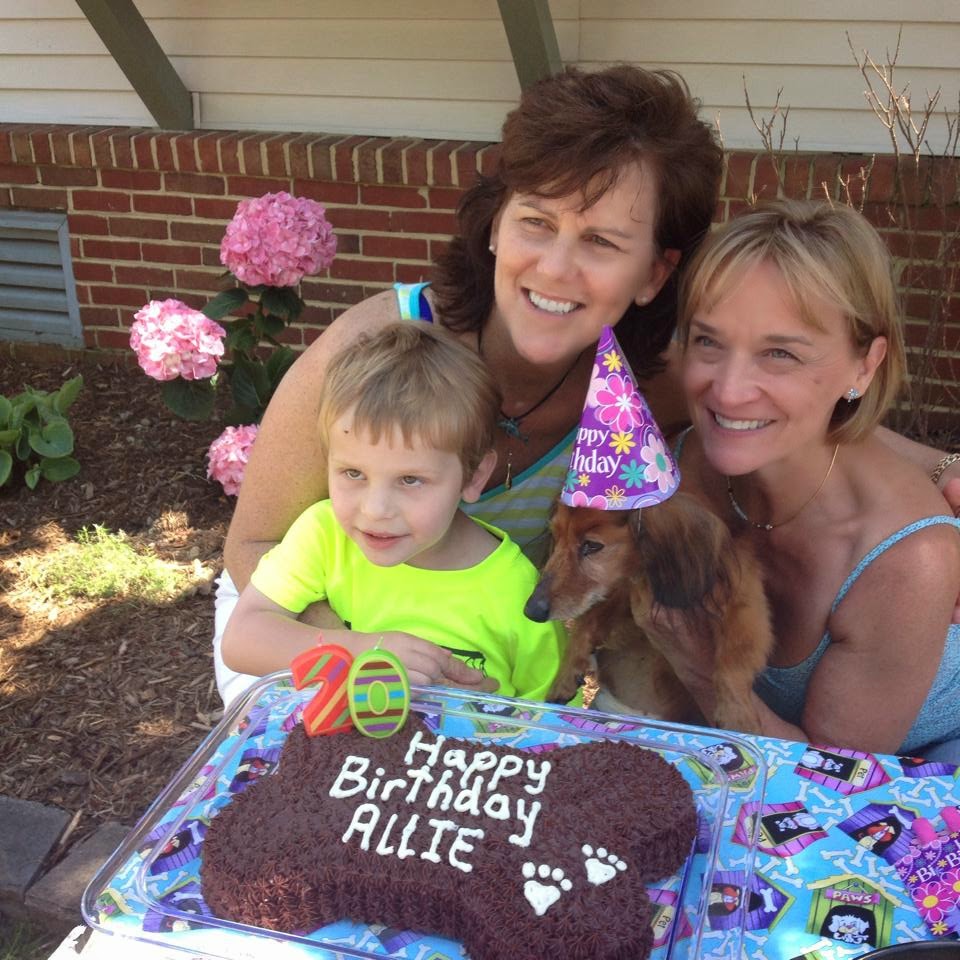 My weekend was not so energetic as yours Linda ! Oh boy!

Wow!! I am exhausted just reading about it!! LOL

Mine was much more relaxing than yours. I had to work all weekend. Often when I have the grandkids, I think I need to go back to work so I can rest. lol However I would have loved to been able to spend it like you did. Wow They are blessed to have their fur baby for 20 years. They must have done something right for God to bless them with a gift like that.