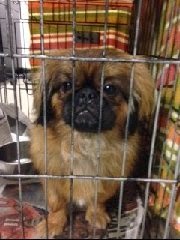 Clark came to us from out of our regular area.  I received a huge plea to help this very young Peke.   You see, he didn't have a tail and that in itself is not a problem.   But, he was also missing a vertebrae and because of that he had little to no bowel control.    He has bladder control-- it's a different place on the spine. 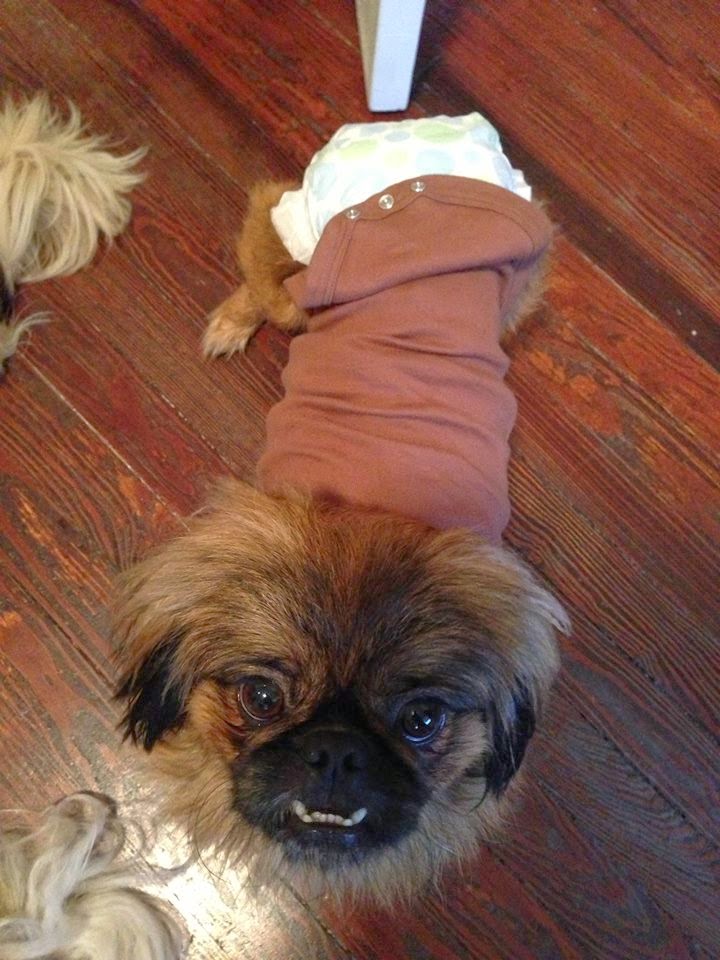 So, here was this young Peke, super sweet, on the euthanasia list if we didn't take him.    I HATE to have emails like that where I have to make a decision quickly about whether a dog lives or dies.    So, we put out a message on facebook and Alisa and Mark volunteered to help foster Clark. 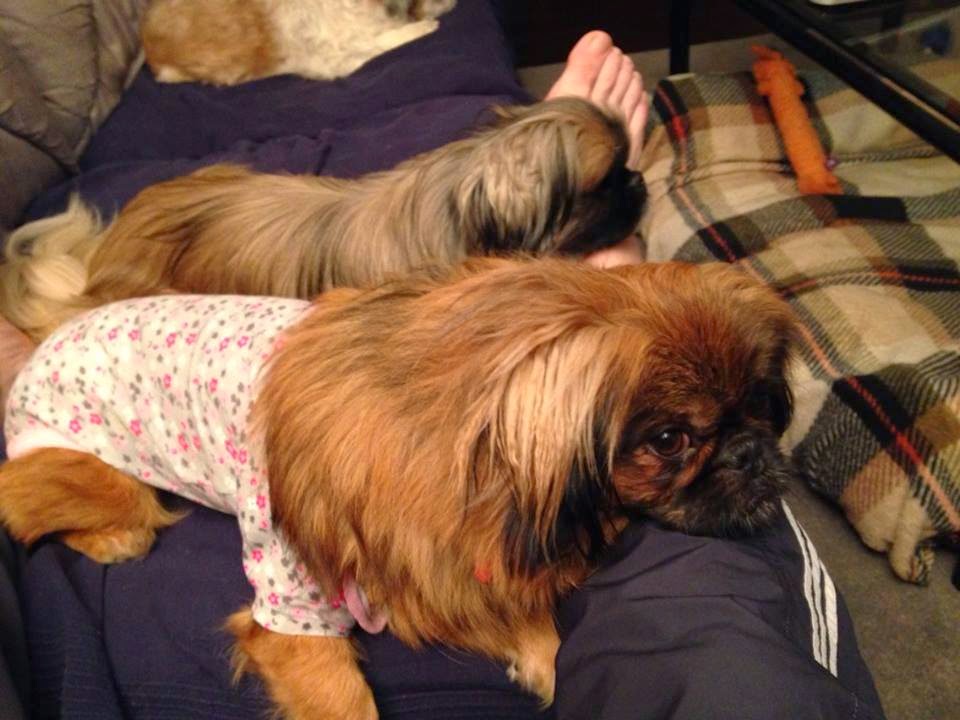 He has to wear diapers in the house and to keep them on, he wears little onesies.   Anyone who has kids knows what onesies are. :-) 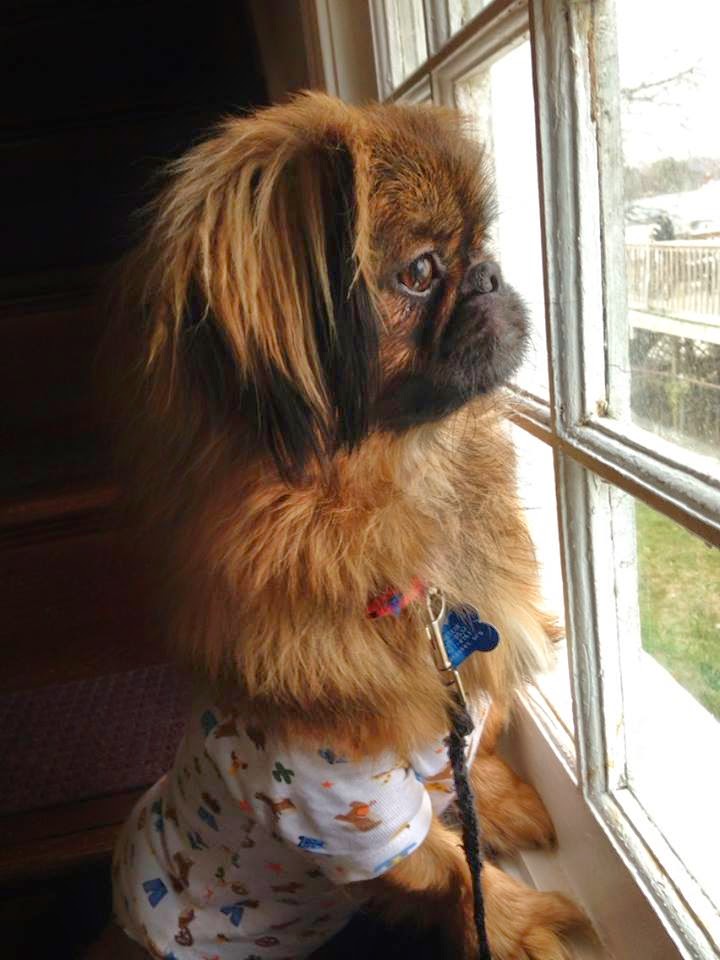 Clark has THE SWEETEST personality ever.   He doesn't know a stranger, he loves every dog, person, child.... He's the perfect Peke, except for that one issue.  But, it's a big issue. 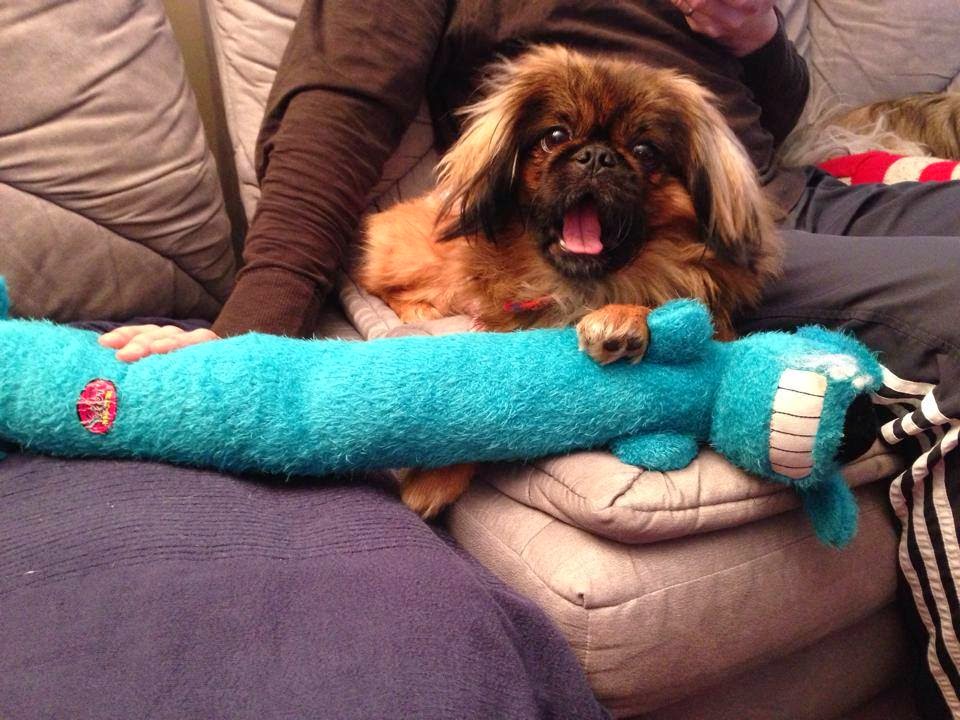 "What do you mean I'm not perfect?"    Clark's family went on vacation, and Monica took care of Clark. 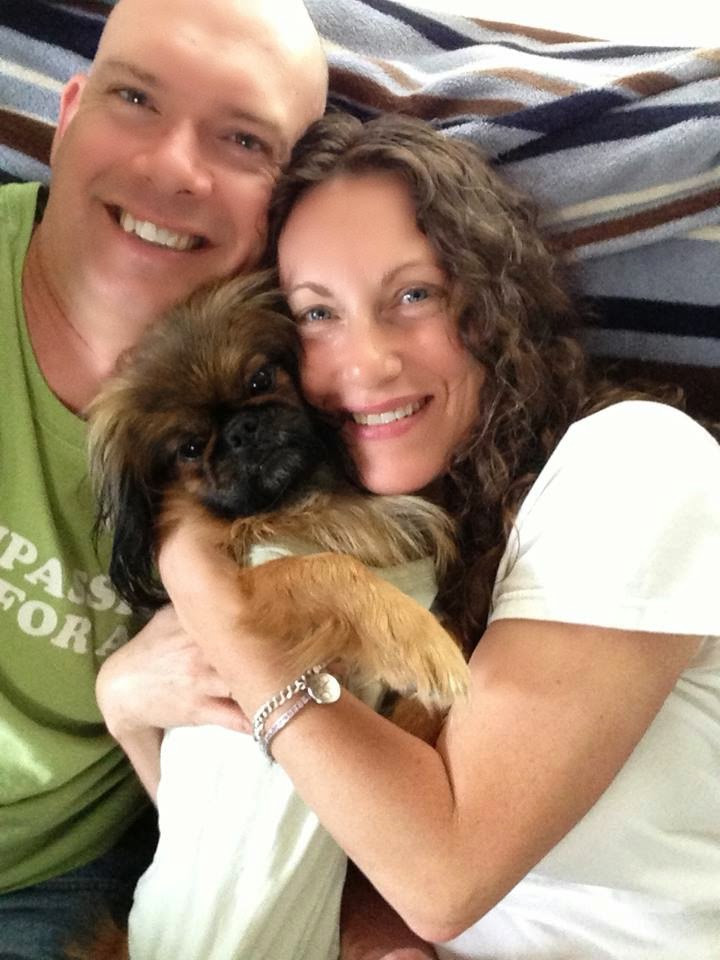 His foster parents missed  him so much, though, that they decided they couldn't let him go.   So, he is now officially part of the family!    His name is Schmoo-- which they have been calling him, and now it's his real name!   I'm beyond excited for this very special Peke boy.    And I love this family for loving this boy so much!    Happy Schmoo!!!
Posted by Linda at 1:00 AM

I think Clark looks quite dapper in his "onesies"