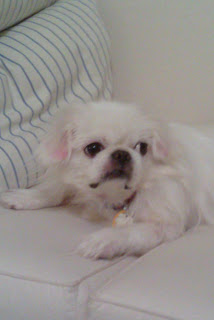 Amelia/Mimi came into rescue in February of 2010.  She was in a shelter in the Richmond area. 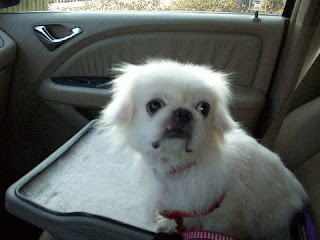 I met Jeanne and Amelia came to my area for fostering.   She was such a sweet girl!! 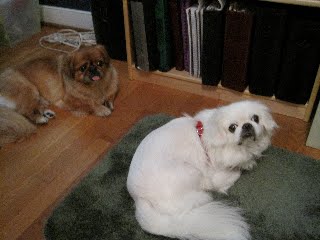 We thought she was about 5-6 years old, but we're never sure when they are strays.   She was soon adopted and went to live with Paddington/Paddy. 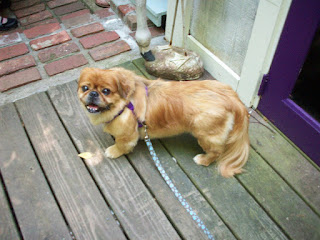 Paddy was adopted from us and he was ready for a friend. 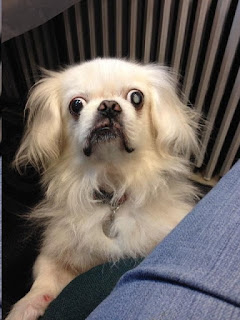 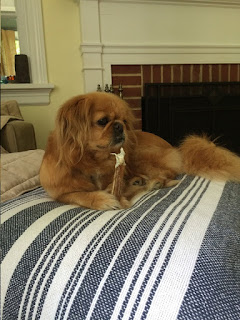 Paddy tried to remain aloof at first, but.... 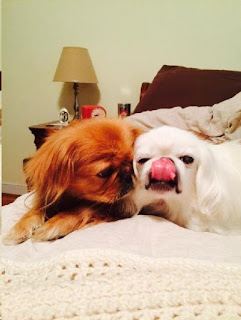 He quickly realized he liked having a buddy! 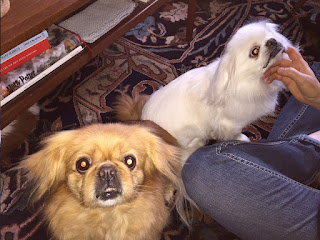 They became friends and were cherished by their mom and dad.   Paddy died in 2012, and Amelia missed him. 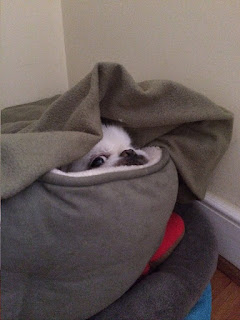 Amelia was on her own for awhile, but not for long.   Was there a new friend in town? 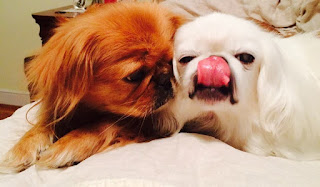 Yes!   Her name was Magnolia. 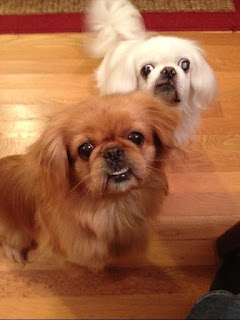 They became friends-- Most Pekes love having a buddy. 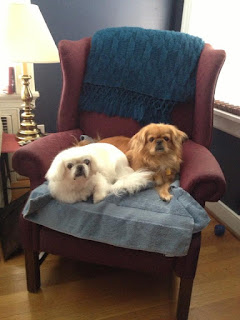 They hung out together. 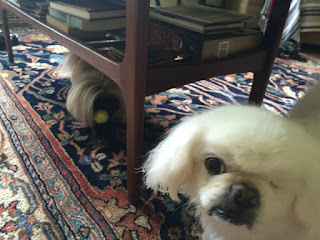 Amelia had eye problems and lost one of her eyes.   Later, she began to lose her hearing, but she could still get around. 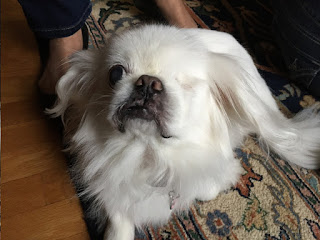 In the past few months, Mimi had more eye issues with her remaining eye and had to have surgery.  She had little if any sight.   This made her very disoriented, but her parents didn't give up.   Mimi saw the ophthalmologist and all was done to save her sight.   In the past few weeks, though, it was obvious other issues were going on.   Mimi was not doing well and the vet thought a neurological episode may have occurred.  Mimi was very confused, had to be on heavy pain meds and this week, she showed she was not doing well and ready to be out of pain.   Even with medication, she was in great distress.   It was time to let her go--so with a very sad heart, her mom and dad said good-bye to this incredibly sweet girl.   All of us who met her, and her foster mom, Beth, are grieving for Mimi's parents-- losing one is so difficult, especially one as sweet as Amelia.   She has now joined her brother, Paddington, and is free, hearing and seeing and playing.   You will be greatly missed, Amelia.  You were loved.
Posted by Linda at 10:11 AM

Oh I am so sad to read this. What a sweet white peke Miss Amelia was.