MY HEART IS PURE GOLD--GABRIEL

MY FACE MAY BE WHITE, BUT MY HEART IS PURE GOLD.   THERE IS NO SHAME IN GROWING OLD. 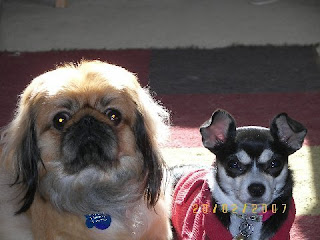 Gabriel is a sweet one.   I remember him coming into rescue in 2007.  He came from a shelter near me and had really bad knees.    He had surgery to correct this and once he recovered, his foster mom realized he was home.   He was a tiny one compared to her others.  She has Great Danes!  I think Gabriel is still in charge. 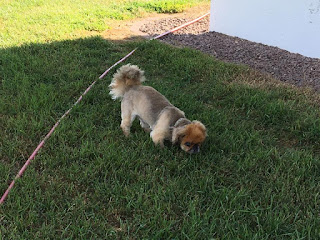 Gabriel lost one of his eyes and has a little sight in the other, but he is still getting around.   He used to live near me but he moved to South Dakota!  Wow, it's cold up there! 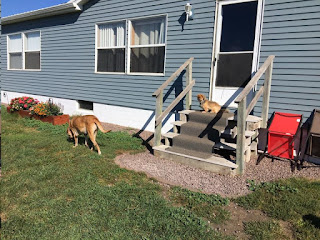 Gabriel watching out for strangers-- it's a big job! 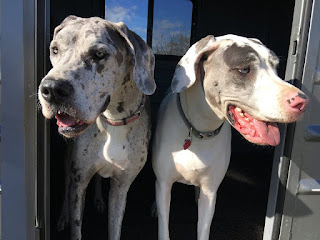 His silly Great Dane sisters are always up to something.  There's also a very sweet Pit that is part of the family-- and chickens and a horse.... 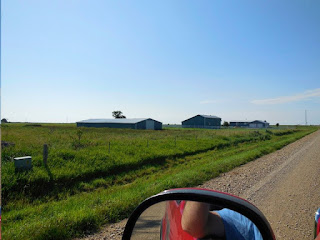 Here is what Gabriel "sees"-- huge expanses of land and fields.   I must admit that it looks pretty peaceful. 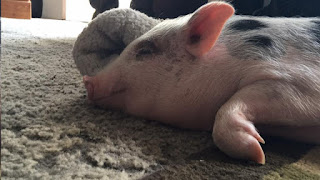 Paisley the pig joined the family-- and his mom said that was it-- no more. 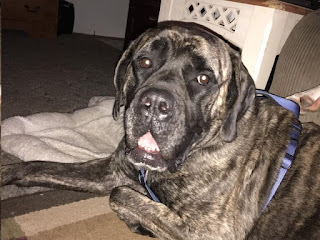 And then..... Chevy, a two year old Brindle English Mastiff was listed in the paper.  If she wasn't bought, the owners were going to give her to someone who would have just used her for breeding.  So, guess what!   She joined the family.   She wasn't in great shape, but she is now! 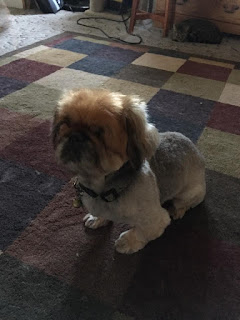 Gabriel is the smallest (even the pig has gotten bigger!).   But, he's the boss.   He may be a senior, but he is still full of love.   I'm so glad so many of our adopters stay in touch with me-- even a decade later!!
"Some call me a senior dog.  That just means I have years of experience in the fine art of friendship."  This is so true of Gabriel!
Posted by Linda at 12:30 AM

Its just so nice that people stay in touch and let you know what is going on .... the Rescue you are involved in Linda puts SO much energy and kindness into everyone of your dogs that I know you all will think of them and wonder how they are going.
Peke Family :)

Love the story of Gabriel. What an angelic name for a lil boss!❤️