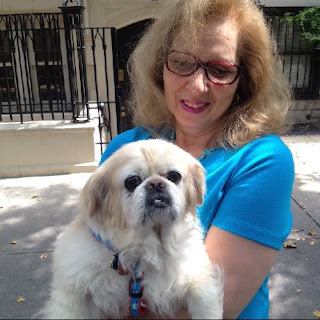 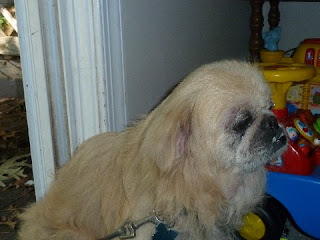 He had come into rescue in September of 2013, and was in really bad shape.  He was so allergic to fleas and was miserable.  His skin needed so much help.   Jeanne spent months loving him, helping him to heal. 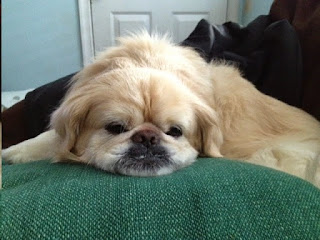 He was adopted and now lives in New York City!!   He is a city boy for sure. 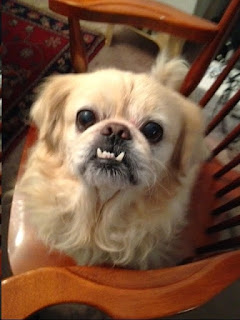 We think he was 6-7 when we got him, but since he had been through several homes, we don't know.   No matter how old he is, he became "younger" once he began to heal.  He was always sweet-- super sweet!-- but a youthful spirit came out as he began to feel better and not itch. 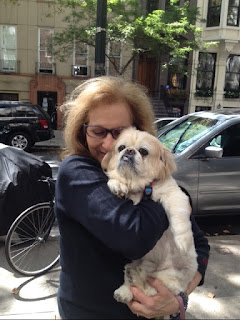 He mom loves him so much and he has so many friends there.   Happy Third-aversary, Gus!!!
Posted by Linda at 12:30 AM