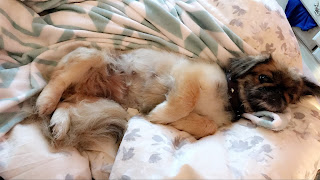 I've used a few of these pictures before, but had to share the good news anyway! 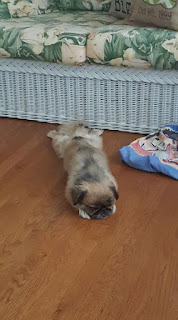 Peaches came into rescue as a "13 year old" and after some research, we found she was just 7.  That's a big difference. 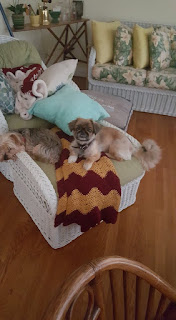 She was spayed, which was a good thing since pyometra had begun.  That is so dangerous and she would have died without a spay.  Now she is back to her spunky self and doing great.  She has been working to determine her spot in the pecking order at her foster home-- which is a good thing since..... 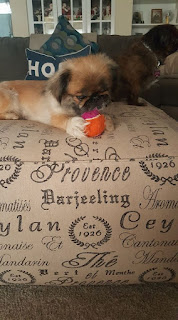 She isn't leaving!!   I'm so excited for her.  Her foster mom debated keeping her and after a few weeks, she said Peaches is her little shadow.   And Peaches has a new name--Phoebe!   Welcome home!!
Posted by Linda at 12:30 AM

I am so glad Ms Peaches has been adopted....happy girl !

Lovely Wednesday morning story. I love the name Peaches and Phoebe both. She is the cutest little thing.