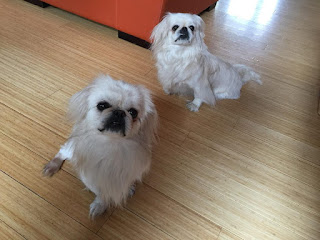 Dumfries-- now Yoshi-- came into rescue with his sister, Tinkerbelle aka Tali Shih.  They were not bonded, and we let them be adopted in separate homes.   They are both doing great. 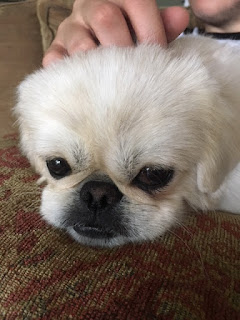 Yoshi loves his new family, but.... 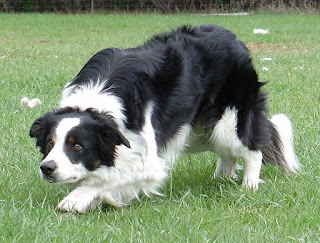 He thinks he's a Border Collie.  Why do I say that? 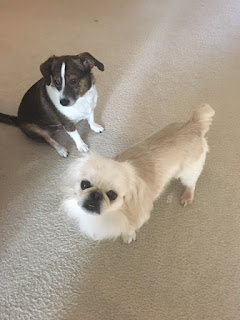 He likes to herd his new siblings!   He's a bossy little thing and he wants to round them up to do what he wants. 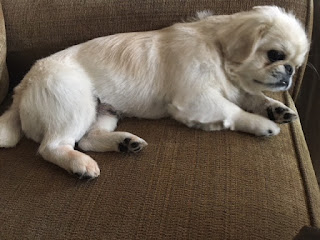 It's a lot of work, so he has to take a nap to regroup.  A Peke being a Border Collie-- now there's a new one.  (I have seen the video of the puppy Peke trying to round up sheep-- I guess it must be in the genes!)
Posted by Linda at 12:30 AM

I have seen that video too Linda and its from Australia with cattle dogs.
My brother in law breeds cattle dogs that are worth $$$ because they are so well breed and trained.A good cattle dog is worth its weight in gold for a sheep farmer!
So .... why not a Peke?? LOL

Love the cute story and yes, I've seen that video more than a few times as that little Peke goes about the business of being a Border Collie.

And how funny of Yoshi, herding Pekingese instead of sheep or cattle.

Linda, you do a tremendous job with your rescue work and this blog is such a blessing to me this morning with my Bandit in the midst of IVDD.