MORE HALLOWEEN--AND THEN THE HOLIDAYS! 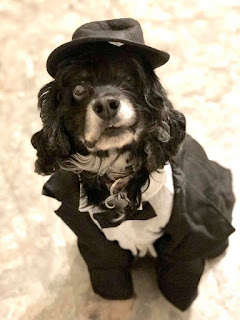 There were so many cute pictures of dogs dressed up that I had to do one more blog.  Ted was in his suit... 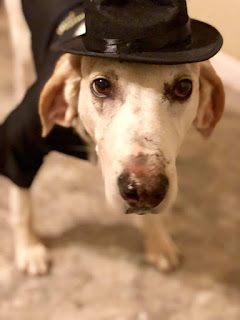 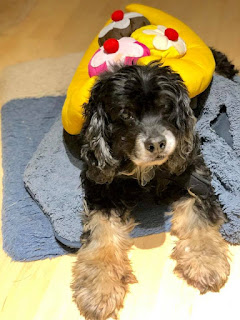 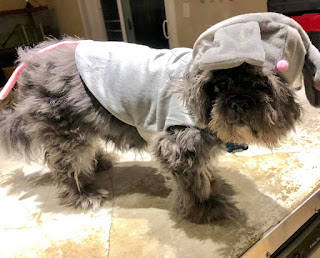 Sebastian was a mouse-- and being a very good sport.  Tiffany spent a lot of time dressing up her Pekes.  She has Safe Harbor Animal Sanctuary in Suffolk, VA and takes in those that others don't want.  (You can like her on facebook.) 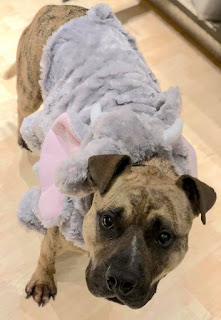 Oh Violet, are you the elephant in the room. 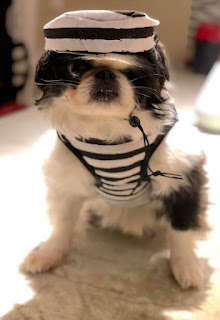 Boo was the prison inmate. 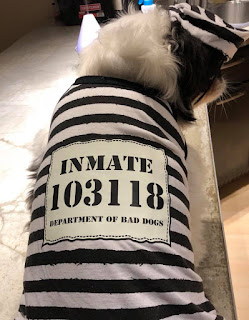 I think he's trying to escape the outfit!  LOL 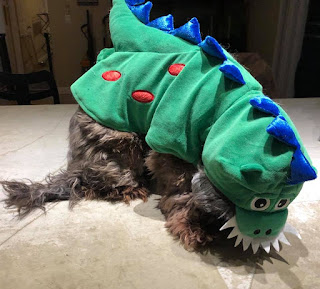 Jasper was a scary dinosaur.  Terrifying! 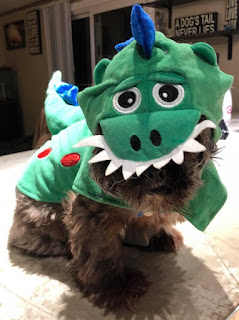 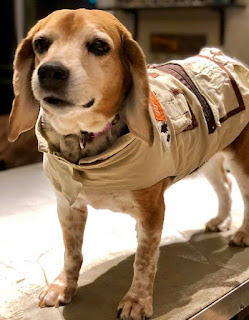 Ratan was rescued from a local shelter.  He was older and no one wanted him, but Tiffany did. 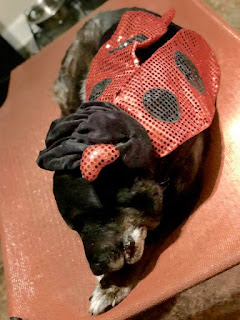 Kimball was being a sweet ladybug. 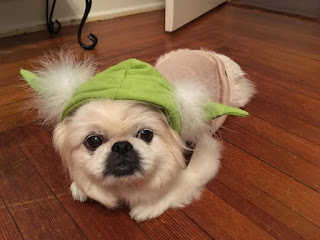 Of course, I had to put in more Pekes!   Russell was adopted from us. 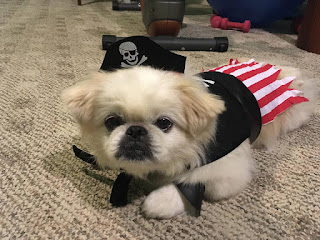 He is a scary pirate! 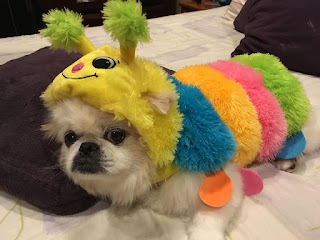 He is so good-- now he's a caterpillar. 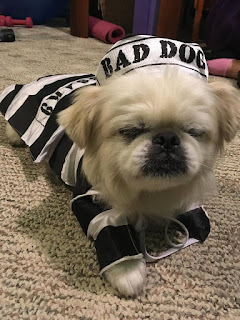 This one says he's a bad dog, but honestly... 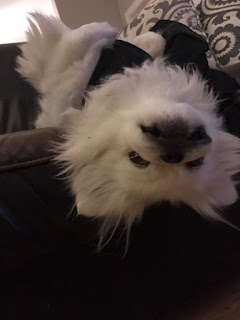 We call Granger, my granddog, the best bad dog ever-- he can get into all kinds of things and trouble.  But, he's so cute, we can't get mad at him!   Here, he is playing a "broken dog."   HAHA  Can we fix him?! 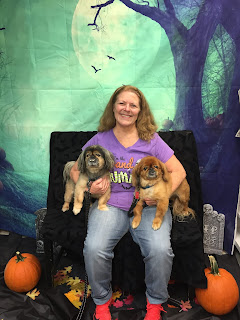 Nippy and Monk and their mom posed, too.  We hope everyone had a wonderful Halloween!
Now on to the next holidays, Thanksgiving and Christmas.  Yes, it's early, but we will begin our Joyful blogs soon in honor of Joyful Grace and Starlight.  They aren't with us in person, but always in spirit.    💜⭐
Posted by Linda at 8:14 AM

Every dog was just fabulous.... and how do you get them into the costumes I wonder!! LOL

Yep, the year is nearly over and I better think about getting Yum Yum in a "Christmas photo" soon but costumes or hats he does not like and flicks them off Pronto!!!
I thought my "girls" Coco and Moi Moi were bad at photo's but this boy .... so naughty! LOL