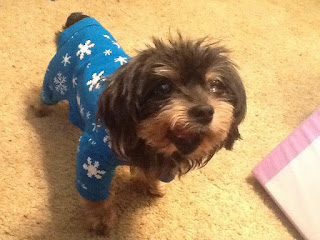 Winston was one of Michelle's seniors-- she now has Blossom (aka Poof).  And she had Oreo.  Michelle loves the older ones that others may not want. 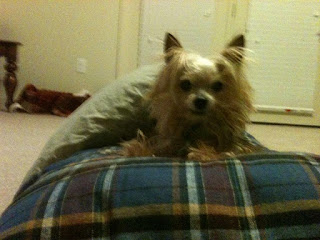 She also had Toby.   Precious. 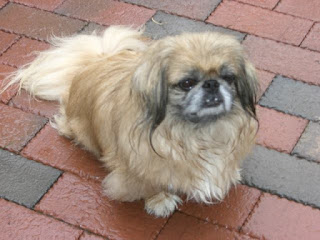 Tess belongs to my friends Kay and Claretta. 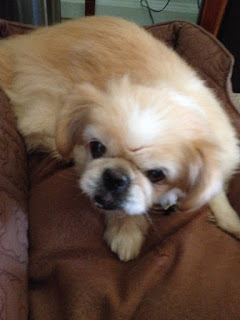 They had Pumpkin, too-- a senior that just needed a place to live our her life.  And what a life she lived with them. 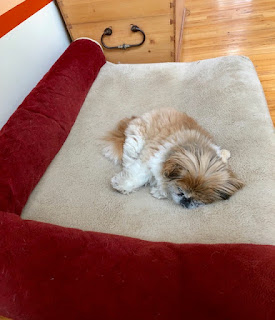 Sparky aka Shelby, picked the biggest dog bed she could find.  She was Jeanne's dog who went to live with Charee and Rich.  (Sassy, Didi and Lucy all have a new home together.  Jeanne's husband Bill loves the three there -- Carter, Jill Lee and Hannah and they bring him so much joy!) 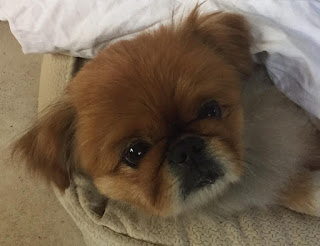 Harrison was adopted-- his mom Kimberly and Jamie wanted a harder one and they gave Harrison so much security that he needed. 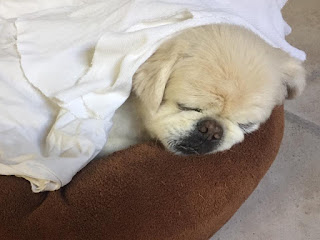 Later, they asked if they could help a "tough case" and so they fostered Andy who became Mr. Rooney.   (He's deaf, so he doesn't care what they call him. 💙)   Andy had doggy PTSD and has done so well with them-- yes, they adopted him!! 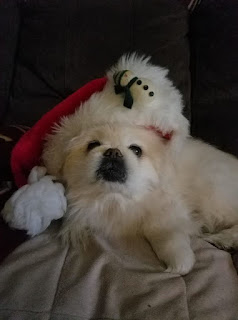 Jake was a senior we were asked to help.  His mom and dad stepped up to adopt him and he was a beautiful, happy Peke until it was time to go to the Bridge.  He was a big Momma's boy. 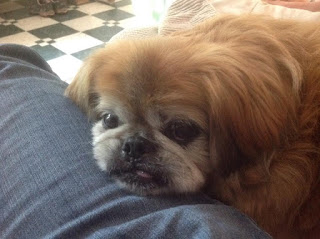 Ollie was adopted by Jane, who has become a friend.  She has adopted quite a few from us, giving special ones a place to live our their lives.  What a wonderful home. 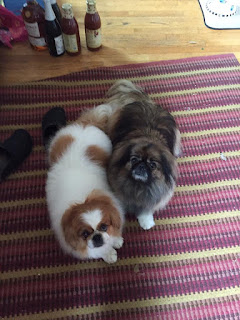 Penny and Jay Jay were both adopted from us.  Penny was one of the Bristol 18 group and Jay was a tough little one that Phyllis fostered.  He mellowed out some with her care.  They are both 11 now. 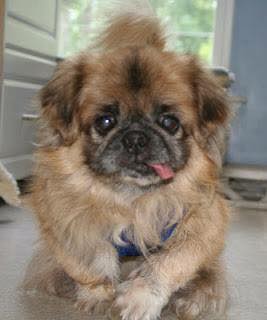 Pudge was older when he was adopted-- 11 or 12.  Sometimes in rescue, we have to guess their age because we just don't know. 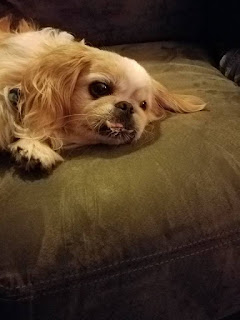 Puccini was 8-9 when he was adopted.  He lives near me, and wants a buddy.  I think we have one for him!

Princess Kent-- working on her bucket list still.  She was at the beach and LOVED it!  Well, except for the days it rained when she couldn't go out. 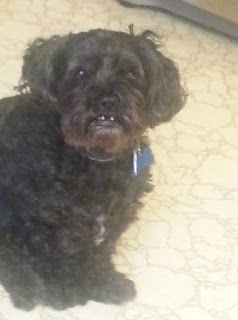 Mr. Tazzman was almost 15 when he was adopted and was just short of 19 when he died-- he had incredible care! WOW. 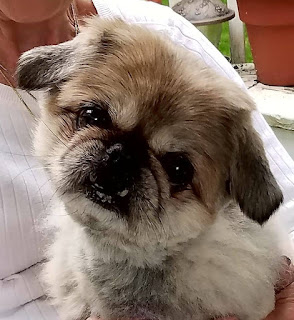 Tammy has had a lot of seniors-- here is Lilly, adopted at 9 and now almost 11. 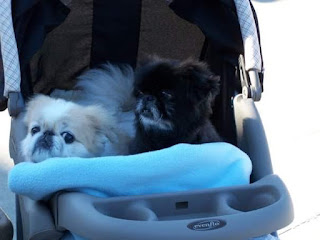 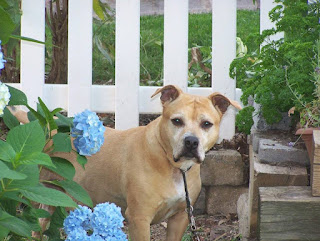 Tammy's Vienna was adopted at 8 and passed away when she was 17. 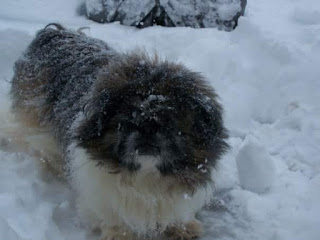 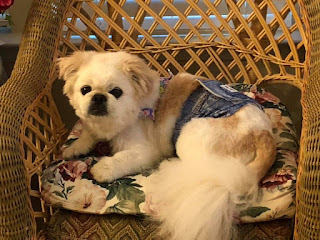 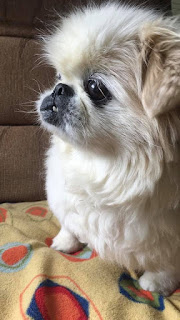 Sweet Russell lives near me, too and he has so many adventures!   He is about 11 now I think.
SENIORS RULE!
Posted by Linda at 12:30 AM

Although many seniors have health issues .... they honestly are the easiest to take care of. When I compare my puppy Yum Yum to Coco and Moi Moi who were older when we adopted them, OMG my girls were so easy .... puppies are something else! LOL