Oliver and His Sisters 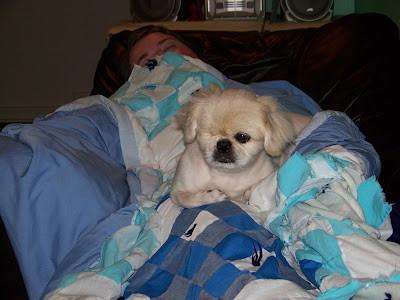 Oliver is definitely one loved Peke. He moved to his new home early this year. He is absolutely cherished there. In this picture, he is watching over his human sister who had surgery and was sound asleep. Oliver tried his best to get up with her, and wasn't able to, so his mom put him close and he was happy. It's an important job to watch over those who don't feel well. 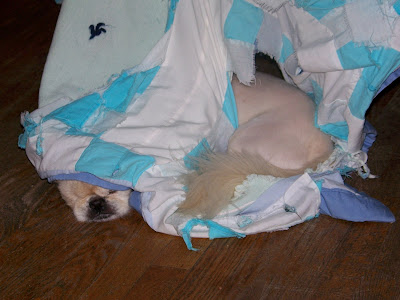 Oliver is just a little spoiled-- but aren't they all! 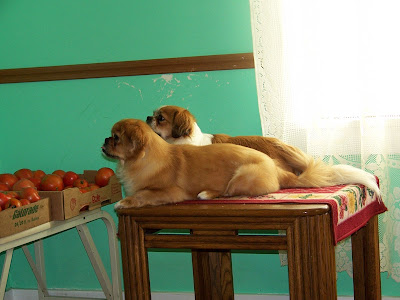 His two sisters were up on the table guarding the tomatoes from the farmer's market. While there, someone heard the Pekes barking and came up to the van to see the Pekes and their owner. The lady said she knew that Peke bark any where. She had lost her Peke and said Oliver and his sisters made her day. 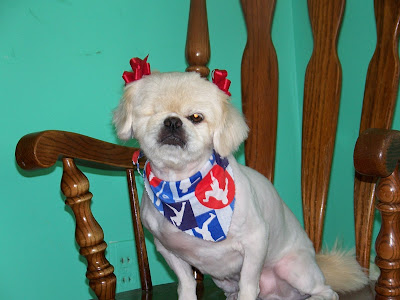 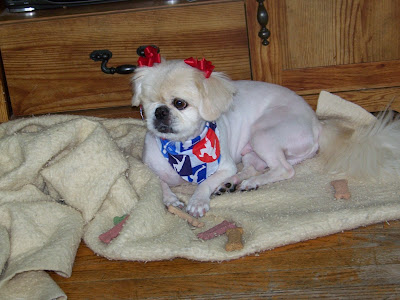 And he is surrounded by nice blankets and doggy bones! What more could he want-- oh, yes, LOVE. He has tons of that, too.
Posted by Linda at 6:00 AM

I enjoyed these pictures. Oliver is such a cutie and his sisters are beautiful. Yes, a blankie in every room is simply a MUST just in case it's naptime (which is most of the time around here).

Moi Moi feels "out of it" she has a ratty Brother!

Oliver is so pretty and he is being very helpful - nursing and tomatoe watching - busy.