This is Sushi. She is a Japanese Chin who was picked up by the animal control officer in my area. I was told there was a Peke there, so I went over and they took me to the back to see her. 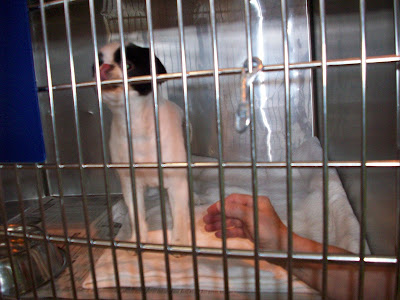 I realized right away, it was a Japanese Chin. I took her pictures-- I just happened to have my camera. 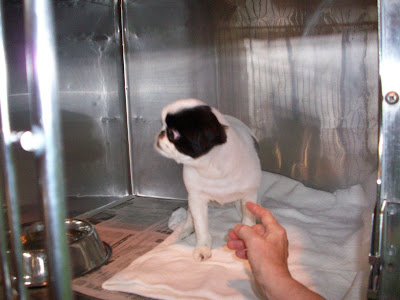 I knew I could find a rescue group for her-- she was very young and adorable. But, not a Peke. 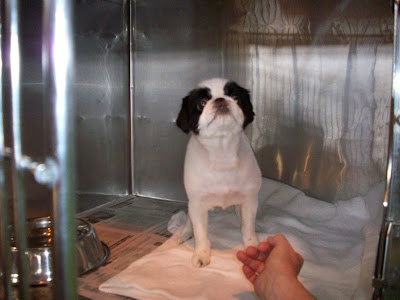 Jeanne, our foster mom in Richmond got her picture from me. She decided to look on Craigslist and found Sushi's picture! Her owners lived in the next city over and Sushi had slipped out of her collar and run off. We were able to tell them where she was, so that they could go get her. WHAT A REUNION that was!
If Sushi had had a mcirochip, the shelter could have notified her owners the day she was picked up. They never thought she could get away. If you pet is not microchipped, please have it done. It can mean all the difference if somehow your pet gets out. AND if they have been microchipped, have your vet check it every year-- this chips sometimes work their way out and have to be redone. It's happened on at least 3 of our foster/adopted dogs.
Sushi is now home-- and her owners said they were going to get her chipped. She'll be safe now.
Posted by Linda at 6:00 AM

I am so glad Sushi has been given back to her family. chins are very rare.
I saw on our TV about a family that got a call from the Royal Society of Prevention of Cruelity to Animals - RSPCA that a dog has come in with their name on the microchip. It turned out that the dog was stolen 2 1/2 years ago by a crimminal who was in jail in the next state! The RSPCA was called because there was 2 dead dogs in this yard and one very ill one and it looked abandoned. This was their dog!
Chipping is a great idea!!!! He went back home too! My two babies are chipped!