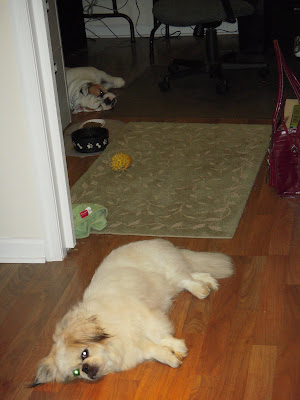 Cosmo is one lucky boy-- his owner adopted him for her local shelter last April. 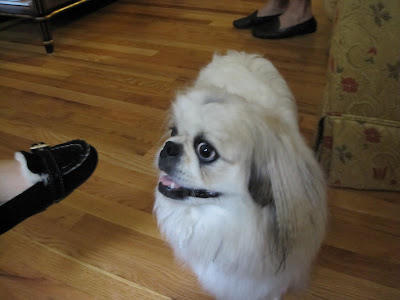 His markings are beautiful-- as if he had make up on! 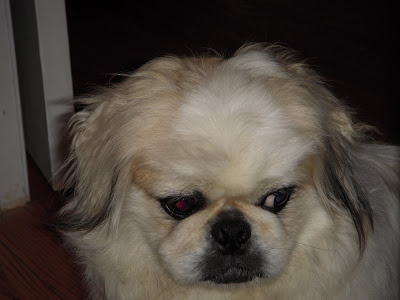 She had English Springer Spaniels before, but she couldn't resist this sweet Pekingese face. 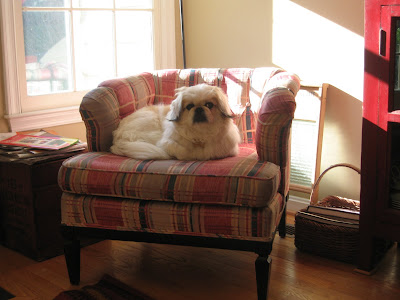 Phyllis, his owner had springers, mutts, cats, and ferrets and never thought she would own a small dog. She said, "this little boy is so goofy and charming, I just absolutely love him." 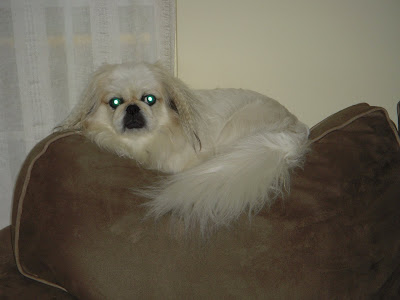 Cosmo can be a picky eater, but Phyllis is working on it. I told her most Pekes have a mind of their own and just have to figure out who is the boss. The Pekes WANT to be the boss. Sometimes, it's hard to convince them that they can't be. Some use tactics to gain control, like sitting pretty, climbing on the back of the couch, sitting on a chair. We're all seen it-- and we have all fallen for it. It's hard to be touch with these little flat-faced dogs! 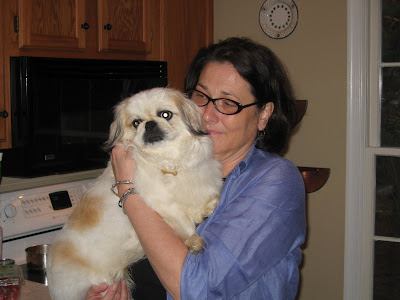 This definitely looks like a happy home for Cosmo. Thank you for rescuing him!
Linda haveninhim@aol.com www.potomacpekes.org
Posted by Linda at 6:00 AM

I think someone is using Peke eyeliner!!!