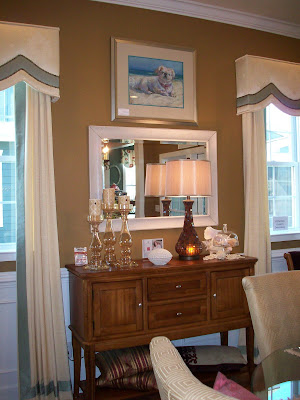 I went to a Homearama-- you know, where new homes are all set up with beautiful furnishings and decorating ideas. I was in a dining room and saw a picture high on the wall. Wait! Is that a Pekingese? Let's get a closer look. 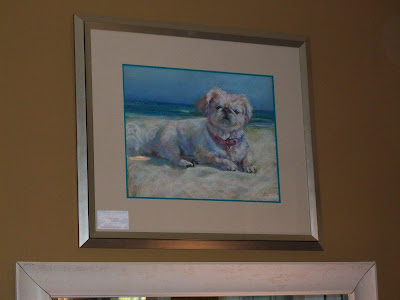 Looks like one to me! I was thrilled-- a Peke at a Homearama! This one has two eyes. But, many Pekes come into rescue with just one eye. 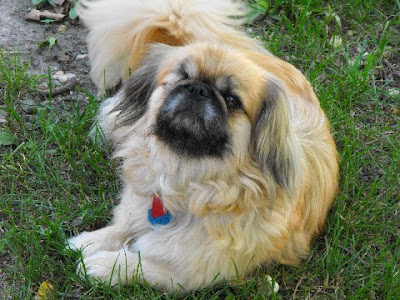 I had to add this picture of DiDi-- my friend Jeanne's QUEEN. She let me know I forgot to put DiDi in this blog-- my humble apologies. What was I thinking??? :-) 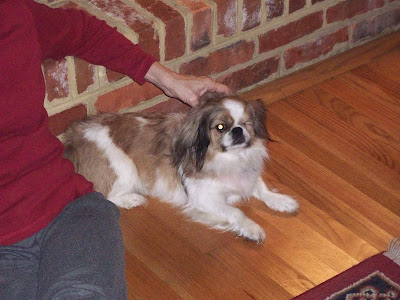 Bianca/BB came into rescue with one good eye and one bad eye. The bad eye had to be removed-- now she is a member of the "swash buckler club." She has lots of fellow members of this club. 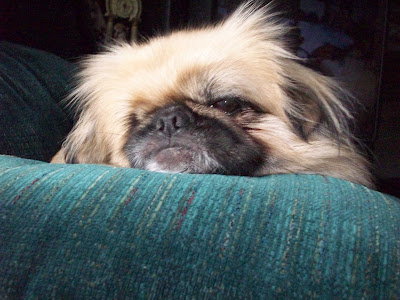 Benny is one of them-- but he came into rescue that way. 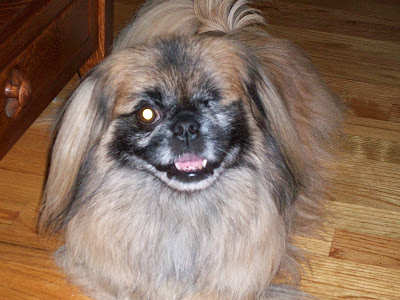 Max also came into rescue with one eye. He's now MY boy! And I love him!! 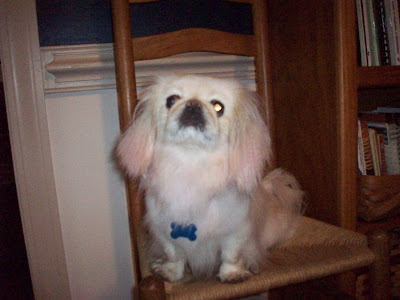 Many come in with two eyes-- Missy is one of them, but next week, she'll be a member of the "swash buckler club." Unfortunately, one of her eyes is damaged, she is blind in that eye and it bothers her a lot. So, we'll take care of her. And baby her a lot while she recovers from surgery. 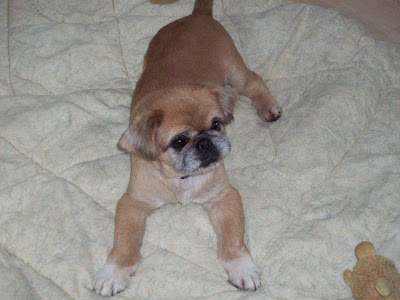 This is Charlie-- he has two eyes. He is going to see the ophthalmologist next week. He has some sight problems, but I hope we can save his eyes with special drops. We do all we can to save their sight. 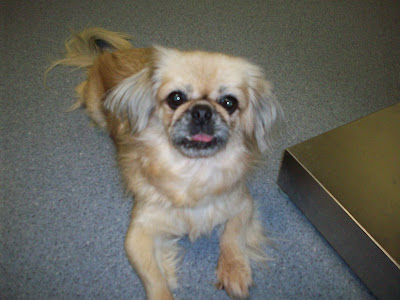 This is Coco-- nothing is wrong with HER eyes! She's a sweetheart, loves her foster parents and loves her doggy friends. I'm having a very hard time keeping track of where they all came from! 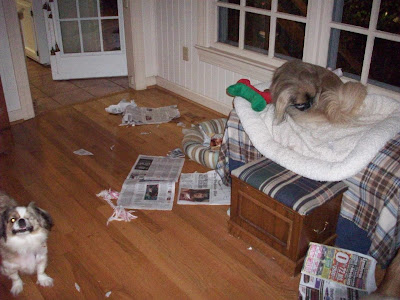 Here are two other eyes-- on two dogs! BB is on the floor and Max is on the ottoman. BB has been reading the paper-- she's such an intellectual dog! 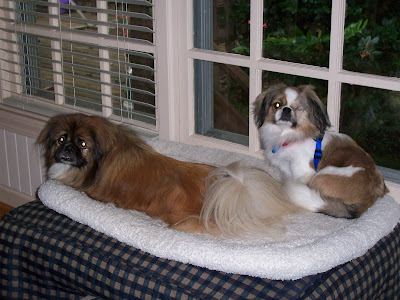 Now here are THREE eyes! Scooterbug who is mine is on the ottoman with BB. Two plus one equals three! 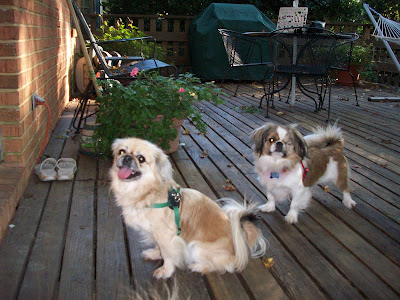 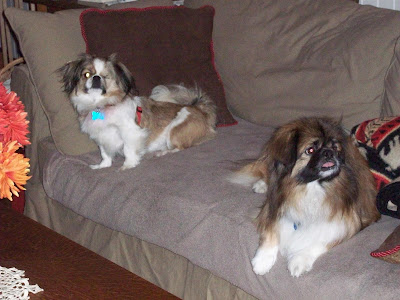 Here's BB and Scooter again-- three eyes on the couch. They are often together. They are good friends! 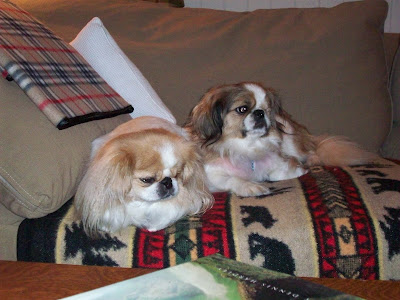 Starlight and BB-- two eyes plus one eye... They are not good friends. Starlight just wants BB to leave her alone. :-) 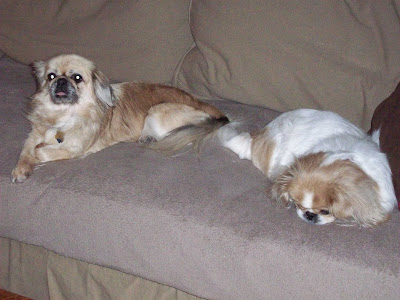 And then there are four eyes! Coco has two eyes, and Starlight has two eyes. Two plus two equals four! We are good, aren't we! 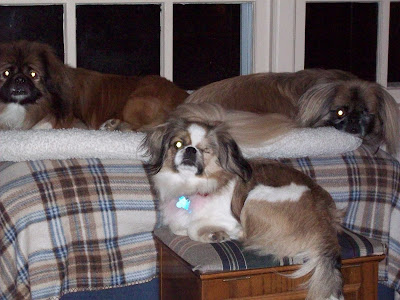 Here are four eyes-- on three dogs. Scooter has two, Max has one, BB has one. Two plus one plus one equals four. We're getting into higher math!

OMG Linda --- all that math ! My eyes are spinning!! LOL
We have 4 eyes here plus my spinning eyes.
Moi Moi is not well. Looks like the Vet the breeder used to de-sex her was not good! Huh!
Very high temps, infections and discharge . On antibiotics and has to have some investigation work internally. Poor Moi plus , if that was not enough - someone ran into the back of my car today! its a mess.
I am fine but my dear car isn't!
I just hope it wasn't a one eyed peke at the wheel!!!
But wait - there is more - my grandson has a green stick fracture of the wrist and its in plaser up to the top of his left arm - happened yesterday. Carlos is not happy and its hot as anything here at the moment.Fell down some stairs .no , he was not pushed by a couple of 3 eyed pekes, hot sticky hands and he just slipped out of my daughters hands in this heat! He is only 19mths.
Its all "happening" here ! LOL

* Yep, that is a peke on that wall. Now , that interior designer has TASTE! LOL

I have 8 Peke eyes following me from morn until night! Poor Anniebelle's 2 eyes don't see so well anymore. I have to carry her off the deck so she doesn't miss a step and fall!!!

Your Peke's are so beautiful!
Tracey