PAINTBALL WARNING: Paintballs are very toxic to dogs and would be toxic to any small mammal who eats them. They could also be toxic to birds. Paintballs are filled with a hyperosmotic material that draws large amounts of water into the GI tract causing the paintballs to swell and possibly act like an obstruction, or the subsequent loss of water and high sodium levels in the blood can cause neuro symptoms and death (this what they do to dogs). Belinda Burwell DVM
+++++++++++++++++++++++++++++++++++++++++++++++++++
My dogs received a gift from Kim, one of our foster moms. Her friend is setting up a Doggie Treats company. This is one of her packages. I'm sure mine will love them! If you want to check out her web site, go to www.sweetpawstreatscom 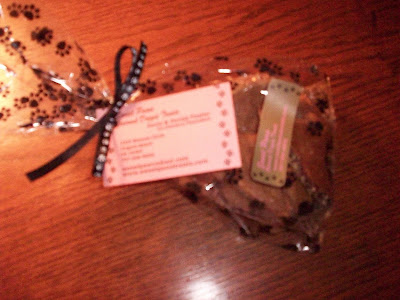 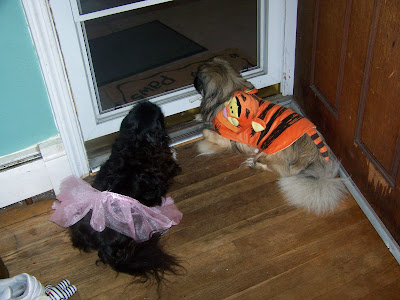 Princess Anniebelle in her pink tutu and Tiger Shadow greeted the trick-or-treaters at the door! 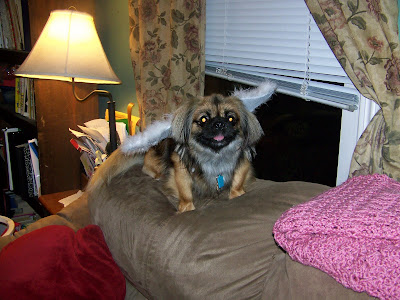 Pollyanna was an angel. She watched the trick-or-treaters from the safety of the back of the sofa!!! 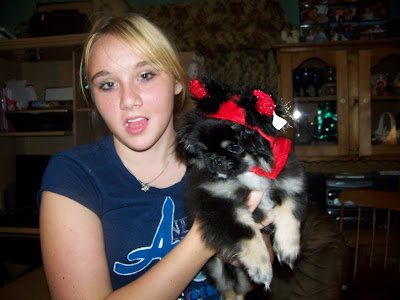 Macy, the puppy, was a devil... she is with her human sister Amanda. 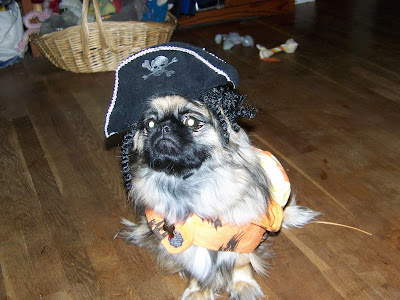 Shadow did several costume changes... he was also a pirate! 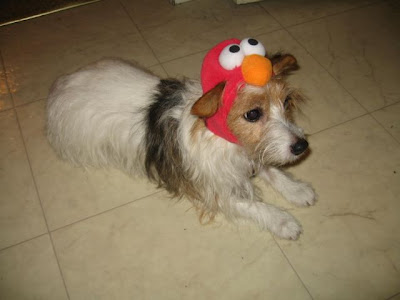 Susan from Virginia Beach sent me pictures of her dogs. No Pekes here-- but cute none-the-less! 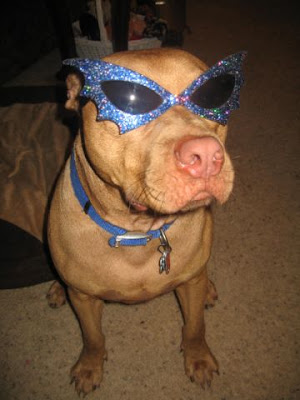 This is one who adopted them! He's is all set to try to be a tough guy-- but he's not. He's a sweet boy. 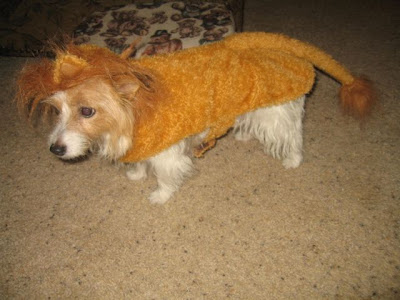 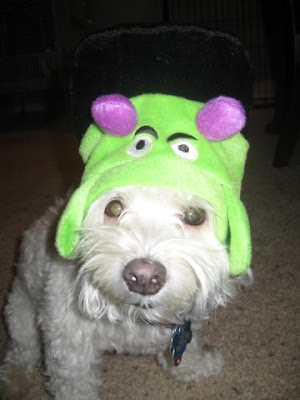 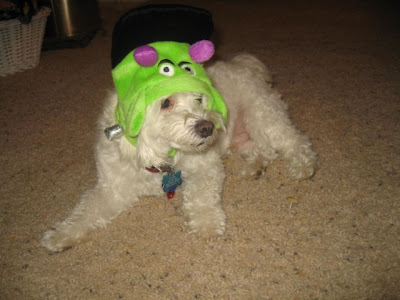 Too cute to be scary! 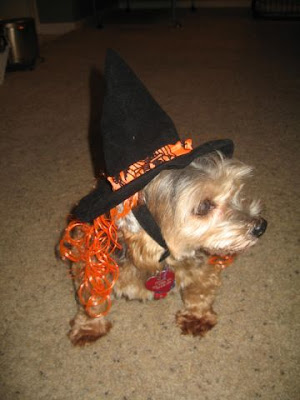 Love this hat! My Pekes would not put up with being dressed up-- I can just imagine Cranberry or Starlight with this hat on. It would last one second! 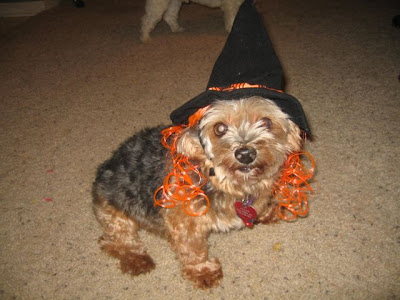 Yes, we see you-- and you ARE cute!
Amee's pups in Richmond are all ready for Halloween! 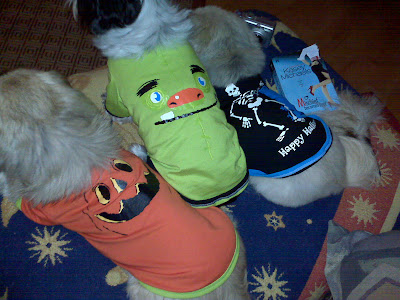 Here are their beautiful faces. :-) 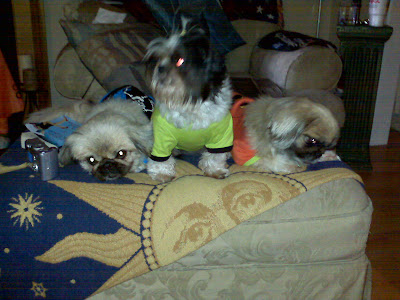 Here is Yo-Yo, in Maryland, as Sheriff Woody from Toy Story... 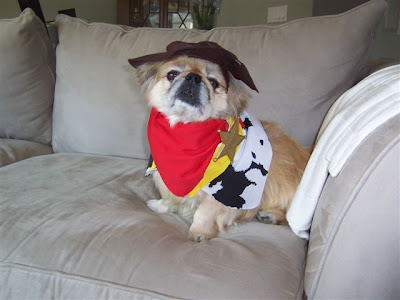 His Peke brother Bear-Bear would not have any part of being dressed up! 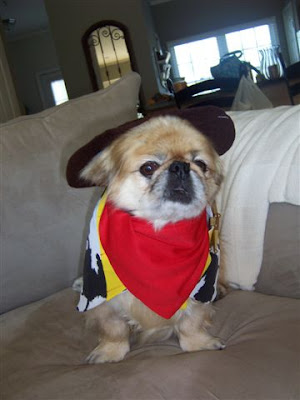 Hope all the dogs had a safe and happy Halloween!
Posted by Linda at 6:00 AM

Kenzo and Moi Moi think they all looked real scarey but....... where are the TREATS????? LOL

awwww so cute!! Love seeing all the doggies playing dress up!

Those Halloween costumes made me laugh ~ how cute! My 3 poms wear an orange and black jester collar with bells on the tips every Halloween. Sisqo kept trying to slowly sneak out the door to follow the little trick-or-treaters.
I'll definitely check out your friend's treat website.

Too darn cute. My boyz will not let me put costumes on them.... too much Pekey pride in my house.