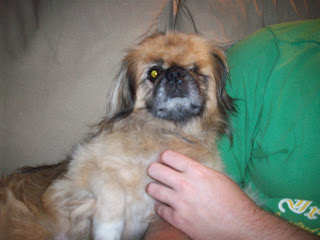 Odin is one of my foster dogs. He came from a shelter in Roanoke, VA. (Thanks Roger and Lucinda!!) He is such a sweet dog! 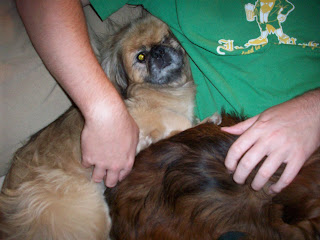 He loves to curl up beside you. 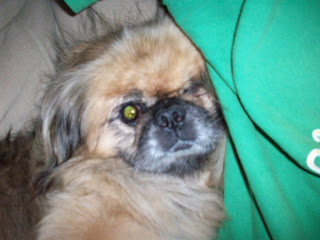 The closer the better. If he can figure out how to get on his back (like a baby) in your arms, that is even better!! 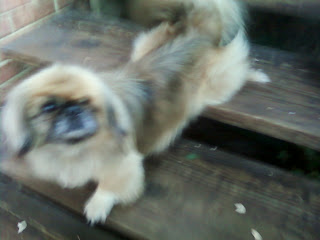 He's not much of a yard dog. I don't know if he didn't have a yard before, or if he was just walked. He's not quite sure what to do in the back yard. We go out there many times a day and I thought he would just go out with the gang, but he's a little tentative. He sometimes just hangs out on the steps-- literally. He was half on one step and half on the other. So funny. (This was a cell phone picture, so it's not great.) 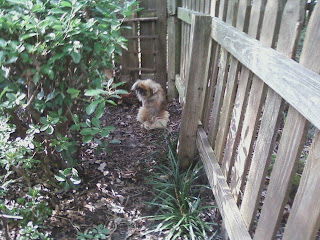 But, yesterday, he went flying out to the fence. He had gone out the day before with the gang when he heard my sister's dog at the fence. Yep, my sister lives right next door-- aren't I lucky!! 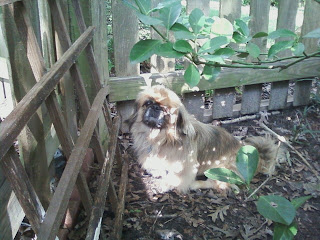 Odin went out to look for Chloe, his fence buddy. And he sat there! So, of course, I got my camera and went out, too. 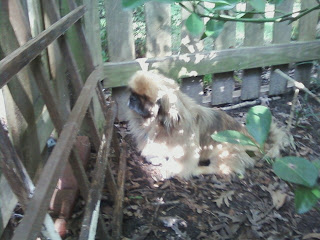 He waited and waited, but she didn't come out. Don't worry, Odin. I'm sure she'll be there tomorrow.
Posted by Linda at 1:00 AM

There is nothing worse than a "sticky neighbour"!!! LOL