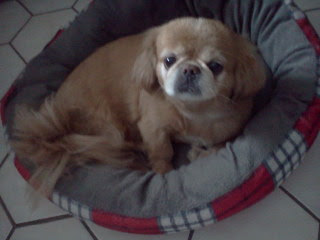 This is Rakki. Autumn rescued him after he was attacked by a large dog. Understandably, Rakki had a few trust issues after this, but he settled in and realized he was safe now. 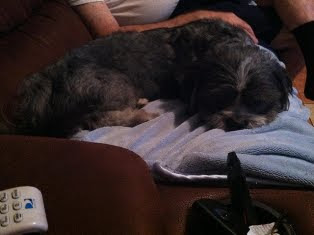 Rakki has a new friend named Benji. He went through a round of names until the perfect name was decided on. First, he was BeBe, then Beethoven (I know Robin would love that name!). Then, he became Benji and it stuck. 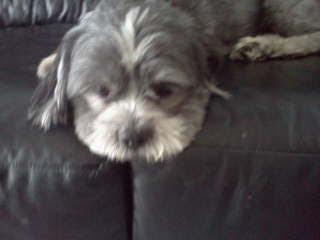 Benji was a little wild when he came to his new home-- there was so much to explore! He had to check it all out. But, he settled in and became friends with Rakki. They can sometimes we found sleeping together. 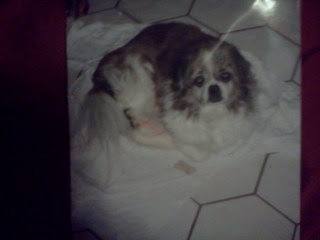 This was Tracy, one of their first dogs. She began a life of loving these little creatures that can give us so much love. 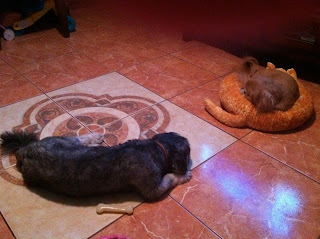 Benji and Rakki are vegging here-- but it's probably because they have been running around together. They need a nap! 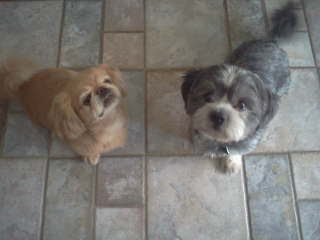 They posed for a picture for us. Rakki is looking UP to Benji. Benji is an oversized Llasa, but he doesn't know it. He just knows he has a friend and a loving home now. YIPPEE for Benji!!
Posted by Linda at 1:00 AM

That is so sweet. Thanks, Linda. Don't be surprised if in a few weeks there is another new one--they have their eye on a peke in the shelter!

It better not be a big fat ginger tomcat because I think I saw Rakki flat out asleep on one!!!!! LOL