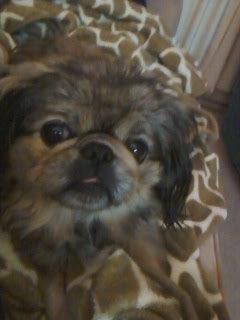 One of our supporters sent me pictures of her Pekes. Here is Benton. He is 7 years old. Benton as a puppy was adorable and he grew into a beautiful boy. He is his mama's first love. :-) He's also the first Pekingese she ever had. 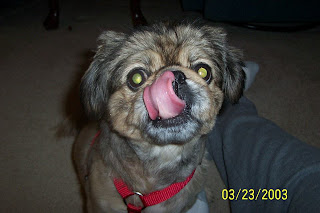 Benton has a long tongue-- it could be as long as my Scooterbug's tongue! 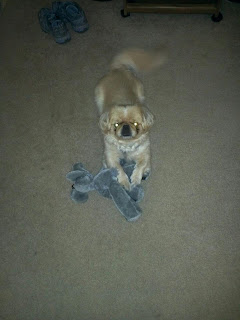 Preston got a new toy for his birthday-- he just turned 3. Preston was a puppy mill rescue. He has issues, but his mom and dad know how to work with him. 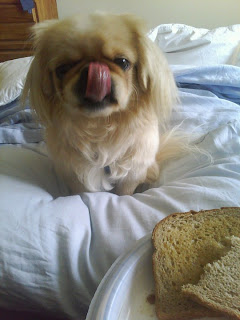 He must have had breakfast in bed on his birthday-- I see his toast there and he's licking his lips. Was it good? 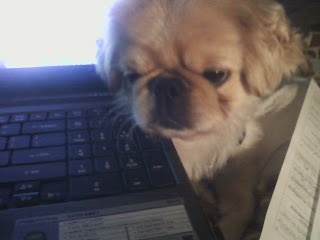 I think he must have sent out thank you emails after his birthday for the gifts he received. He received a lot of gifts, right? 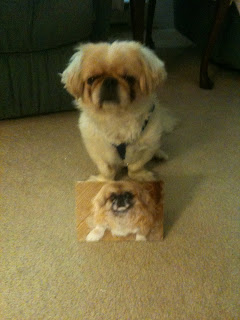 Was this Pekingese pillow one of those gifts? 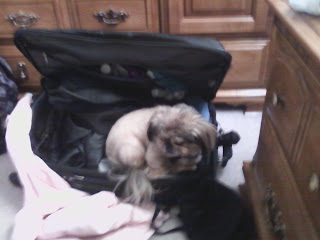 Are you going on a trip? I want to go on one, too! 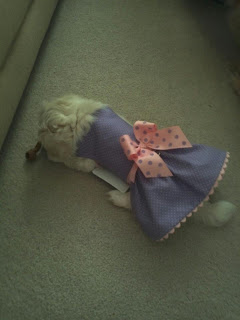 Baby Tawny is the youngest. Her mom was rescued and then they found out she was pregnant. Tawny is one of those puppies. She is almost four months old now. 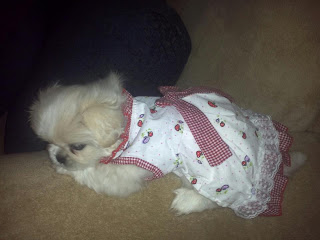 She sure is cute. Is she going to be another Diva Peke modeling clothes for us? I think it just might happen!
Posted by Linda at 1:00 AM

What a beautiful family of Pekes!

What a beautiful family! The baby certainly has what it takes to be a diva:)

These Pekes are adorable and so very much loved. I wish all dogs would have a great home than these lucky guys. They are so precious ... bless them!