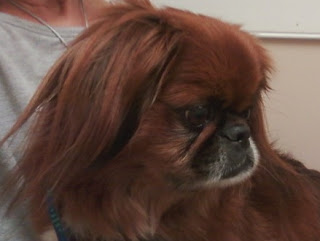 This is my Kai Kai-- he was a foster dog and no one adopted him.    Never could figure it out. 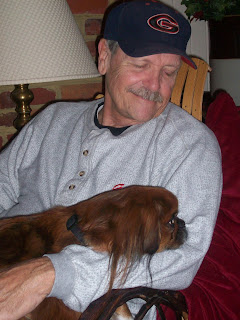 He loves to be held and be near you.  Here he is with my daughter's father in law.   He would have taken Kai home if he could. 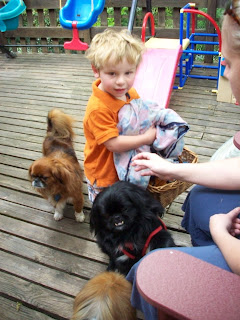 Kai Kai is around my grandkids and other dogs-- mine and fosters-- and he does great. 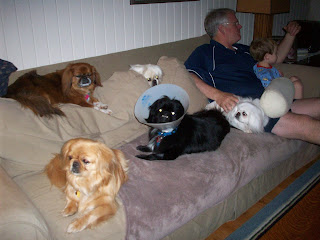 Here they are all vegging on the couch-- Let's see, all of them are gone now except for Kai Kai. 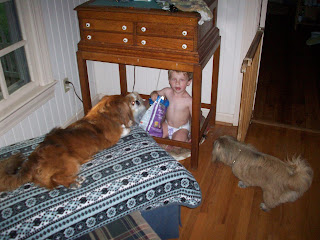 He is hoping Beach Bit will share some treats.   I don't think it will happen. 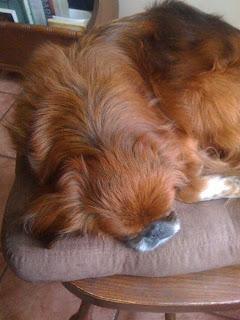 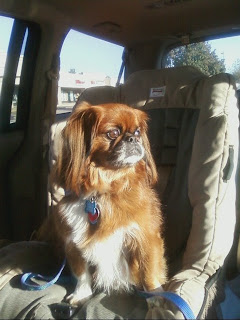 He's getting some gray on his face-- but I hope he lives a LONG time because this is one of my "heart dogs."     I'm crazy about him. 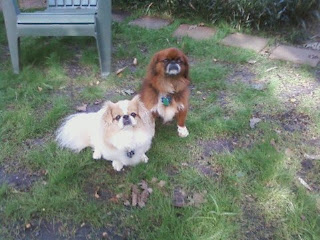 Kisses from the girls in Australia :)