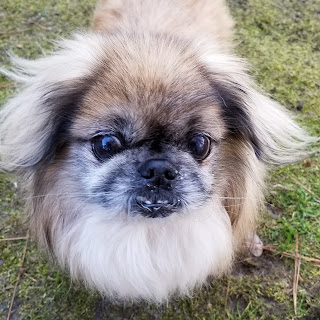 Teddy Bear/Ted came into rescue in April 2011 with his brother Cosme/Cos. 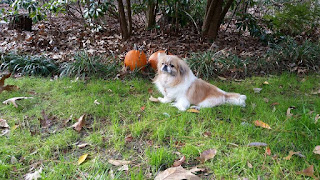 He was about 8 at the time, and was a sweet natured and happy boy. 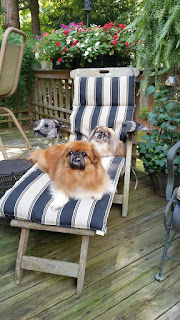 He hung out a lot with Cos and he was such a great little boy.   He was only about 12 pounds. 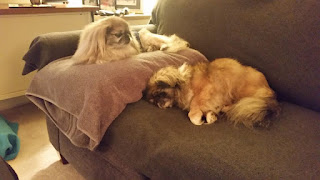 He loved to take naps on the couch-- even when his sister, Lily woke him with her snoring. 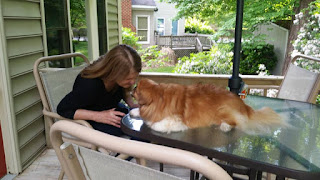 His brother, Cos, is still there, with Lily and Missy.  I know losing one is so difficult, even when others are still there.  Their own personality and love are greatly missed. 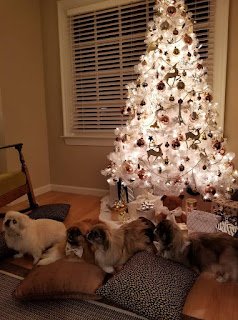 They all posed under the Christmas tree --

I'm sure his brother wonders where he is.  They were always together and I'm so glad Beth and David adopted them both. 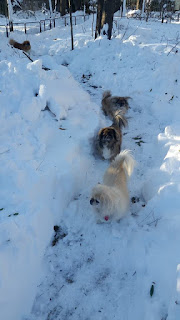 It was always a sweet group-- snow didn't slow them down. 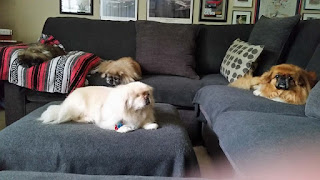 They could all be together and sharing space-- Lily, Ted, Cos and Lily in front. 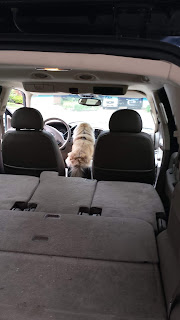 Ted loved car rides and sat where he could be near his mom and dad, and where he had the best view. 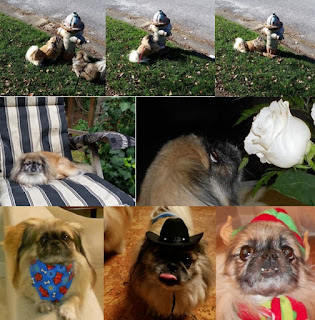 Ted had an incredible life with his parents.  His heart had been going for some time and he died in his mom's arms at home on January 24.   I know he met his brother, Wylie and many others there.  There must have been quite a reunion.   Run free now, sweet boy. 💙
Posted by Linda at 12:28 PM

What a lovely man Mr Teddy was and I just love that photo of Teddy Bear right up the front of the car ..... he was Not a "back seat driver" !

All the best to his family - he will be so missed.