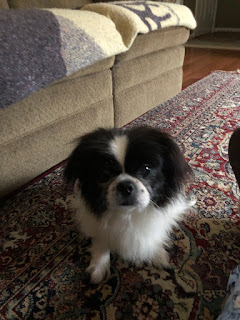 Oshie came to us after he was hit by a car and ended up in a Maryland shelter. 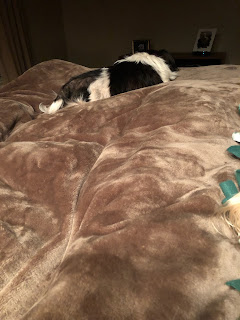 He wasn't claimed, so he came to us to recover.  He had broken ribs, but no significant damage-- a lucky boy! 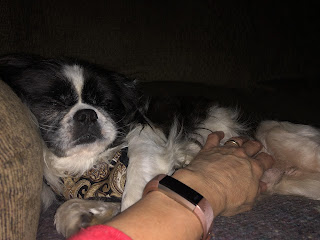 He did great in his foster home with Monica and her girls (two Pekes).   He didn't want to be the boss.  He just wanted to be friends and have fun. 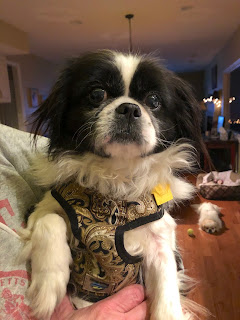 Once he was medically current, it was time to find him a home.   We had interest in him, but one wanted to meet him in person.  Are you ready?? 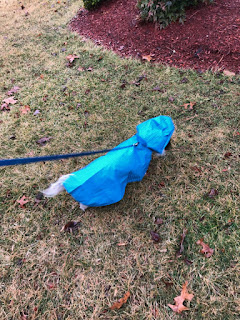 So, he met his new mom and dad (Ida!) and soon he was at their home-- in a raincoat!  Where's Oshie! 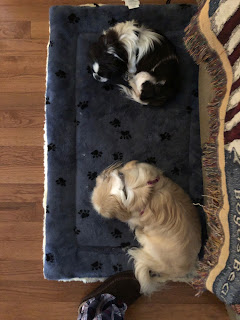 Allie Marie the BeBe had lost her two brothers on the same day in January and she was lonely.  Her Peke cousin, Taz, was visiting, but she needed one who would stay-- so Oshie came to join the family. 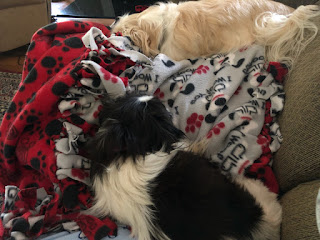 He got closer and closer. 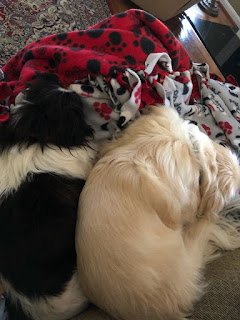 And pretty soon, they were right next to each other.   Allie Marie wants to be the boss-- Oshie doesn't.  They get along GREAT! 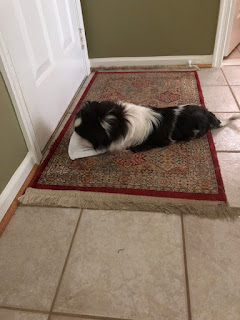