KAI KAI-- BEFORE AND AFTER 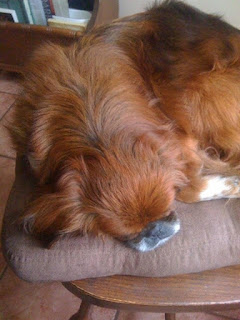 He became Kai Kai and you all know him. 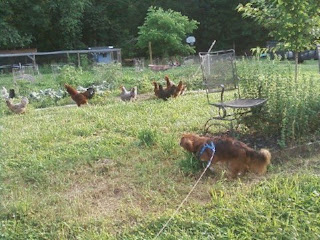 I fell in love with him right away-- but I do that with most of my foster dogs. 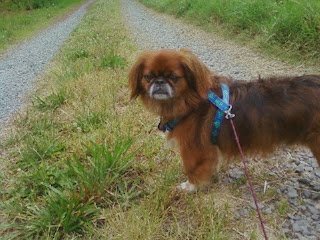 Kai Kai had adventures to the Farm, where my daughter lived.   He was enamored with the chickens! 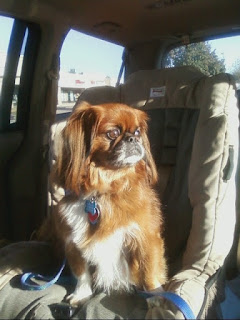 He would ride in the car seat if a child wasn't in it. 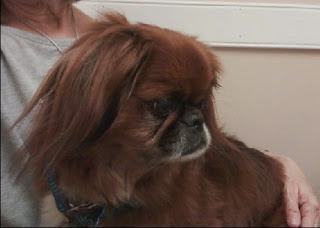 He was so devoted to me-- and he had the sweetest nature. 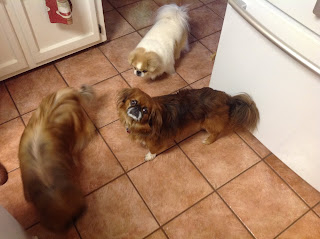 He loved all the dogs here. 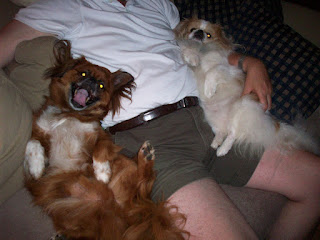 He had a silly side, too-- here with Starlight. 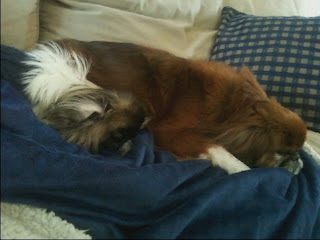 Kai loved on Lexie when she was here.  She was my first IMHA dog. 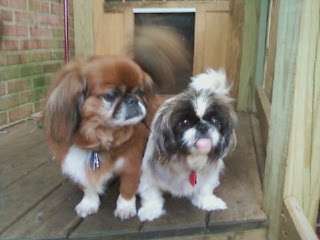 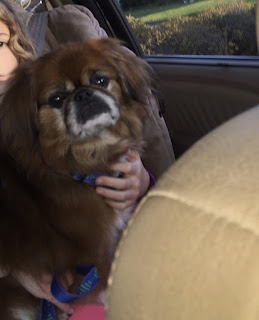 Kai Kai began to have eye issues (cataracts) in 2016.   He went to the Veterinary Ophthalmologist near us. 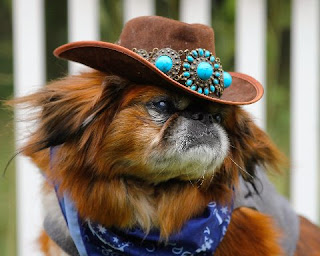 He was one of the few who reacted to everything we tried and he lost all his sight. 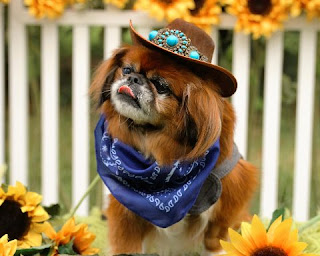 He had four eye surgeries. 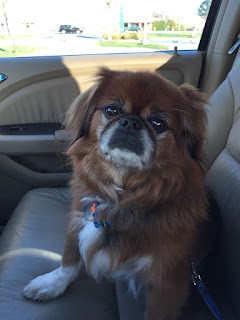 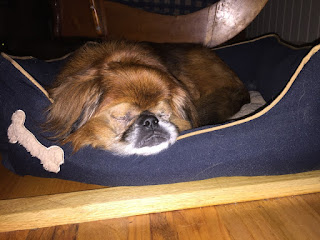 We couldn't save his eyes. 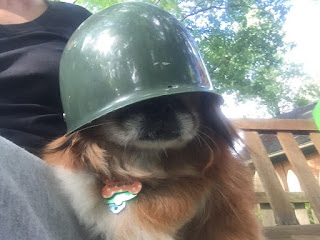 He still loved us all and still put up with my antics-- like wearing an army helmet. 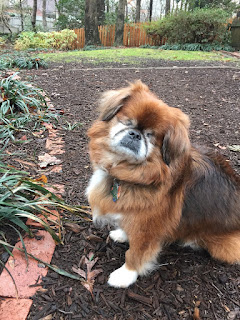 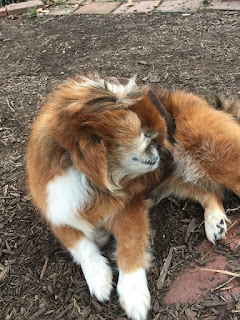 We weren't sure he would recover, but he did!   It just took time. 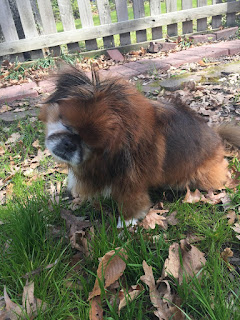 He still has a little head tilt, but he is a happy boy. 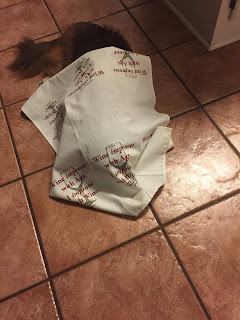 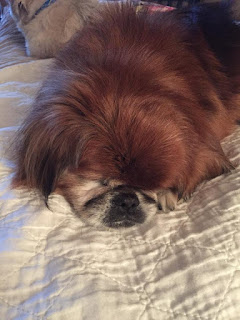 He is still my beautiful boy. 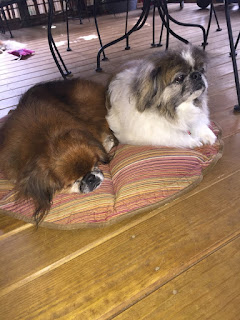 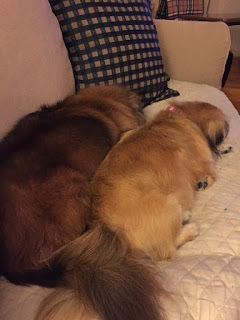 He "looked out" for Nala and BeeBee. 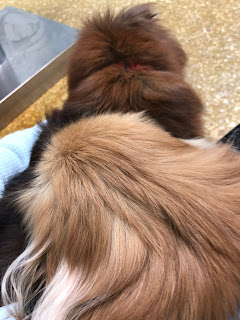 He was there to comfort them when they needed it. 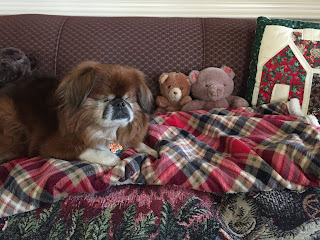 He loves to be on the couch near me. 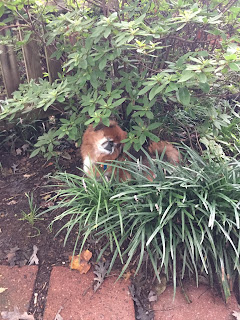 He sometimes gets lost in the bushes, but he just waits, knowing I will rescue him. 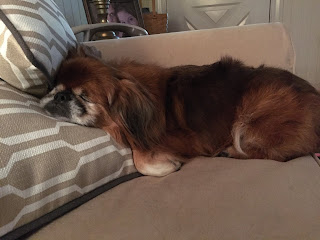 Big kisses to Kai Kai .... he is such a beautiful boy and very brave !

What a sweetheart..hope you are blessed with him for a long time..

Watching him persevere over his infirmativea is so heart warming and shows just how tough the Pekingese breed really is.