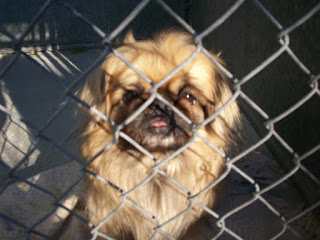 In February, 2012, I received a call from a shelter near me.  They had two Pekes there who needed help.  Beau Bob was one of them. 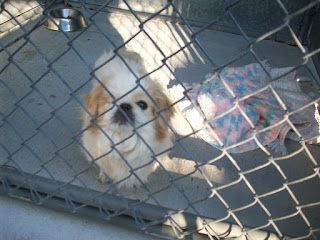 Pop was the other.  They had been found wandering together and I went to meet them. 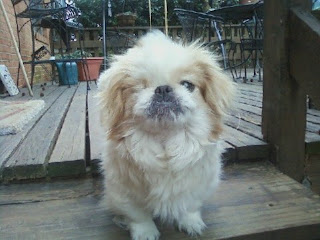 We thought they were around 5 years old and they were both sweet. 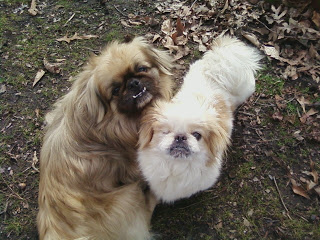 They obviously loved each other.  I just wanted to kiss their faces!  And I did. ❤️ 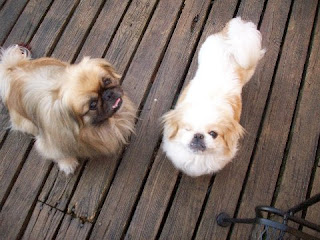 Pop was missing an eye, and we thought it had been removed.  We found out later that great trauma had pushed it back and so it was removed when she was with her foster moms, Kay and Claretta. 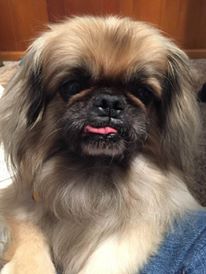 They decided to keep this adorable pair. 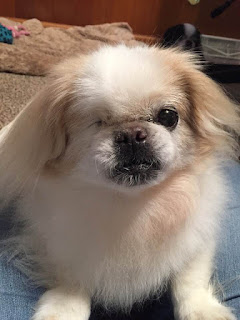 It was time for some stability. 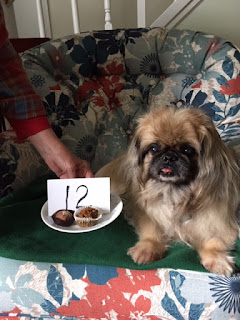 They just celebrated their 12th birthday! 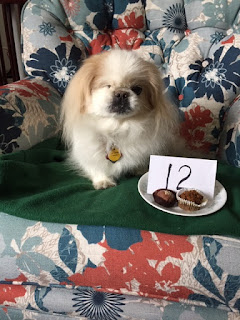 They had little special cupcakes to make their day wonderful!  Of course, everyone got one. 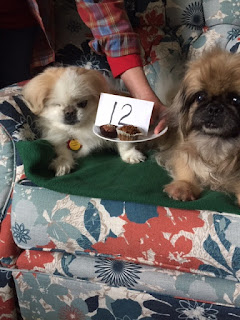 Freddie’s box came with truffles so those were added. Not one dog would eat those cupcakes; not even BeauBob who they believed would eat anything. Freddie’s truffles saved the day!  HAPPY BIRTHDAY, BEAU BOB AND POP!!
Here's a video from when they were at my house-- Click here: beaulollipopplaying - YouTube
Posted by Linda at 9:26 AM

You can see they are so connected to each other and I am so glad they are together forever.


HAPPY BIRTHDAY TO YOU BOTH BEAU BOB AND POP !!! I hope you had some champagne with those cupcakes!!! LOL