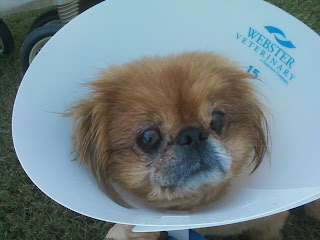 Parker had eye surgery. I'm amazed how many of the Pekes need this to keep the hair away from the eyes. Many have nasal folds so large that the hair rubs on the eyes and will cause permanent scarring/damage to the eye if it's not taken care of. 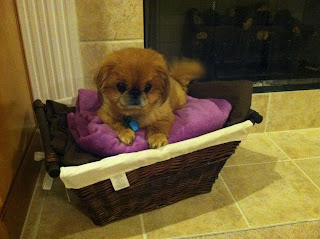 Parker has healed from surgery and no longer needs his e-collar. He has a new favorite resting spot. 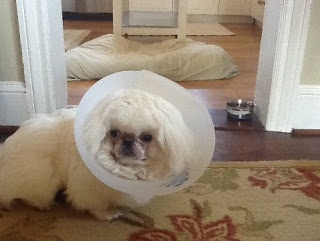 Mr. Winks is improving daily after his surgery. He had his eyes and nose done and will try to rub his face-- not a good things. So, he has to wear this cone. 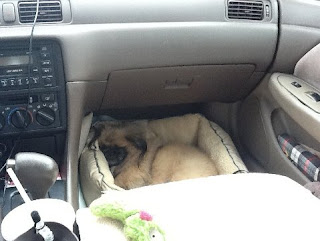 He was in the front seat on his way home from surgery, but he switched places with Lafite. Lafite like the bed just fine. 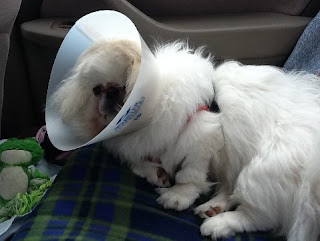 Mr. Winks curled up on the seat and stretched out. 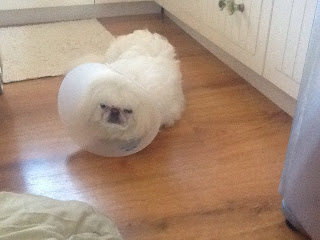 At home, he is having to maneuver with the cone on. He looks huge on him, but it's not as big as it looks. I'm sure Mr. Winks would disagree-- he probably thinks it's as big as Uranus! 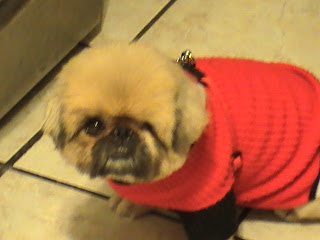 Drew also had eye surgery, but he doesn't have a cone on. He doesn't try to rub his face-- which is amazing. I would be! 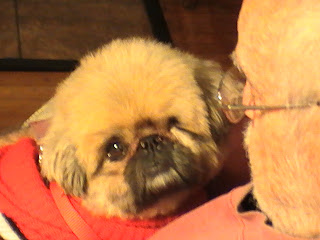 He's so cute-- and he's going to his new home this week-end. I know he will love it there, even though he'll miss his friends at Paige and Dani's house. Get well soon, Drew and Mr. Winks!!
Posted by Linda at 1:00 AM

I do hope Mr Winks and Drew are feeling better .
They have the "cone of silence" on LOL

Went jet boating down the river - if I had a "cone of silence" on it would have flown off!!! LOL