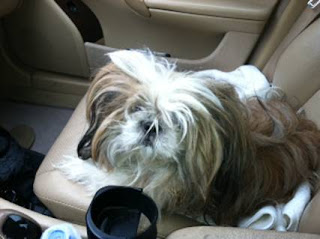 We had a wonderful applicant named Whitney. She was a great owner to her little ShihTzu, Bijoux. But, she wanted her to have a friend. 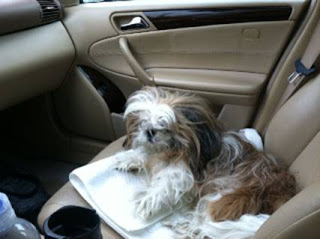 She was all approved to adopt-- and then she found out there was a very mistreated Shih Tzu in Pa. that really needed a home. Her name was Molly and she had never been to a vet. She was matted and desperately needed someone to help her. Whitney stepped up to the plate. 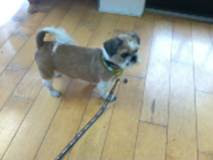 She went to the groomers and underneath all those mats was a beautiful little girl. 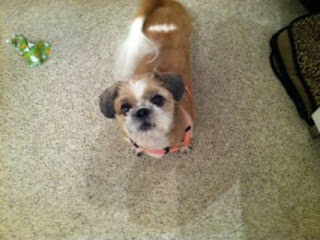 She was covered in fleas, but they're all gone. The hair on her head had to be "ungled" from the top of her head. The groomer carefully shaved her down. Whitney took her to the vet and she had double ear infections. Her nails were curled into the pads of her paws. Through it all, little Molly remained in great spirits-- she knew she was being cared for. 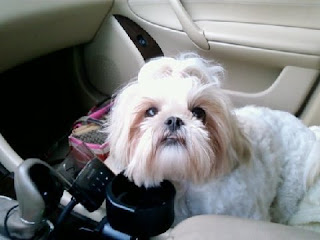 When Molly got home, she was able to meet her new big sister, Bijoux. Bijoux is four years old. 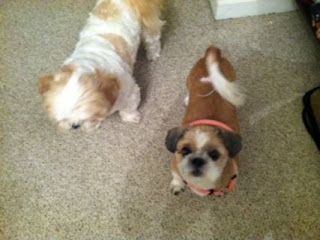 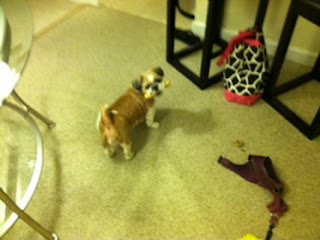 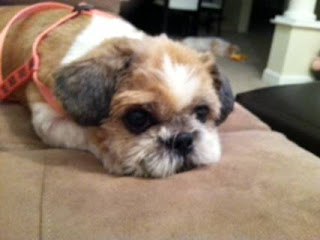 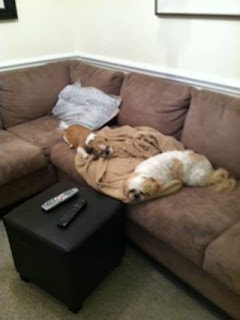 I think she's going to like it in her new home. I'm so glad Whitney saved her. Thank you, Whitney!!
Posted by Linda at 1:00 AM

Thank you Whitney!! It warms my heart to see that Molly will now learn what love is all about. Gracie Lu sends slobbery kisses.

Off to New Zealand and if the laptop works there - I have to have my "must love pekes" fix.
If you do not see me you will know its difficult to post on the road guys.

Love
melinda , steve and Moi Moi who is in the kennels.