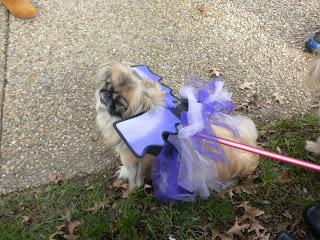 I realized I had not posted these Halloween pictures-- Maggie was one of my fosters. She was SO cute then and a love-bug. She is dressed up as a little purple bat. 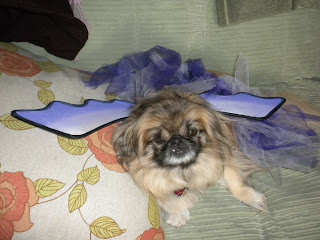 Maggie and Bobbi participated in the Great Falls Halloween Parade. I'm sure they charmed everyone. 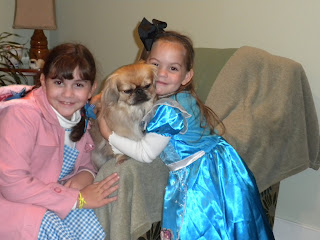 Maggie's little girls love her so much-- and now they have Bobbi to love, too. They call him Bobbi-Bit. 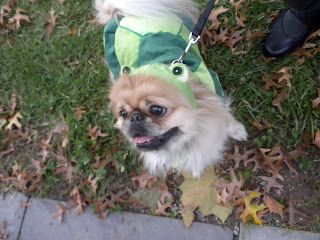 Bobbi was a turtle cutie. He is the sweetest dog-- not a mean bone in his body. 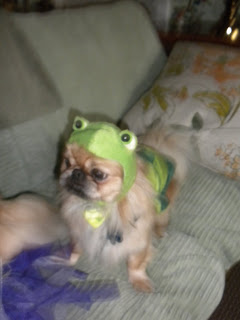 I passed out candy, but my Pekes were just ........ Pekes! They barked at anyone who came to the door, so I finally just sat outside with my big orange bowl of candy. Of course, I had to have a few pieces to keep up my energy. :-) Maggie and Bobbi, did you get any treats?
Posted by Linda at 1:00 AM

I could get kissed by that Frog Prince.

I love that bat outfit!!!