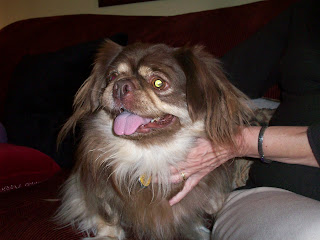 We had the November Peke meeting at Robin's house on Saturday. There were delicious things to eat! Thank you, Robin!!! Corkey, her foster dog was there and he entertained us greatly!! 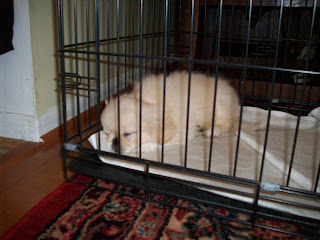 Bobby Socks, the puppy was there. He was held a lot, but finally needed to take a nap. 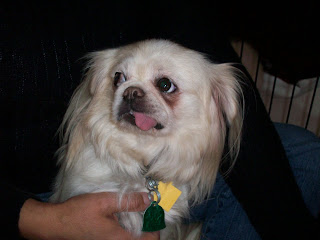 Little Pearl was there, along with her sister, Jules. Pearl has wry mouth, which is why her tongue hangs out. It doesn't get in her way a bit, and she is so sweet! 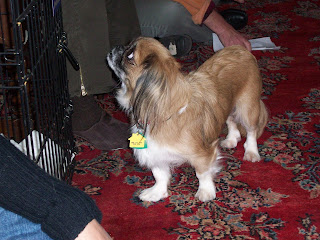 Jules was very happy to visit with every one. 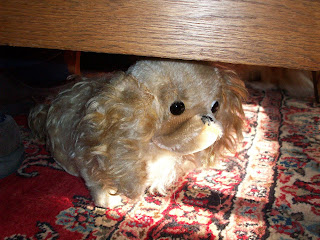 There was a puppy under the chair-- some people reached out to pet it and realized it wasn't real. Made us laugh though! 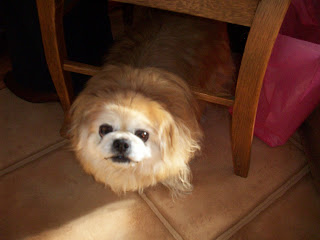 Brewster (am I right, Robin?) was a little shy-- he wasn't too sure about all the company. 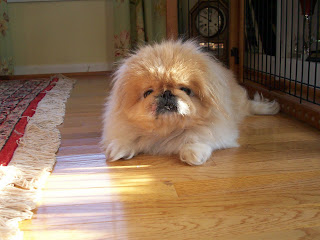 Yogi woke up from a nap so I could take his picture. He is adorable! 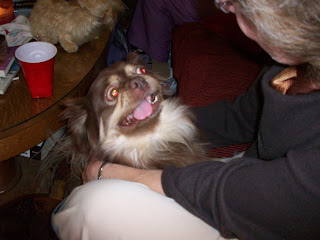 And then Corkey again-- he's like Scooby-Doo in his ability to entertain. He ran to everyone to get hugs and attention. He was making me laugh so much! Corkey is a big boy-- 24 pounds! He's a beautiful mahogany color and very unusual. 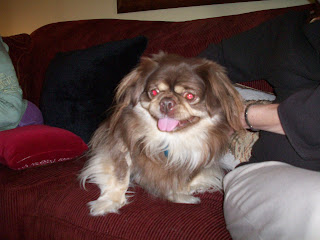 He did sit still for a moment so I could get his picture. I think he had a lot of fun at the meeting! We did, too. Jeanne became our official new president and had ideas on how to move ahead. Thanks, Robin! We all had a wonderful time at your home!
Posted by Linda at 1:00 AM

I do love all those pekes but Yogi and Corkey are the scene stealers! LOL