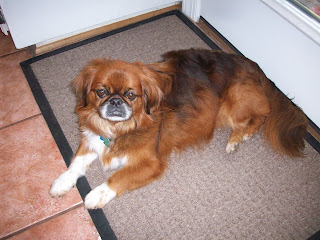 Kyden/Kai Kai has been with me over nine months. In all that time, only one application came in for him and it was totally unacceptable. They had a "shade tree in the back yard" which, to me, meant Kai Kai would have been left outside with their other pet (unneutered male who never came in). We are so careful with our applications-- and most are wonderful!! They have to be wonderful for us to let them go. :-) 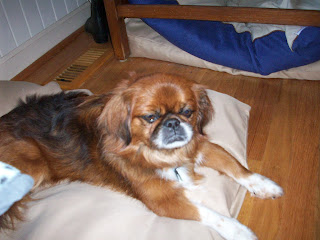 Kai Kai is a very loving boy, totally devoted and follows me everywhere. Most foster dogs will do great when they find a new home-- but no one gave him the chance. So, guess what. He's not leaving. He's staying right here. (But, Odin, another sweet sweet dog here needs a home!!) 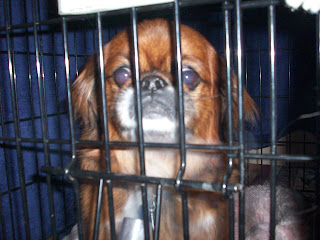 Kai Kai has some long term lung issues that we just discovered. It's probably from allergies that were not taken care of, so he has some problems. He's on allergy food now and doing great, but now he needs nebulizing treatments. If you have them done at the vet, they get a bit expensive (you never just need one and Kai needs them twice a day for ten days). 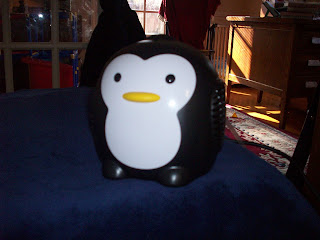 And check out his nebulizer!! I was given two of them (thank you Essie and Mary Elizabeth!). This one is the one I'm using now-- it's very cute. I have a nebulizing crate set up for Kai and he goes in there, I cover it up except for a "peek-hole" so he can see me. Then, I begin the treatment. By doing it myself, I'm saving almost $300! That's a lot and it will help him so much. He may need these treatments occasionally, but they're not hard to do. 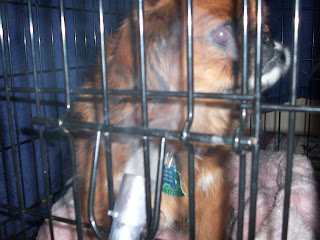 Can you see the mist coming out of the tube? Kai looks like he's suffering, but he's not. He's very good! (Yes, that's a pink bed in there!) 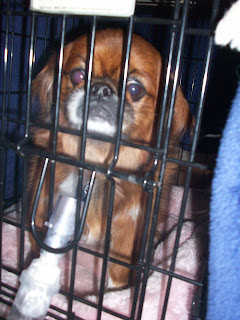 What a good and brave boy he is!

I received this email from a friend. I really appreciated her sending it and wanted to share it. It's for all my friends in rescue-- thank you for all you do. Here's what she wrote: "Hi Linda,
I have never figured out how to comment on your blog....so I wanted to drop you a line to tell you:

1. how much I enjoy your blog & the photos
2. how very proud I am to belong to PVPC everytime I see an happy update, a notice of sad passing of a beloved peke -- even if beloved for only a few hours before crossing over, and see a dog in need of rescue that was taken in by PVPC.
3. what a beautiful family you have.
Best Wishes in 2012. Keep blogging. :)
Leighann"
Thanks, Leighann!!!