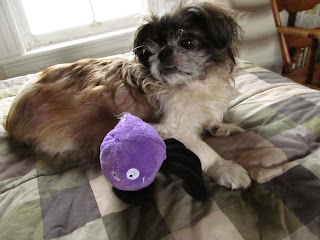 Wilson came into rescue from a shelter where he was a stray. He has a lot of gray in his face, but the vet says he's not that old-- He didn't even need a dental. 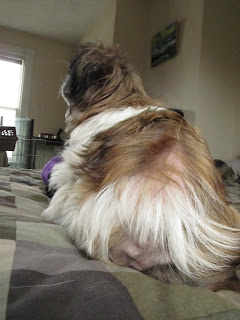 His hair is beautiful now-- a long way from the neglected dog who came into rescue. 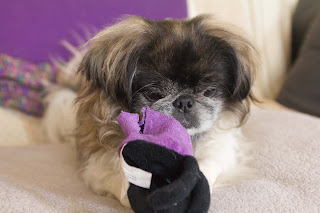 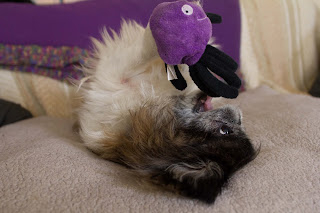 and will roll around with them and play. Is purple your color, Wilson? 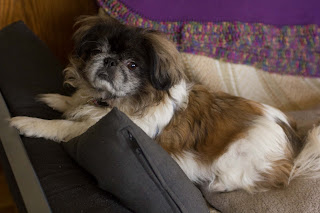 I think he looks very content-- but he would like his very own home. His foster parents are GREAT!! They have a huge heart for dogs, especially these little Pekes, but they also help mamas and their babies that are at a local shelter. They give them a safe place to begin their lives in their home. 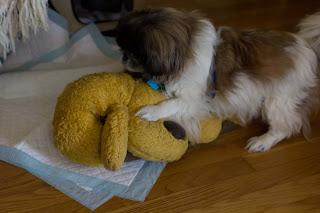 Wilson has a toy that is almost as big as he is. I think this boy loves toys-- some ignore them, but Wilson isn't one of those dogs. ;-) 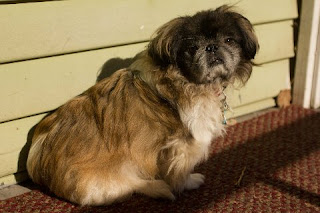 Wilson is ready for a new home. He is good with other dogs, but too interested in cats to be able to live with one. (I have a few of those dogs here, too! They just want to play with the cats-- really!) 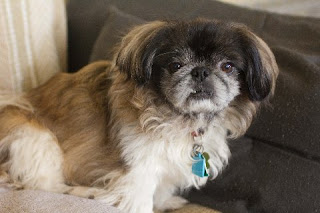 If you are interested in adopting Wilson, please email potomacpekes@gmail.com.
Posted by Linda at 1:00 AM

I think this boy deserves a very special home :)

He's got the cutest face I've ever seen. Wish I could take him home. But South Africa is so far from u

Welcome to you Ryna in South Africa. A friend of mine just returned from there last March. She had lived there a year. Do you have a Peke?
Linda (blogger)