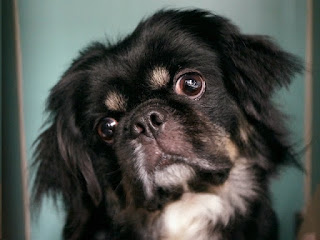 Alvin was rescued out of a NYC shelter, but he had temperament issues and that was a problem. 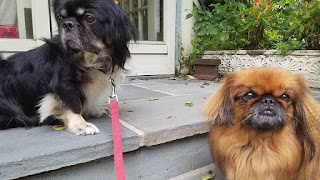 He was in a home, but it was not a good fit and they were hoping for a more experienced owner to help Alvin.    One of my friends in rescue (who has adopted several dogs from us) was up to the challenge. 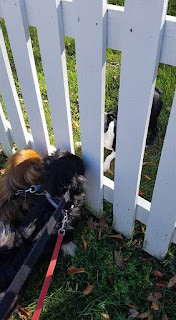 Genghis took Alvin on as his project-- and so did the whole family. 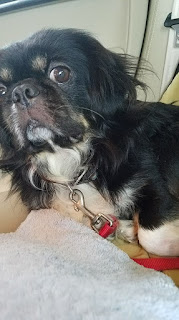 There were some rough days-- this boy had been through something, who knows what-- and he had some trust issues. 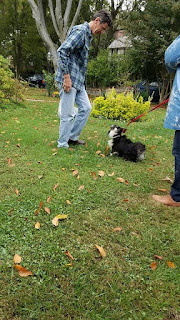 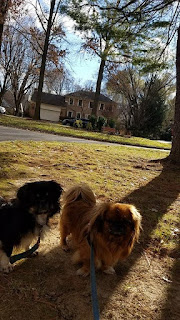 He went on walks. 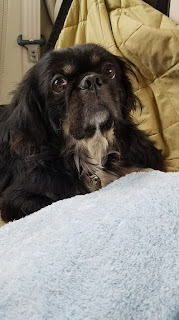 He was given time to decompress and they did not react when he acted out.  They were not giving up on this boy-- they wished he could tell them what had happened to him. 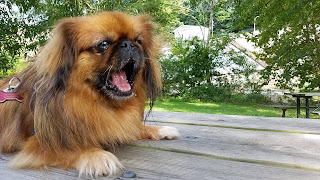 Genghis said, "Give him a chance!" 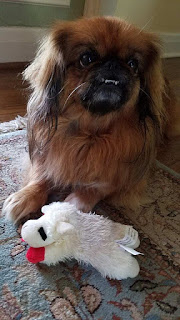 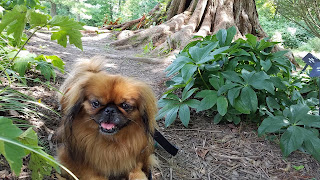 Genghis became his good friend, he taught him he was safe and how to be a dog. 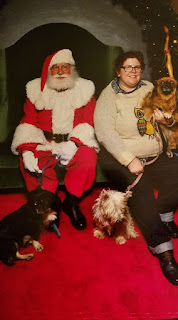 Alvin has really changed thanks to this wonderful family.   His new name is Mr. Wiggles!!  He is always wiggling in happiness now.   AND he got to meet Santa!!   I think he is going to have a wonderful Christmas! 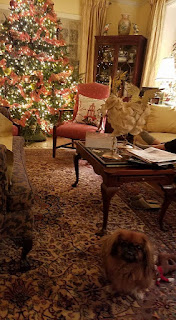 His brother, Genghis, is helping decorate to make sure this is the best Christmas Mr. Wiggles has ever had.
Posted by Linda at 12:30 AM

Mr Wiggles might have been on Santa's "naught list" but with the help and devotion of his new family .... Mr W is right on top of Santa's "Nice" list!!!

So happy for Mr Wiggles :)

What a cute name, Mr. Wiggles. And a lovely story as well. I've had experience with my daughter's Toto throughout his life time and he was adorable but had serious trust issues as well. He was raised in our loving home but he was a puppy mill baby sold in a pet store and he could be a little darling one minute but could and did turn vicious toward us for no obvious reason.

He was a "talker" or rather he was a grumbler who "talked" at length as he followed you from room to room. He loved floating around the pool on an air mattress and would wait for the mattress to come to him so he could climb on and float around the pool. His neurotic issues would make appearances at odd times and his various skin and allergy problems as well as his early onset of blindness. Despite it all we loved him unconditionally.

It's encouraging to see that Mr. Wiggles ended up with grand fosters who were not put off by Mr. Wiggles and his trust and anxiety issues and taught him to love and trust.

A pox upon puppy mill operators and pet stores who are looking just to make a dollar and don't care about a puppy's health or mental condition. Maybe we can stamp out this kind of greed and reduce the number of puppies inbred and suffering from a full menu of health and mental issues.

At least I hope so.