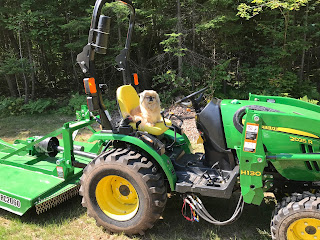 Ted used to live in my area, but he moved! 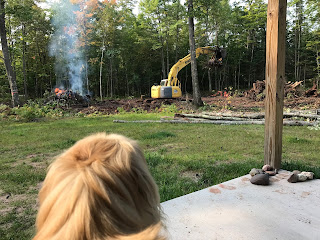 He lives in Michigan now-- way up there.  Ted is almost 12 years old, but he has done great with the move and weather change. 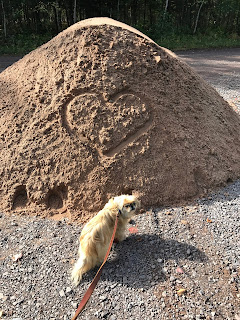 I think he loves the dirt pile!   His mom and dad are building a new house and Ted is supervising. 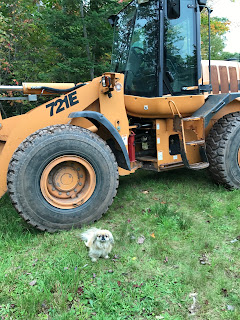 He feels right at home with the big equipment. 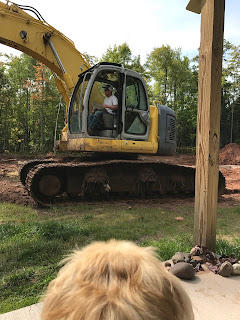 But, he REALLY thinks the operator should come down and pet him. 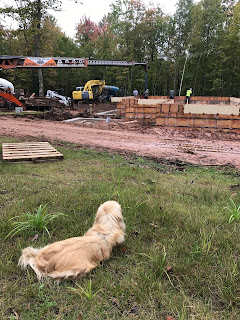 Progress is being made, but they may not be in before Christmas.   They have a large motor home that they are living in now and Ted finds it quite easy to go there to nap when he isn't needed on site. 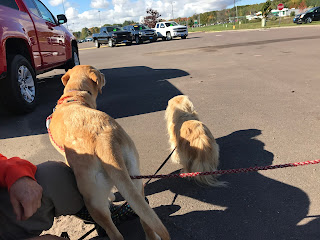 He has made some new friends in the north-- Goldy was content to watch with Ted.  Their cars were being worked on. 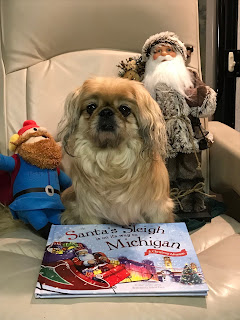 Ted does take time to think about Christmas and he has Yukon Cornelius and woodsy Santa to keep him company while he reads his book.  Seems like a perfect book for him.   Have a happy winter up there!
Posted by Linda at 12:30 AM

That Ted is super cute!

Ted is a real cutie for sure. Little Northwoods guy.

Ted your the man🤗

Thanks so much for your kind compliments on Ted. He does miss being properly adored by a fan club, now that we live in the country! And today is his 12th birthday, so he will enjoy hearing about ‘his blog’. :-) Need to get busy shoveling his favorite paths....he hates it when the snow gets deeper than he is tall!