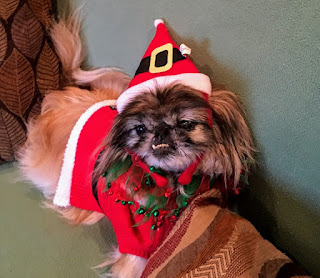 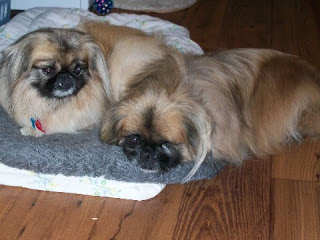 She and her brother, Max (who is now mine), were dumped in a field in a town near me, and taken to animal control.   I went to pick up Max because Maggie had an adopter, but they hadn't shown up, so I got them both.  I was so glad! 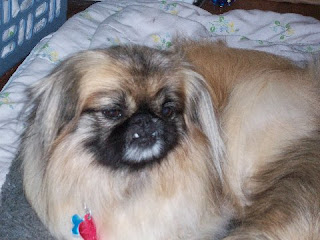 Maggie had health issues and we were able to get those taken care of.  She was so sweet!  And oh, the underbite!  Adorable! 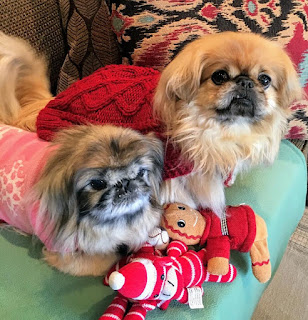 She was adopted and later they adopted Bobby.  What an adorable pair. 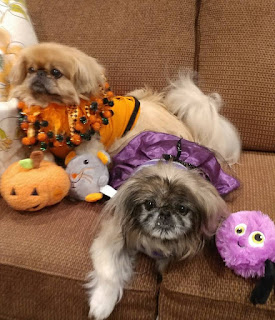 She had the best home and so much love,  She also got to play with her "cousin dogs" who lived near by. 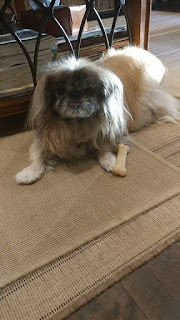 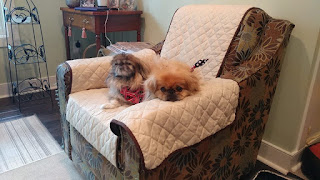 I know her brother, Bobby, will miss her so much.   Maggie began to have breathing difficulties and was struggling.  She had a wonderful life and we just wish it could have been longer. 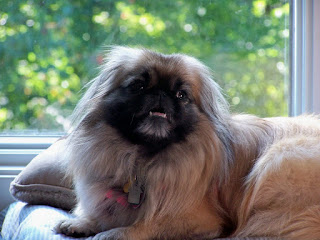 Run free now, sweet girl.   You will be dearly missed.
Posted by Linda at 9:37 AM

It feels like we've said goodbye to so many this year. Our Joyful Grace met many of our losses at the bridge and showed them around the place where there is no pain, no blindness or cruel careless people who abandon their Fur Babies at the first sign of ill hearth, advancing age or simply in order to get a puppy so they can repeat their cycle of throwing away precious Fur Children whose only sin was growing out of the cute puppy stage.

Maggie will be so missed.