Piper was my foster boy in 2013 and he went to the greatest home. 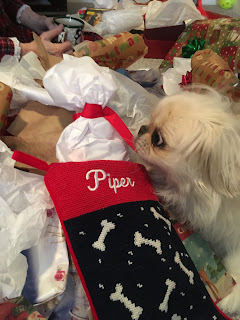 He loves his new home--he has his own stocking! 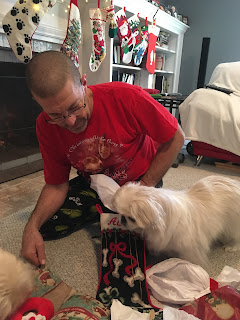 He was checking out all the presents that suddenly appeared on Christmas morning. 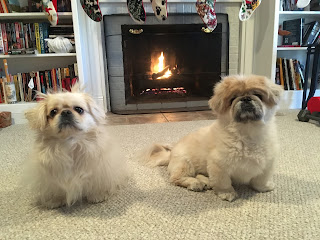 Piper and Sammy are best buddies.   Sammy was also adopted from us, and is about 11 now. 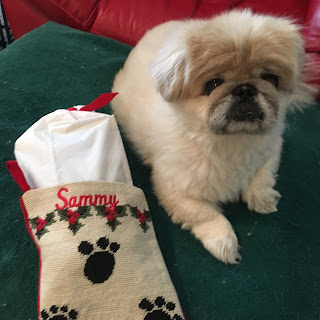 Sammy had his own stocking, too. 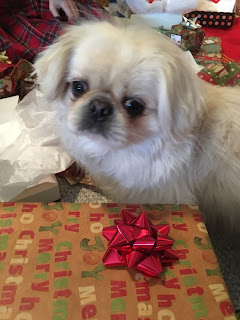 Piper was checking out a present that had his name on it. 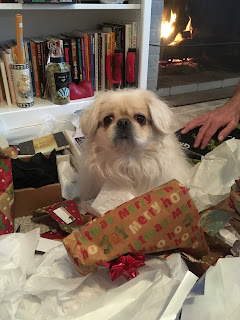 Just like a kid, he thought the wrapping paper was wonderful, too. 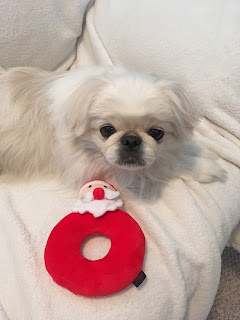 Piper's little sister, Abbi, was adopted from a local shelter.  She came right after Piper joined the family.  They had applied for her, but knew there would be so many applications.  When they were chosen, they knew Piper would have a best friend close to his age.  And they are great playmates. 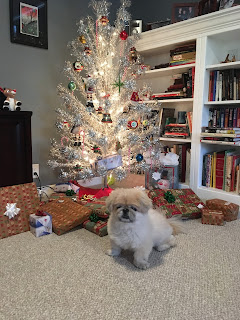 Sammy posed before the presents were unwrapped-- it looks like they had a full Christmas! 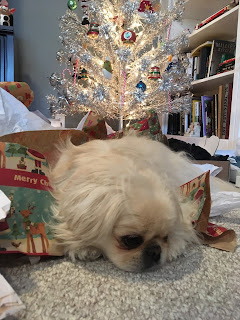 At the end of the day, Piper was exhausted, but it was a good exhausted.   He had a wonderful, jolly Christmas!
Posted by Linda at 12:30 AM

I wonder what time they woke their parents up????

Our three were exhausted the day after Christmas and spent yesterday snoring and being totally lazy. In fact they weren't even interested in barking at the cat next door or the two Fur Children that live on the other side of us.

When they went out to do yard business they hurried and got done then rushed back in to claim their heating vent or warm cozy bed to nap some more.