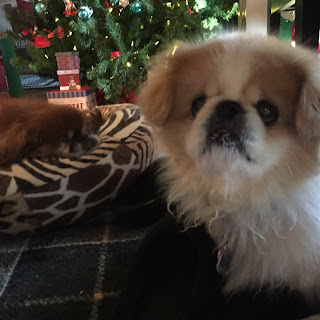 Starlight says, "Mom is at it again!  I thought she was done decorating." 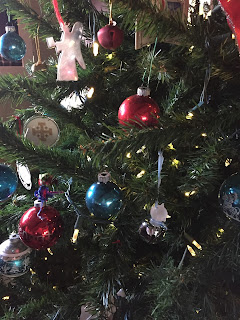 The house was done and ornaments were on the tree.    We always put the tree up first, and add the lights.  Then, the tree goes "on hold" while I decorate the house.  The last thing I do is put the ornaments on the tree, and then, the snow.  Once the snow is on, I'm done decorating! 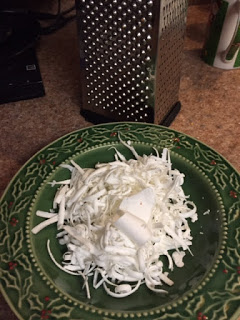 Starlight politely asked what was going on.  She is curious, but usually gives up trying to figure it out, especially now that she is over 13. 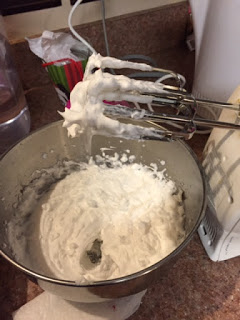 I've done this every year since I began decorating my own home.   My grandmother was born in the late 1800s and she did this.  (I know, that seems a LONG time ago.)   I don't know if her mom did it.   She was a farm wife and so money was tight.   So, she made "snow" for their Christmas tree.   Homemade ornaments were on there, too. 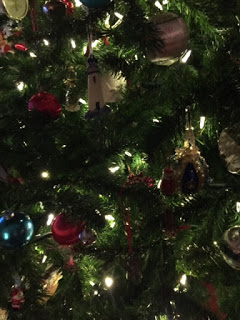 Once the lights are on the tree, the ornaments go on.  Then, the last step is the snow.  I grate ivory soap-- the bars, not the liquid.  And don't try to use another soap.  It won't work.  You put the grated snow in a bowl and add a small amount of HOT water and beat it!!  My grandmother had the kids take turns with a hand egg beater, because it had to look like meringue.   Now, with electric mixers, it's so much easier. 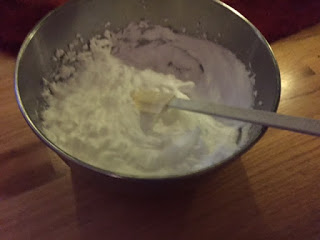 I use a small spatula to spread it on the branches.   The dogs seem to think it's tasty, so I have a small xpen around the tree.  My Cranberry used to LOVE to lick the branches. 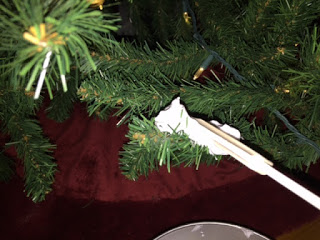 Spread it on a small bit at a time.  Using a spatula saves your hands from getting scratched on the branches. 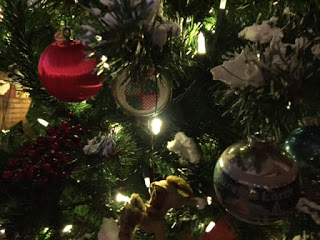 You can do a light layering or it can look like a heavy snowfall, whatever your preference. 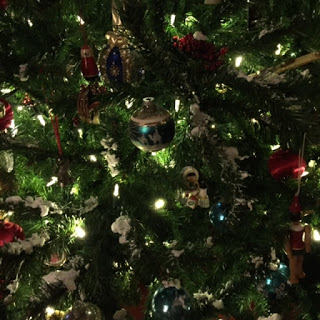 At night, with the small white lights, it looks like the moon light on the branches of a snow-touched tree.   I also have a small tree with blue lights-- a reminder of my childhood.   That is the Bit tree this year, so I'm going to leave that one plain.  That's the play tree, so the Bits can change things out if they want. 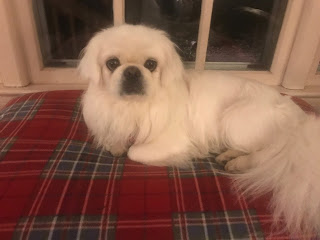 My daughters sometimes put snow on their trees-- Granger wants to know if he's going to have it at his house.   Don't worry, Granger, you'll be at my house some, too. 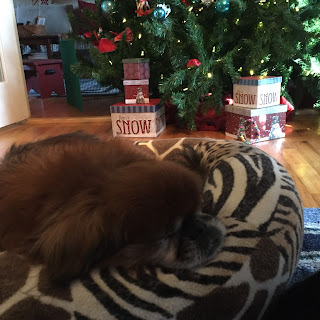 Kai Kai slept while I did it.   He wasn't bothered by my working around him.    If you try this on your tree, post a picture.   I love the look of my snow-dusted tree!
Posted by Linda at 12:30 AM

Do you do this on a artificial tree Linda????

How do you take it off if your tree is not real at the end of Christmas?

I have never heard of this and I cannot do this as we do not have Ivory Soap on sale here in Australia .

Amazing, my granny and my mother did this many years ago. Granny was born in the late 1800s as well and she was a young widow with 4 children during the Great Depression of 1929 - 1941 so she knew every trick in the book to protect her children as much as possible. She made bread as well as other baked products and sold it on the streets. My mother naturally recalled the snow trick for decorating a Christmas tree that many times had little else hanging on it except homemade salt dough decorations made with some of their precious flour and salt.

My 3 sisters and I loved the stories my mother would tell us as we made strings of popcorn and cranberries as well as paper chains to hang on our own tree along with a few precious glass decorations that she had accumulated over the years. We especially loved turning bars of Ivory Snow into mounds of snow for the tree.