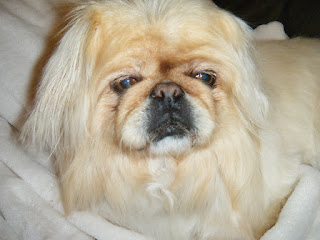 Luca came into rescue in 2006 and was adopted that year. 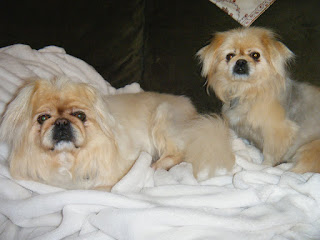 The family later added Mika to the home and these two became best friends. 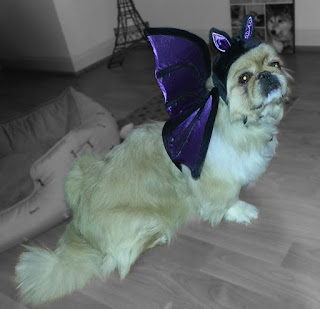 Later, due to circumstances, both were returned sadly to rescue.   Laura offered to foster them for us. 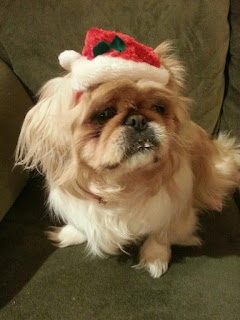 They both soon stole her heart and she adopted them both.   Luca was the more timid one, more mellow, so loving. 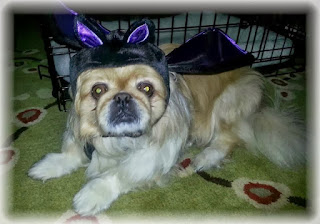 He was dressed up for Halloween and Christmas and was such a good sport. :-) 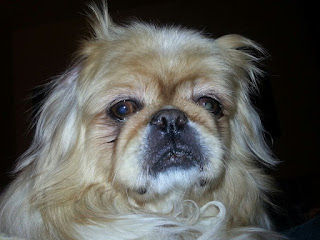 He had such a sweet, soulful face. 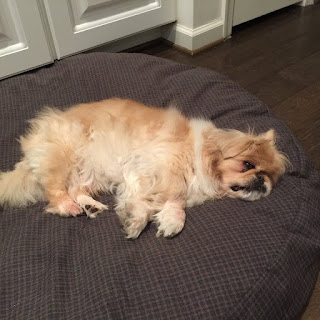 But, his mom said he could snore like a freight train.   Pekes and their flat faces. 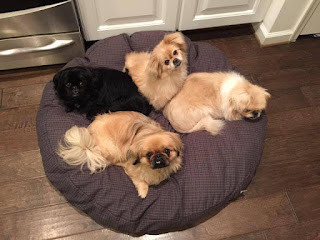 His Peke family, Sir Jenkins (black one), Mika, (Luca), and Milo will miss their brother so much. 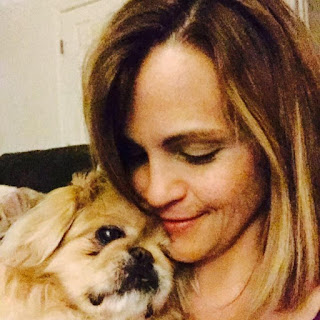 Luca had a wonderful home, was loved greatly.   Run free now, sweet one, and wait for your mom.  There will be quite a reunion then.
Posted by Linda at 8:12 PM

What a beautiful big face Luca had!
I can see he will be so missed.

Beautiful tribute to Luca! He was loved so much by Laura!