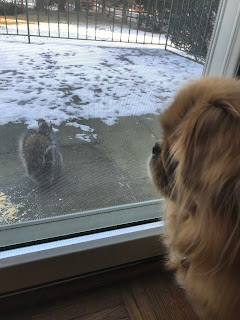 Magnolia looked outside and thought, "Why does that squirrel want to come inside?" 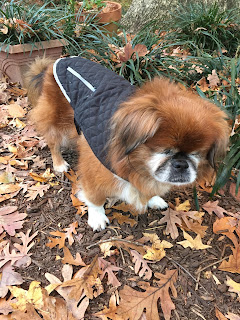 Kai Kai thinks everything is going to want to come inside. 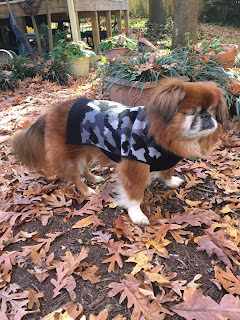 It's cold outside!   I'm in S.E. Virginia and we usually don't have really cold temperatures here. 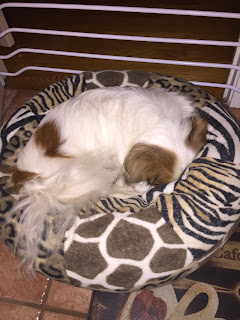 Floyd thinks it is good to just stay inside when it's cold. 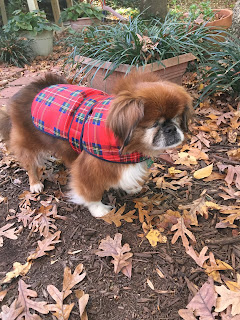 As you can see from my Peke models, we have quite a few jackets here. 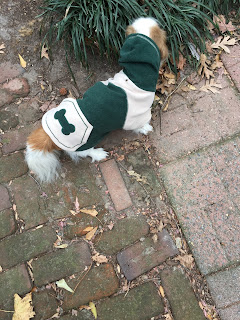 It was 15 degrees though-- that can mean two jackets! 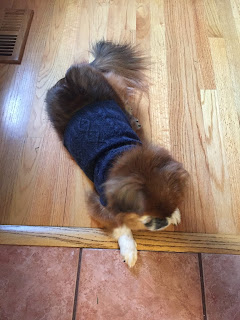 Kai Kai has this blue sweater under his coat.  The sweater is a little small, so Starlight and Floyd can wear it, too.   We switch them around. Chumley has it on now. 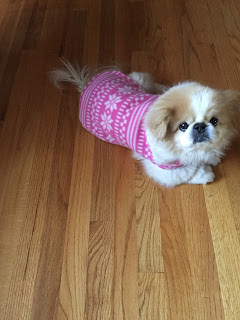 Starlight has quite a few, but this is one of our favorites. 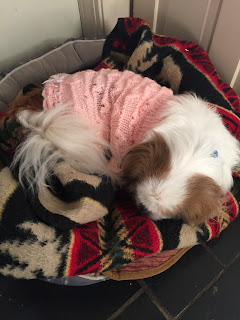 Sometimes, the boys get pink-- they don't care.  They just like to be warm. 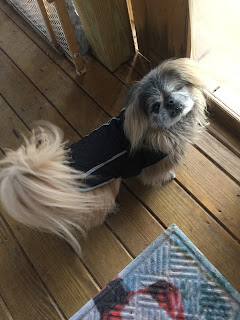 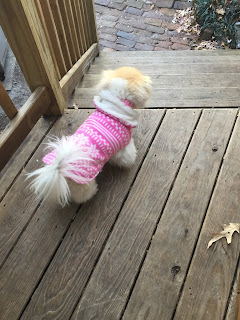 Starlight observes the stairs.   She would like a ride down.   She can still do it, but wants to be carried-- like the princess she is. 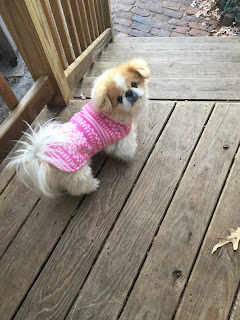 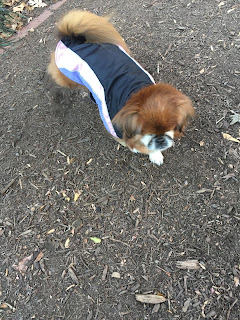 Kai Kai models another jacket-- oh yes, it does have some pink on it.  Doesn't bother him a bit! 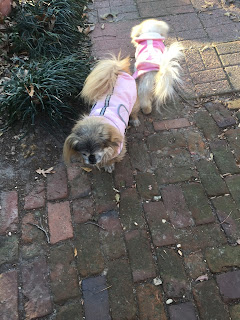 Max in pink passes Starlight in pink.  We do have a lot more girly things here.  Why?   I have no idea! 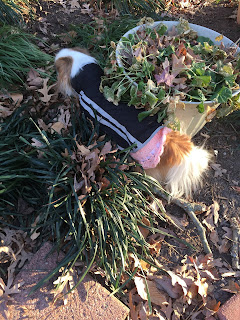 Floyd, is that a pink sweater under your black jacket?  Yes it is! 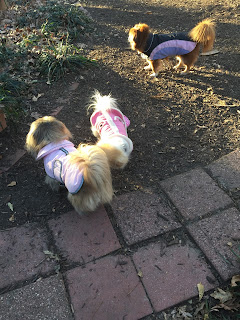 Pink is taking over!   And I just have one girl here right now. 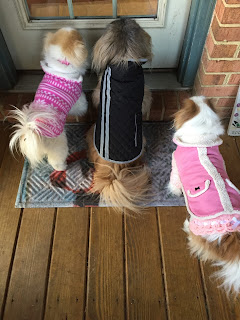 Beautiful sweaters and coats in Camp Runamuck. While we here in Southwest Virginia aren't expecting a lot of snow like coastal Virginia, we are prepared for bathroom breaks for our little clan. It consists of a large indoor/outdoor rug with an underlayment of pee pads on the porch so the Furs can take care of their business.