Puccini came into rescue last week-end.   He had never had medical care and he is nine years old. 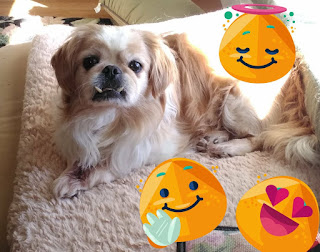 This is his "after" picture-- look at that smile. 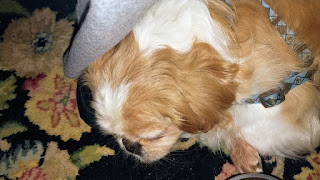 He desperately needed help because his teeth were bad.   They were so bad that when the vet saw him on Monday, he was declared a medical emergency and had surgery on his mouth that afternoon.   His mouth was in such critical shape, that the surgery had to be in two parts so that Puccini would not be under for longer than was safe.  The second surgery was done on Tuesday.  He lost over 18 teeth in the first surgery.  There were broken roots, infection and by the end of the second surgery, he has only two back teeth and his canines.   He will begin to feel SO much better. 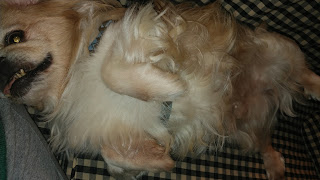 After surgery, back at his foster home, he wagged his tail.  He is so sweet and loving.   I'm so glad we got him so that we could help him begin his new life. 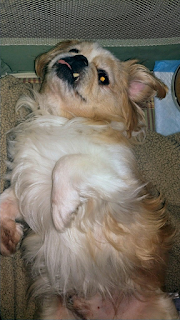 And he is ready to live it!   Puccini says HAPPY SUNDAY!
Posted by Linda at 12:30 AM

Happy Sunday Puccini . So glad your mouth is fixed up!! :)

Puccini is adorable and now that his teeth/mouth issues are taken care of, he will thrive with love at every juncture in his new life.

Thank you Potomac Valley Pekingese Rescue for a Sunday pick me up story.