STARLIGHT AND THE HAWK 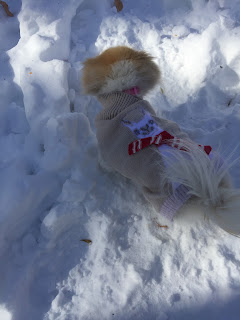 Starlight goes to the door if she needs to go to the bathroom.  She's a good girl. 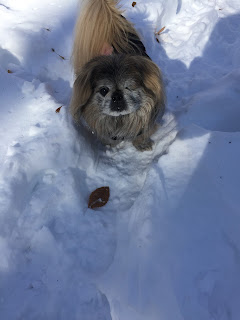 All of mine have been very good about going out in the snow and cold. 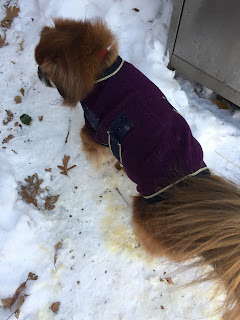 They all have coats on to keep warm.  Kai Kai loves his purple one. 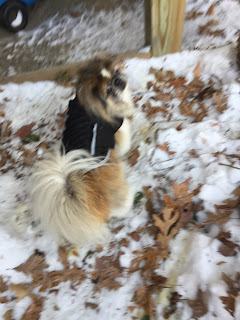 They share coats except for Starlight who is much smaller. 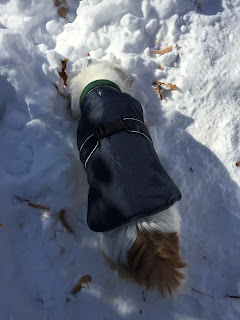 This one usually goes on Floyd because it fits him so well and has a flannel layer.  Most of the coats have a layer added. 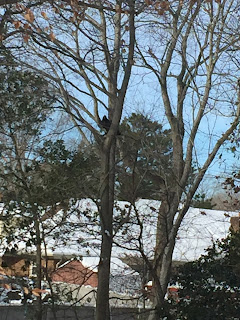 Starlight was out by herself (no other dogs).  I saw a hawk in the tree.  I saw him (or her) put out his wings and they were wide. 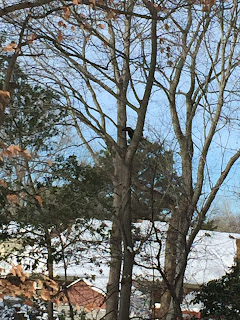 He was just sitting there watching. 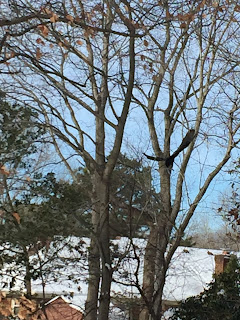 There he is flying.   I grabbed Starlight and in we went. 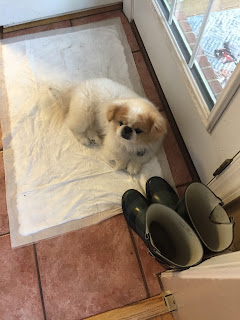 I told her, "just use the piddle pad!" 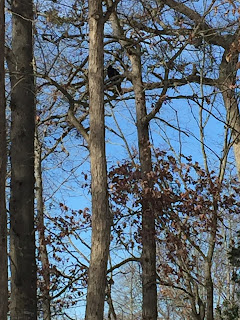 I know that hawks like small prey-- rodents, squirrels, rabbits.   Starlight is not a big girl and this hawk seemed hungry.   The snow was covering up other things he might try to eat-- so he was eyeing Starlight. 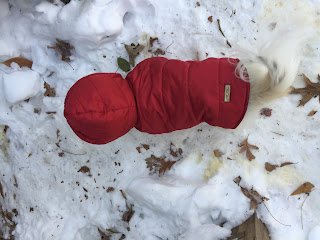 She needed to go out-- so I put her in a red coat with a hoodie-- she went out incognito. 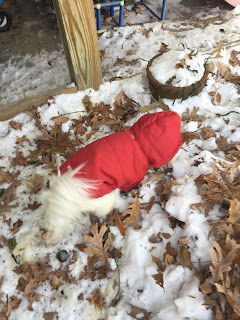 We stayed near the porch. 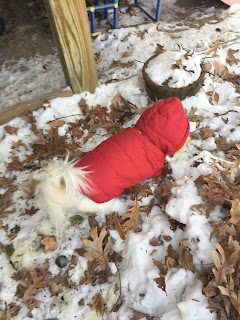 And she kept her hood on! 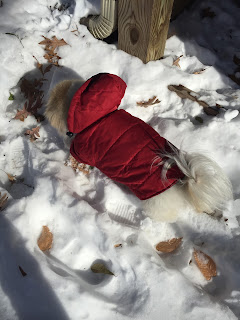 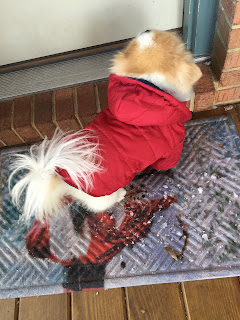 Safe, inside.   Be careful during this cold weather to protect your little ones outside.
Posted by Linda at 12:30 AM

Oh ... poor Starlight ! So glad she got back inside safe!

We are having problems with foxes here .... many are attacking small dogs .

Oh my gosh, I'm so glad you were vigilant because that incident could have had a very bad ending.

Before we sold our farm in 2006 we were careful about hawks or large owls particularly at night. And my mother always fretted about a hawk grabbing her little ShihTsu since we lived on a farm and hawks were numerous. So when we took the whole gang out to do bathroom stuff we escorted them with our Black Lab strolling along as well. She was very protective of all our little ones and patiently walked along as they searched out their "perfect" potty place.

Very good advice Linda. I read a story in the local paper a couple of years ago about a woman in Lusby, MD who was walking her small dog on a leash. A hawk swooped down and picked up the dog but she refused to let go of the leash and finally the hawk dropped the dog. The poor dog was terrified and required vet care for deep gashes caused by the talons, but wasn't permanently injured. However he didn't want to go out for the longest time after that, but at least was safe.