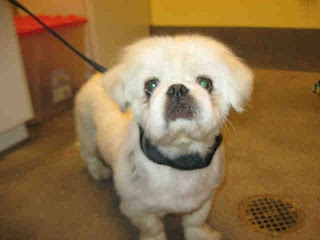 Jelly was one of our foster dogs in 2009.    He had a rough story.  He was a stray and we took him in.   Then, he was adopted, but in spite of our best efforts, they were not good owners.   They let him out and he wandered off.   He ended up back in the shelter and we got him back.  (The phone calls I had with his adopter were not fun-- I was pretty upset!) 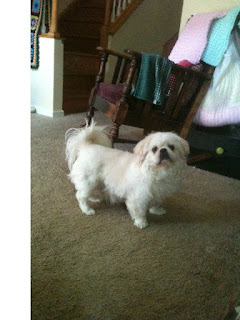 He went to Marilyn's home for fostering in March of 2010-- and he never left. 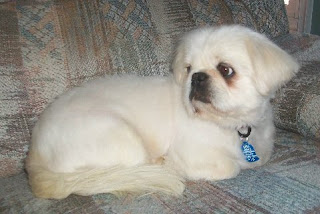 After all he had been through, he was a wreck, but her love and patience turned him around. 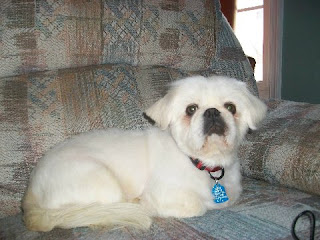 He had a bout with vestibular disease last fall, but rallied and is doing great now.  His mom hand fed and gave him syringes of fluid and he is back to his old self. 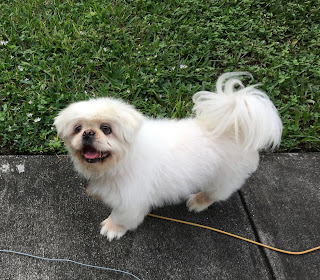 Jelly now lives in sunny Florida and he loves it there.  Nice walks and warm weather. 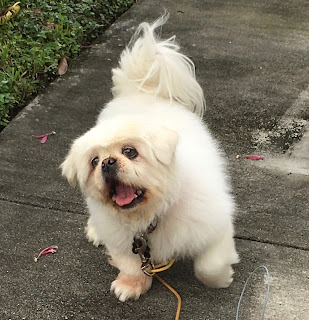 He wanted to tell me what happened to him though-- you can see he's ready to tell me a story! 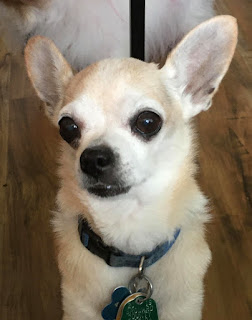 Cheech, Jelly's brother, bumped his mom's TV tray.   She was relaxing and having some cheese and crackers and wine.   (Cheech is 14 now.) 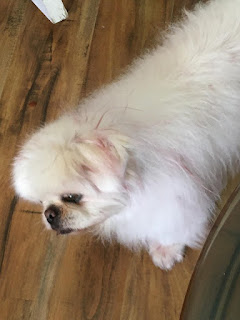 Jelly had some wine highlights for awhile-- but he didn't move!  He knew cheese had hit the floor and he was trying to figure out where it was! 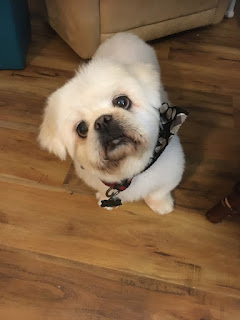 Oh Jelly ..... you poor boy but life is fine now in Florida with Marilyn .... especially those wine highlights!

So happy for him .... after such a awful start in life.

What a life, Jelly! Next time Cheech knocks over the wine open your mouth! 🤣