GRANGER-- MINDING HIS OWN BUSINESS 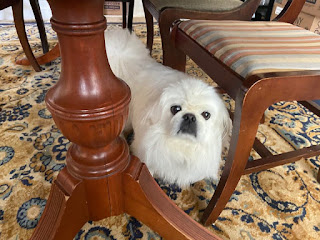 Granger is my granddog. 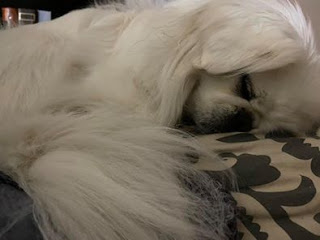 He was just resting, and minding his own business. 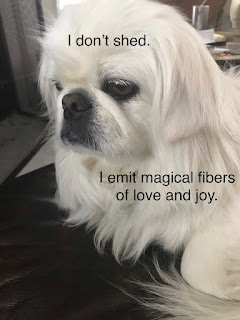 Okay, so he sheds.  All Pekes shed.  If you say yours doesn't, you're fibbing.   LOL 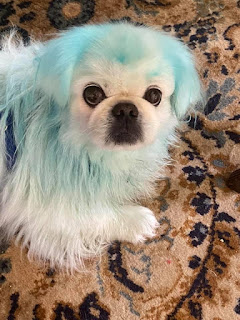 His kids decided that his magical fibers should have a blue tint. 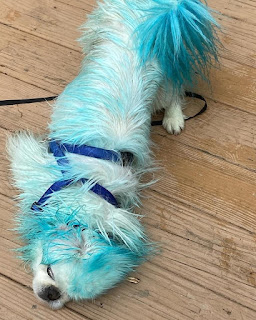 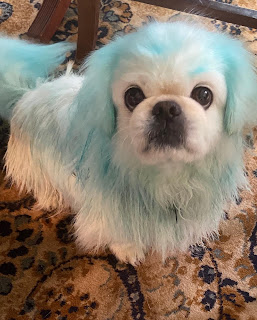 His kids are home.   They are bored.  So, science experiments sounded like a great idea!   All in the interest of learning, of course. 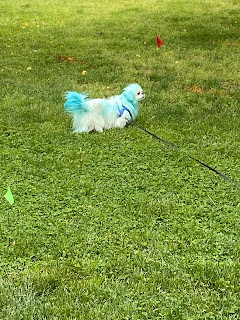 He went on a walk, and even met another blue dog!   Go figure.   Have you done anything strange since you've been on house arrest?    I think Granger loves having his family home-- but he might want to do without the extra treatment.  😮😉 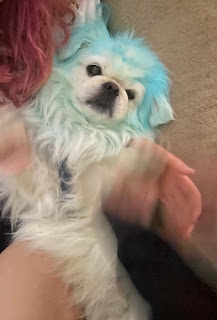 Poor Granger.  (Really— one sister has pink hair and the other has aqua hair- it wasn’t just Granger who got a new look!)
Posted by Linda at 12:30 AM

What fun...for the kids, Granger is withholding judgement until he learns how long it takes to fade out his blue-green tinge that is.

Our Gang of Three have been relatively laid back this past week with the one embarrassing incident with that new Fed-Ex guy who didn't know that the 4 boxes from Chewy.com was what our bunch was waiting for delivery.

I'm sure he'll bring treats the next time like our regular delivery person does.